Graduation Tales: “I never thought I was good enough for university” 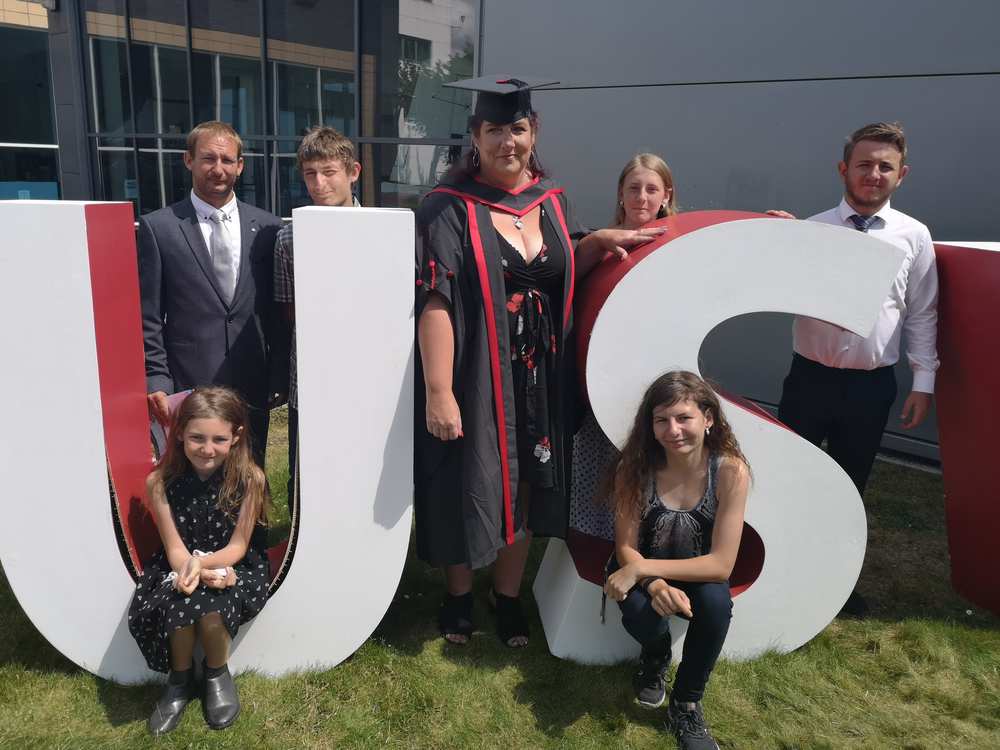 A mother of five from Blackwood is on her way to a dream career in Law as she graduates with a Law degree from the University of South Wales.

Helen Taylor decided to go back to college when her youngest child started school – and at the age of 36, was one of the oldest in her class.

But she has proved that age and background are no barrier to education, as despite leaving school with just two GCSEs, she has excelled in her studies and has gained a 2:1 degree in LLB Legal Practice (Hons).

She said: “I left home at 16 and got a place of my own, which was really difficult as I didn’t enjoy school and didn’t feel I could continue living with my parents. I didn’t take the conventional route of education – becoming a young mother was a huge learning curve, and I knew I had to provide for my son, so I started a part time job when Jack was little.”

She met her partner, Chris, in 2004 and just a year later, faced the heart-breaking news that her father had cancer. He chose the names of her twin daughters, but tragically passed away two months before they were born.

After having Alysha-May nearly a decade ago, Helen grew much closer to her grandmother, who provided emotional support and became like a third parent to her children.

“At the time, Chris was struggling to find work and our financial problems really took a toll on us emotionally,” said Helen.

“Then in 2014, when Alysha started school, I decided to take the plunge and go to college. I wanted to get a job that fitted around school hours, and start making a future for our children. I had grown up with very little and I didn’t want the same for my family.” 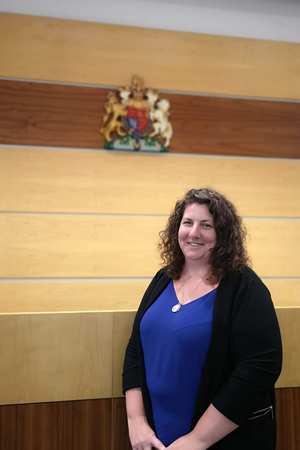 Helen completed a course in Business and Administration, as well as a legal studies course, at Coleg y Cymoedd – and surprised herself by achieving a distinction.

Her tutor, Helen Jones, encouraged her to think about university, and she then completed an Access to Higher Education course in Business at the college, alongside re-sitting her Maths and English GCSEs.

She added: “That was just the push I needed, as I didn’t think I’d be good enough to go to university. I had finally found something I was really interested in, and after achieving distinctions in every module, I was given an Outstanding Student award, which helped my confidence massively.”

Thankfully, Chris secured a full-time job at Groundwork Wales in 2016, and was able to support Helen to complete her studies. She enrolled at the University of South Wales to start her journey towards becoming a solicitor, making two train journeys to get to her lectures.

Helen said: “It was very daunting at first, because I was one of the oldest students in the year and had no experience of writing assignments at this sort of level. However, my lecturers have been absolutely brilliant and have really helped me to enjoy this huge challenge. I’m so glad I didn’t give up on my dreams of become a lawyer.”

Sadly, Helen’s grandmother passed away at the end of her first year at university, leaving her questioning whether to continue with her studies.

She said: “I found it very difficult to come to terms with losing her. She was my world. But I carried on for her sake, as I know she was proud of me for going back to education.”

The family went through further heartbreak when Chris’ grandfather died suddenly just a few months later, and faced problems at home when two of their teenage children were struggling with mental health issues.

During her final year at USW, Helen started working at the Legal and Financial Advice Clinic, which offers free appointments to the public with supervised Law students who can offer advice and support. She has enjoyed her time at the Clinic so much that she has chosen to continue working there beyond graduation, with the aim of gaining more experience to secure a training contract with a legal firm.

Helen’s son Jack has also started his degree course at USW, in Computer Forensics – a choice she avidly encouraged.

“My children are so proud of me, and now I can see Jack doing really well in his studies which makes me so happy. I’m living proof that whatever your background, you can achieve what you set out to. My advice to anyone thinking about university would be to just go for it.”