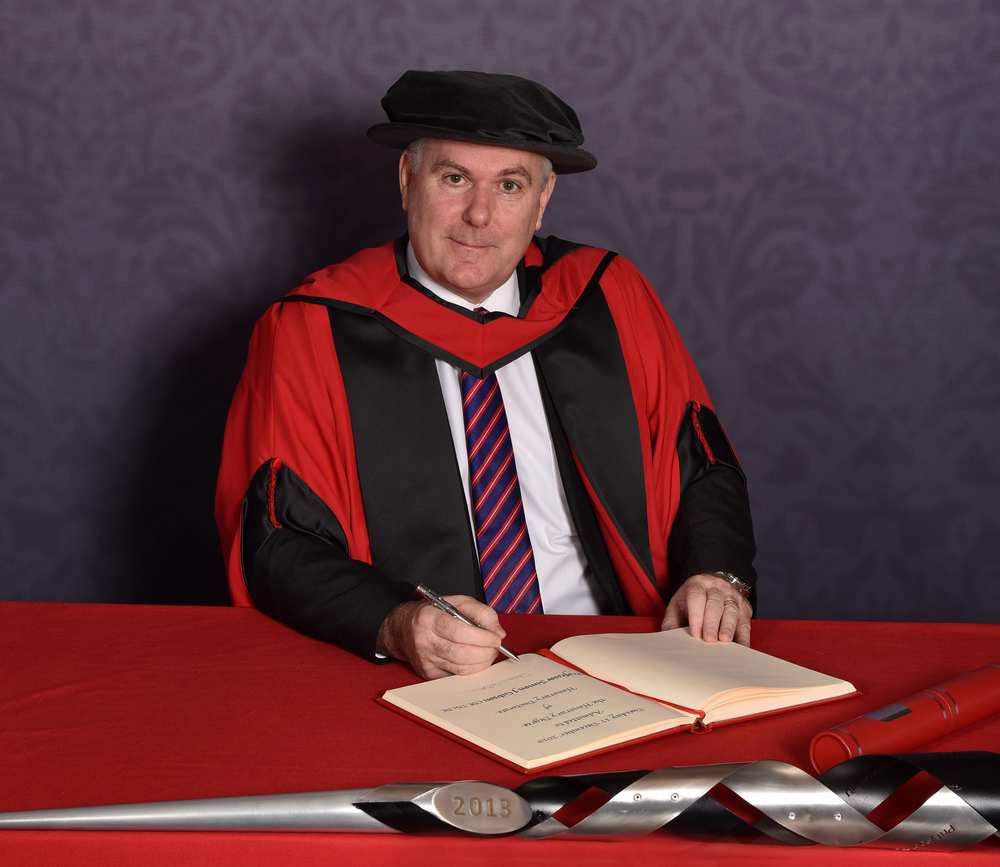 Professor Simon Gibson CBE DL, Chairman and Founder of the Alacrity Foundation, was awarded an Honorary Doctorate of the University of South Wales this week (Tuesday).

The businessman, who is also Chief Executive of global technology start-up firm Wesley Clover Corporation, received the award during the University’s winter Graduation ceremonies, held at its Treforest Campus.

Simon, who lives in Monmouthshire, established the Alacrity Foundation in Newport, with the aim of creating more home-grown technology companies by providing graduates with practical business training, software skills, mentorship from industry experts and access to start-up capital.

Before joining Wesley Clover, Simon was co-founder, President and CEO of Ubiquity Software Corporation, a pioneer in the development of media protocols and service platforms for the internet.

Simon was the founding chairman of the Wales Regional Entrepreneurship Acceleration Programme, working in partnership with the world’s leading university – the Massachusetts Institute of Technology – to develop the new Be The Spark entrepreneurship strategy for Wales.

He has also chaired the Newport Economic Network which has brought the private sector, public sector and education providers together to help develop an exciting strategy for the city’s future.

Speaking at the Graduation ceremony, Simon said: “It is a huge honour to be made an Honorary Doctorate of the University, after several decades of working in partnership.

“At Alacrity we strive to recruit the best graduates from USW, and together with our passion for education, the University is a key component in our local supply of talent. I look forward to developing our relationship with the University of South Wales in the future.”