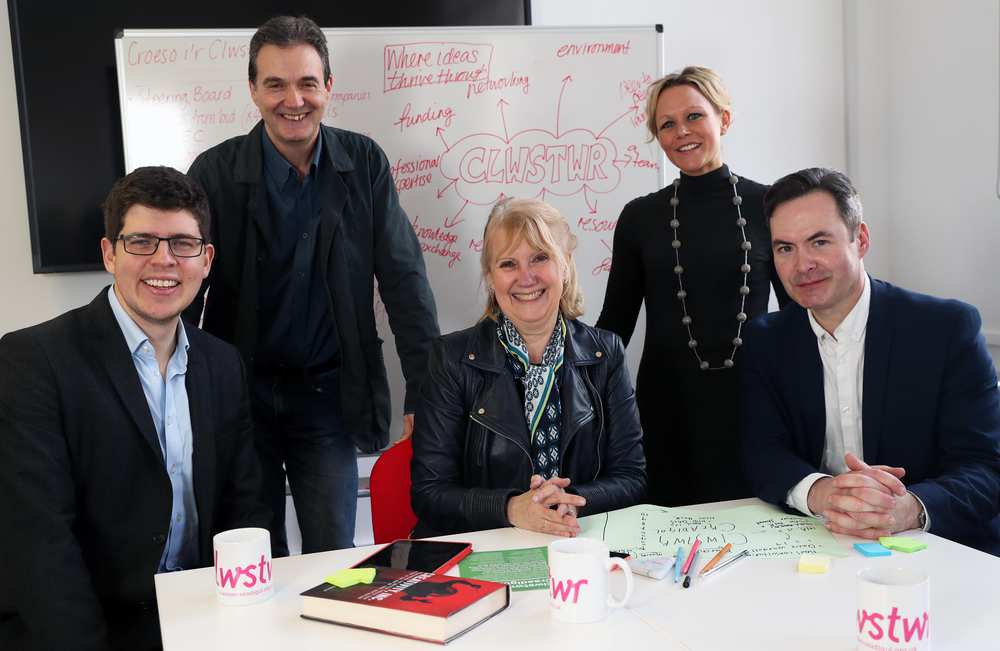 A multi-million pound programme to drive innovation in the screen industries is now operational.

Led by Cardiff University, in partnership with the University of South Wales and Cardiff Metropolitan University, Clwstwr is an ambitious five-year research and development (R&D) programme which aims to create new products, services and experiences to boost the sector in South Wales.

The full Clwstwr delivery team is now in place at its new home at Cardiff’s City Hall. This includes four producers who will set up, curate and oversee a range of R&D programmes.

Part of the Arts and Humanities Research Council (AHRC) Creative Clusters Programme, those working in the screen and news sectors will soon be able to apply for funding to develop ideas that could innovate their own organisations as well as the wider industry.

Businesses, organisations and freelancers are being invited to attend a series of briefings across Cardiff City Region to find out how they can get involved.

Clwstwr Director Professor Justin Lewis said: “We are delighted to be in our new home at Cardiff’s iconic City Hall. Now that the full team is in place, we will be sharing our expertise, our approach to R&D and how to apply for funding with the sector.

“Cardiff is now one of the UK’s biggest media production centres outside London. But if we’re to thrive in an industry dominated by big global players, we need to find ways to foster collaboration. The Clwstwr team is very much looking forward to putting innovation at the heart of the city, so that we can address some of these key challenges.”

Councillor Huw Thomas, Leader of Cardiff Council, said: “Clwstwr is such an important vote of confidence in the creative industries in Cardiff. To have you, in situ, in this brilliant building is really great to see. I hope that this becomes a focal point of creative innovation in the city.”

Ann said: “I am delighted to have been asked to Chair Clwstwr which has huge potential to do great things. For me it is a nice mix of creative and commercial, grounded in Wales but with a global perspective, practical but aspirational.”

Sally Griffith, former Director of Anim18: A Celebration of British Animation, joins the team as a Clwstwr Producer. She said: “Being part of Clwstwr is an exciting place to be. In my first month I’ve met people from across all areas of the creative sector in Cardiff. It’s inspiring to be working within a vibrant and diverse ecosystem which is full of potential and ideas, and to be in a position to offer the time and support needed to help develop some of that thinking.

“I love that Clwstwr is bringing together experts from across the spectrum of film, television, news and research, all working together to create something brilliant. Being part of a bigger family in the AHRC Creative Clusters programme is a unique moment for the Wales screen sector to collectively share our expertise and learn from partners across the UK.”

Businesses, organisations and freelancers interested in being a part of Clwstwr can attend a series of briefing events across Cardiff City Region on 19, 20 and 21 March. Visit www.clwstwr.org.uk/news-events to find out more.