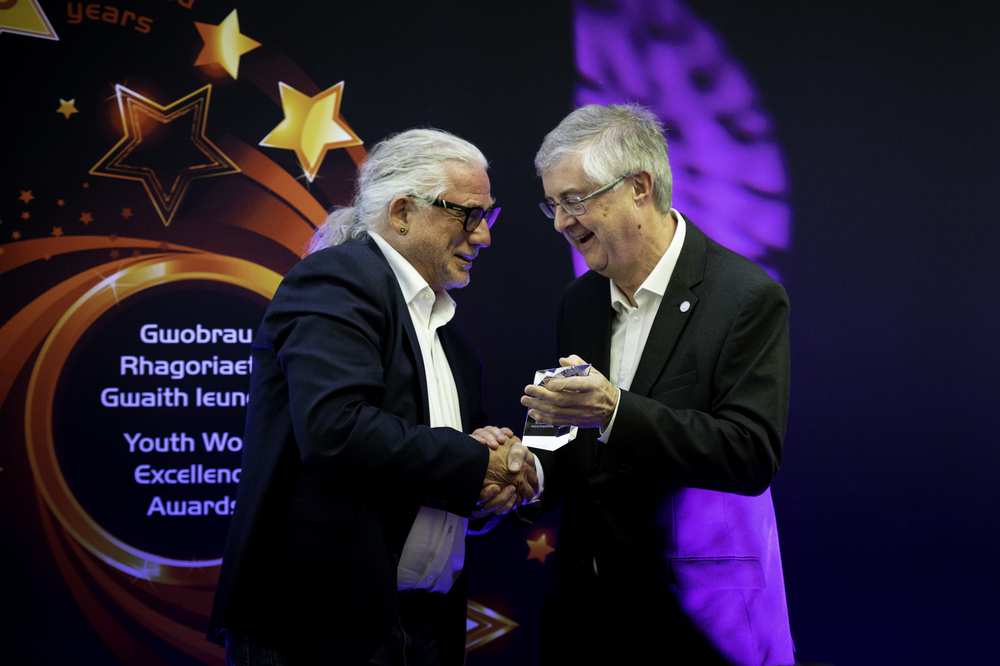 Professor Howard Williamson has been given a lifetime achievement award for his contribution to youth work in Wales over his long and varied career.

Prof Williamson began his career as a JNC qualified youth worker, and has retained an active interest in the development of youth work professionals in Wales and across Europe.

He is widely recognised as one of the leading European experts on youth policy. He regularly works closely with the European Commission, the Council of Europe and the United Nations on social policy affecting the lives of young people across Europe.

Closer to home, Professor Williamson has chaired, advised, and supported a plethora of organisations working with, and for young people in Wales, from the Wales Youth Agency to the Youth Justice Board, among many others.

He was honoured with a CVO (Commander of the Royal Victorian Order) in the New Year’s Honours List in 2016 for his work in supporting young people. He is also a qualified FAW referee, and can often be found on a football pitch on a Saturday morning to help provide opportunities to young people in his community.

Professor Williamson, said: “I was taken completely by surprise at receiving the award. I am delighted and moved that my contribution to youth work has been recognised by Welsh Government, and I look forward to continuing my work within this field.”