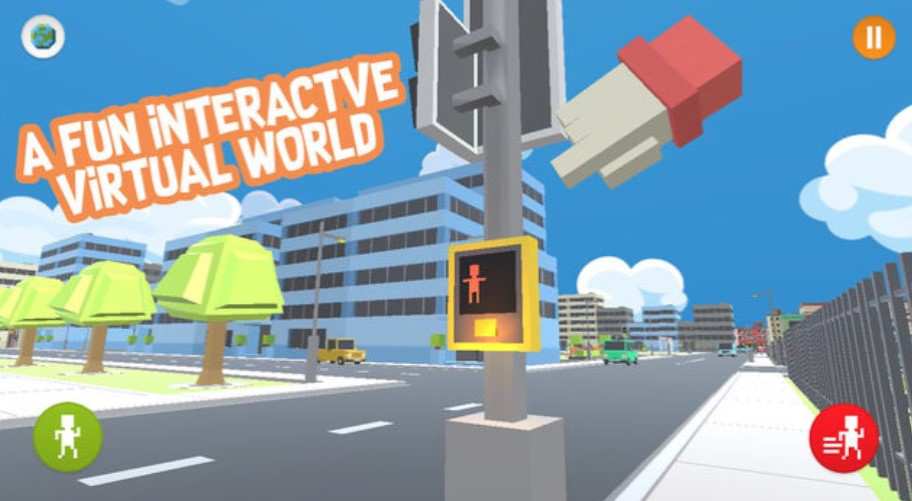 A FREE child road safety app, developed in conjunction with the University of South Wales (USW), has been made available on the Apple Store.

The app, ‘Virtual Road World’, immerses the user in a virtual environment where they are required to complete a series of quests that mean that they have to cross virtual roads to navigate around the city.

Dr Purcell said the app has been developed not to replace existing road safety educational practices, but to support and enhance current practice.

“I am thrilled to have Virtual Road World available on the Apple Store, and to know that it has already been downloaded in the UK and the USA,” Dr Purcell said.

“The opportunity is there to help educate children about a very real problem. After all, preventable pedestrian road traffic collisions represent the second largest cause of death for children aged five to 14 years worldwide.

This was established during the development stages of the test version of the game, during which Dr Purcell consulted with 100 primary school-aged children about the look and feel of the game, and collected in-game data from more than 200 children, aged between seven and nine, at schools in Newport.

“The more children get into the game, the more opportunity they have to understand the risks and make safer decisions about where and when to cross the road,” added Dr Purcell.

“With the final game, which was developed in collaboration with Sugar Creative Studio in Cardiff, I hope that the app will now prove a fun and successful way of supporting road safety education for children of this age.”

Dr Reddy said the app featured several unique elements of game play that were based upon Dr Purcell’s research findings, such as ‘egotistical’ gaming, where the player was immersed in the game, being more effective than abstract representations, like the player just seeing a top-down map or simplified side view, as you would see in a side-scrolling game.

“The virtual view of a realistic roadside environment, on a handheld device, like an iPad, allows both immersion in the game, which could make a very real difference in the effectiveness of the app," he said.

"Avoiding traditional VR, which only allows one player to experience the game, enabled a more social way of playing, which suited the target audience of primary school children.”

Sally Lines OBE, chief executive of the Road Safety Trust, said she was keen to see the app in use across the UK.

“Virtual Road World goes beyond 3D video and games for entertainment, offering a fun and accessible way to help children choose safe road crossing sites in the real world, even though they are able to use it in the safety of the classroom,” she said.

“Dr Purcell and members of her team have run their project with discipline and efficiency, and have succeeded in delivering a first-class product that really can make a difference in making children safer on the roads.”

Dr Purcell was awarded a grant of £67,468 from the Road Safety Trust in 2016. The project drew on academic research about the way children learn about road safety, and succeeded in producing a freely available game using the latest technology, with a short guide for teachers in its use.

To access the app, simply search for ‘Virtual Road World’ on the Apple Store.