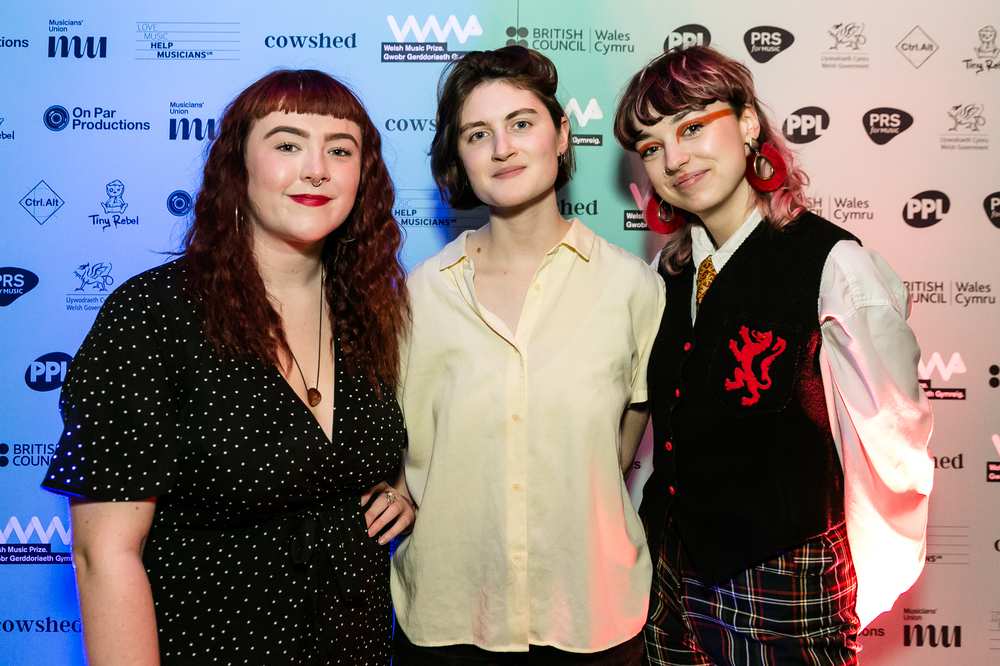 A University of South Wales (USW) student has been announced as the winner of the Welsh Music Prize 2019, with her band Adwaith.

Adwaith were announced as the winners with their album, Melyn during the award ceremony at The Coal Exchange last night (Wednesday 27 November).

Lucy Squire, Academic Subject Manager for Music and Sound at USW, said: “We are thrilled for second year BA Popular & Commercial Music student Hollie Singer, and her band Adwaith, winning the Welsh Music Prize 2019 with their album Melyn. The prize is a worthy testament to this talented, exciting young band who have worked hard to make things happen.

The win comes fresh off the back of Adwaith playing M in Montreal this week. In their acceptance speech they said: “This is so insane! Thank you to everyone that bought the album, and everyone that has helped us and supported us.”

Announcing their win, BBC Radio 1’s Huw Stephens said the album was “a very exciting and deserved winner from an exceptional shortlist. Adwaith have made a real impact with their personal, beautiful music that captures what it’s like to be young, female, frustrated and bewildered at the world we live in.”

Peter Leathem, Chief Executive Officer, PPL said: “Each year the Welsh Music Prize returns with a wealth of talent and creativity that reflects the quality of the country’s music scene. It has gone from strength to strength in the last decade, with events like Sŵn Festival and FOCUS Wales, alongside the Welsh Music Prize, providing a platform for artists to show their talents to the world. The rewards of this are now being seen; the Arts Council of Wales has described this period as “a golden age for Welsh music.

"PPL seeks to support the Welsh music industry not just through our involvement with these music showcases, but also by providing an important revenue stream to our members across the country. In addition, we also help Welsh artists develop their careers through our work with PRS Foundation, to whom we provide significant funding.

"To help support and showcase Welsh music is a privilege and we congratulate not just Adwaith on their win, but all the artists nominated and also featured on the long list. We wish them every success.”