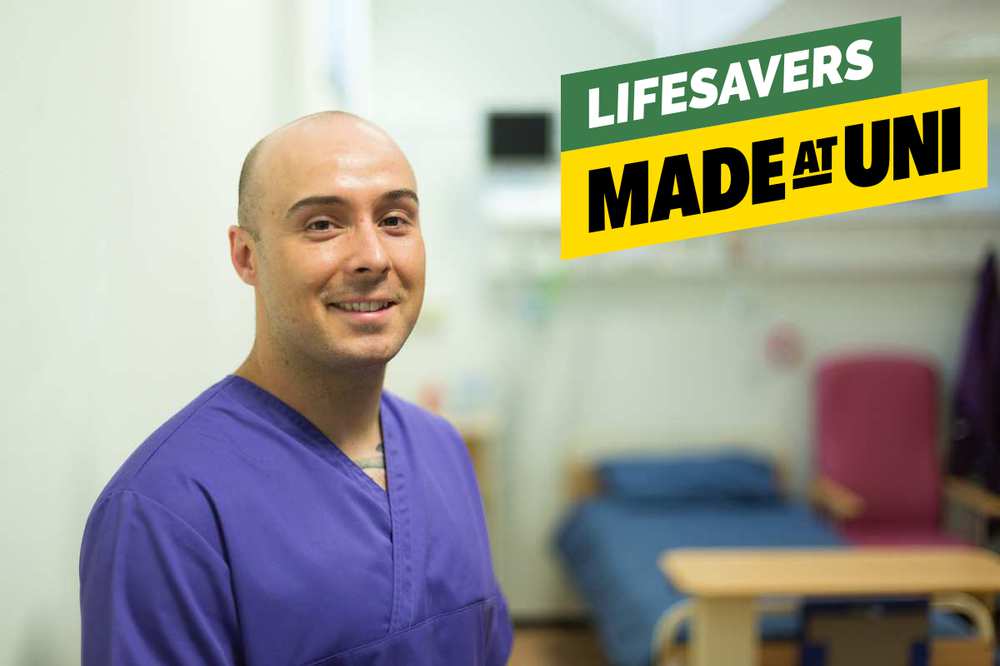 A STUDENT nurse from Pontypool has set up a specialist website to help others who may want to follow in his footsteps and, as a result, has become part of a national campaign to raise the profile of the work done by universities.

John-Marc Comperat, 32 – a learning disability nursing student at the University of South Wales (USW), who was last year named RCN Wales Student Nurse of the Year - has used the experience gained in his former career as a sound-engineer to develop Resource Buddy, a website that has assets to help those with learning disabilities and their families.

His efforts are also being highlighted during the national Made At Uni campaign, which is run by Universities UK to focus on the ways higher education has improved everyday life.

The free downloadable resources developed by John-Marc include those that can help with mindfulness and relaxation, to support communication, as well as activities to promote engagement and involvement. The idea came from a health promotion tool assignment he undertook while studying at USW, which John-Marc developed into the website.

“The idea started off as Thought Buddy and focused just on mindfulness, but I didn’t want to just stop there, so I took it further to include the extra resources and develop Resource Buddy,” he explained.

“Through my training and work I developed so many things that have helped me improve my practice, so I wanted to make them available to as many people as possible so they have it all in one place.

“It’s a one-stop-shop for learning disability information and support that has been proven to work, and can give patients and services users some of the help they need.”

John-Marc’s move into LD nursing followed many years of experience in health care – including working in phlebotomy, gastroenterology, A&E, and administration.

He decided to take up study after working for five years at Llanfrechfa Grange Hospital in Cwmbran.

"I enjoyed working with people, helping to achieve positive outcomes, liaising with a multitude of professionals and taking the time to build effective relationships," he explained.

"My observations of the learning disability nurses in practice inspired me, and eventually led to my time at USW, where I have been able to learn more ways to help people accomplish their personal goals and aspirations, and achieve a better quality of life."

John-Marc is also hoping that his story will give more people an understanding of his specialty as the sector celebrates the centenary of learning disability nursing.

“The language has thankfully changed, as has the understanding of what LD nurses do. People now see how important what we do is, and what we bring to the lives of people who we interact with.

“It’s a very challenging career, but very fulfilling and the feeling of achievement is hard to match. It’s great to be recognising the effort LD nurses put into supporting people with different needs.”

John-Marc’s resource is being highlighted during the Universities UK Made At Uni campaign on May 16, which will focus on how institutions make a life-changing difference to people’s wellbeing and mental health, and are at the forefront of some of the most important medical discoveries and innovations.