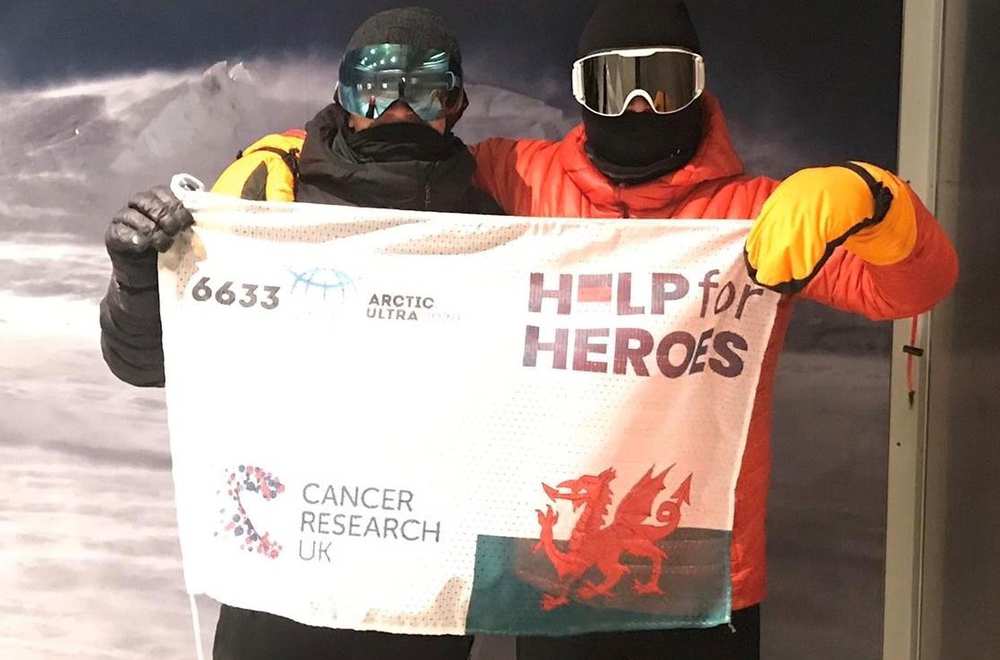 A Brecon man who scaled South Wales’ biggest mountain, Pen y Fan, every day for a year is set to brave the Arctic.

Des Lally will pull on his walking boots to take part in the 6633 Arctic Ultra, a 380-mile non-stop race on foot to raise funds for Cancer Research UK and Help for Heroes.

The 44-year-old will start the gruelling, self-sufficient, challenge, on 27 February and finish on the famous Arctic Circle nine days later. This extreme, ultra-marathon is regarded by many as the toughest, coldest, windiest ultra-distance footrace on the planet.

Des said: “The chamber itself was amazing. It’s just given me an idea, and an insight into when I get out there, when those temperatures do arise, that I’ve experienced this before and it’s not going to be such a shock.”

Des who last year raised over £60,000 for charities Cancer Research UK and Help for Heroes by climbing Pen y Fan in the Brecon Beacons 365 times in one year, is hoping to raise even more money.

Des said: “I’ve never done anything like this, and I am particularly nervous about the freezing conditions. I feel like I have done everything I can to prepare and I feel mentally and physically ready for the challenge ahead.

“The two charities are really close to my heart. The courage shown by people going through cancer keeps me inspired. When I think of what they go through and just how many lives are affected by it, I think I want to keep going to raise even more money. I have so much respect for members of the armed forces. I want to help these two fantastic charities to continue their invaluable work.”

USW helps the NHS in the fight against Coronavirus