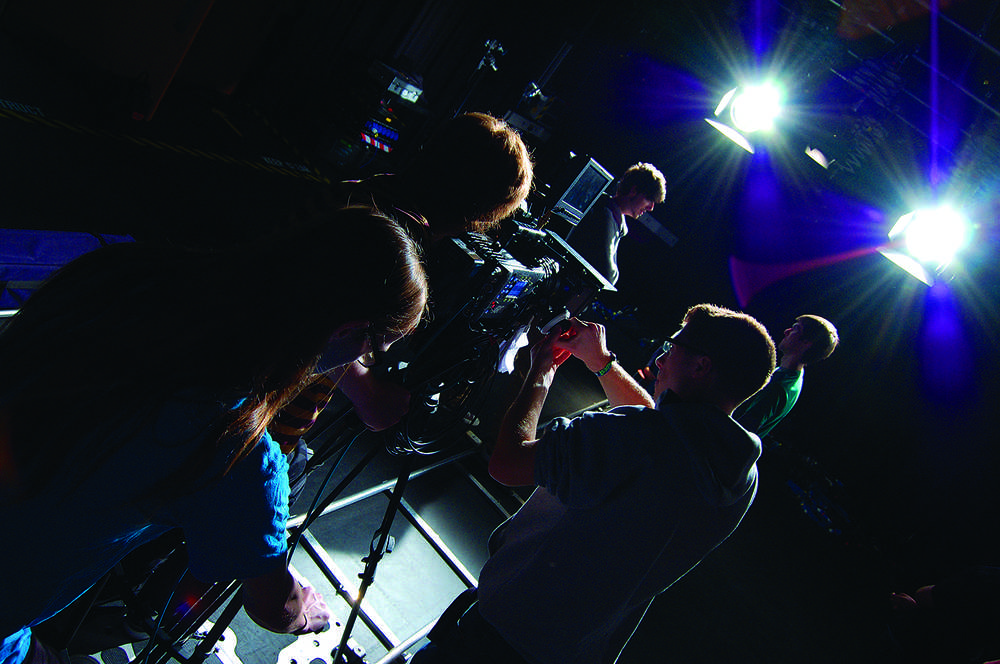 The BBC has been heavily trailing four-part JK Rowling adaptation Strike: Lethal White. The crime drama, which follows private detectives Cormoran Strike and Robin Ellacott, is the fourth instalment in Rowling’s Robert Galbraith series. It starts on BBC One on Sunday, August 30.

Yet Strike: Lethal White is a pre-COVID production, having wrapped up filming before the pandemic got underway. Many other productions were put on hold, including series ten of cheery crime drama Death in Paradise. So it was striking to see that it recently became one of the first BBC drama productions to restart filming.

Filmed on French Caribbean island Guadeloupe, the show relies heavily on external shots showcasing the exotic backdrop. There are few intimate scenes, so this prime time show is both soothing for an exhausted UK audience and logistically easier to film at a social distance – making it a good choice for restarting production early.

Nonetheless, there have been substantial changes to filming, including employing a full-time COVID-19 supervisor to make sure safety protocols are followed correctly. Originally thought likely to air in January, the launch date is unclear at present, but viewers will be glad to see that at least some new drama is being lined up for the months to come.

Elsewhere, the news is not so good. Many productions still haven’t resumed because everyone, including actors, has to be tested for the virus and create a bubble for the period of filming. Often actors are booked a year in advance, as are some directors. There have also been issues securing insurance. So we’re still not at a point of being anything like back to normal.

This knock from COVID-19 will have long-term implications for the TV drama sector. It has also thrown into sharp relief problems that were there all along but used to be easier to ignore.

The price of TV drama

An abundance of British-made content, including Killing Eve, Bodyguard and His Dark Materials, appears not only on UK channels but also globally via Netflix, Amazon and BritBox. This suggests a sector in rude health – but it masks a harsher reality for workers in the sector.

The industry is hugely dependent on freelance workers, who earn a living by being paid per production. This allows for cost-efficient and mobile filming - hence why Guadeloupe can appear on our screens. But moving from one project to another means that many workers experience fallow periods with no income. This lends itself to inequality and to some extent diversity, since who can afford not to work for weeks or months at a time?

This precarious work situation has been exacerbated during the pandemic because the UK government does not fully understand that this is how the industry now works.

Trade union BECTU, for example, noted how creative workers had fallen “between the gaps” of the government schemes to help UK workers during the pandemic. Because many production workers hired on PAYE fixed-term contracts were not on the books as of February 28, they were considered ineligible for the furlough scheme.

The many in the industry who operate as sole-person limited-liability companies did not qualify for support either. The industry has made it normal for ordinary production workers to work in this way, to professionalise the sector and be as tax-efficient as possible. But this was thanks to decades of successive government policies that encouraged “flexible” working and cultural entrepreneurship at the cost of contractual certainty and employment rights.

As a result, many thousands of creative workers are on the breadline, facing uncertain futures and, in some cases, redundancy. Overall, UK television drama may be globally competitive and seen as a precious cultural asset – but the industry’s efficiencies weigh heavily on many workers who feel that the UK government has abandoned them.

In the absence of robust government support, the industry pulled together numerous funds for those facing financial hardship. These included Film and TV Charity’s COVID-19 Film and TV Emergency Relief Fund, which in April distributed one-off grants totalling £3 million. Funded by Netflix, the British Film Institute (BFI), the BBC, Sky, Warner Media and private donations, it offered stopgap grants of between £500 and £2,500 per person, and was oversubscribed.

The BFI, public service broadcasters, and national screen agencies also offered various bursary schemes. But again, these offered small amounts, making it clear that the funds at the industry’s disposal are very limited.

From our many conversations with people in the industry, we know that drama producers are now dealing with new safety protocols, rethinking filming practices and renegotiating insurance arrangements. This has had a knock-on effect on production budgets, which were already struggling to keep pace with audience expectations, and local production costs being driven up by rising demand from wealthy global companies like Netflix and Amazon.

In the UK, as we have discussed elsewhere, the public broadcasters remain the biggest investors in original drama, so workers heavily depend on them. But here too the pandemic’s effects are being felt. ITV and Channel 4, for example, have reported substantial losses of advertising revenue.

Their cumulative revenues had already declined by 3.5% in 2019 to £2.2 billion – and an expected decline in TV spot advertising of between 17% and 19% in 2020 will inflict considerably more pressure. Channel 4 has already cut its programming budget by around one-fifth and furloughed nearly 10% of its more than 900 staff.

With the UK broadcasters dependent on advertising revenues or – in the case of the BBC – the licence fee, the chasm in their content budgets compared to the big global players is likely to keep widening. The gap will be felt over the coming months and years, both by the independent production companies and the freelance labour force. But it may also be felt by viewers as they realise that the range and diversity of UK drama on their screens has become one of the invisible costs of the pandemic.