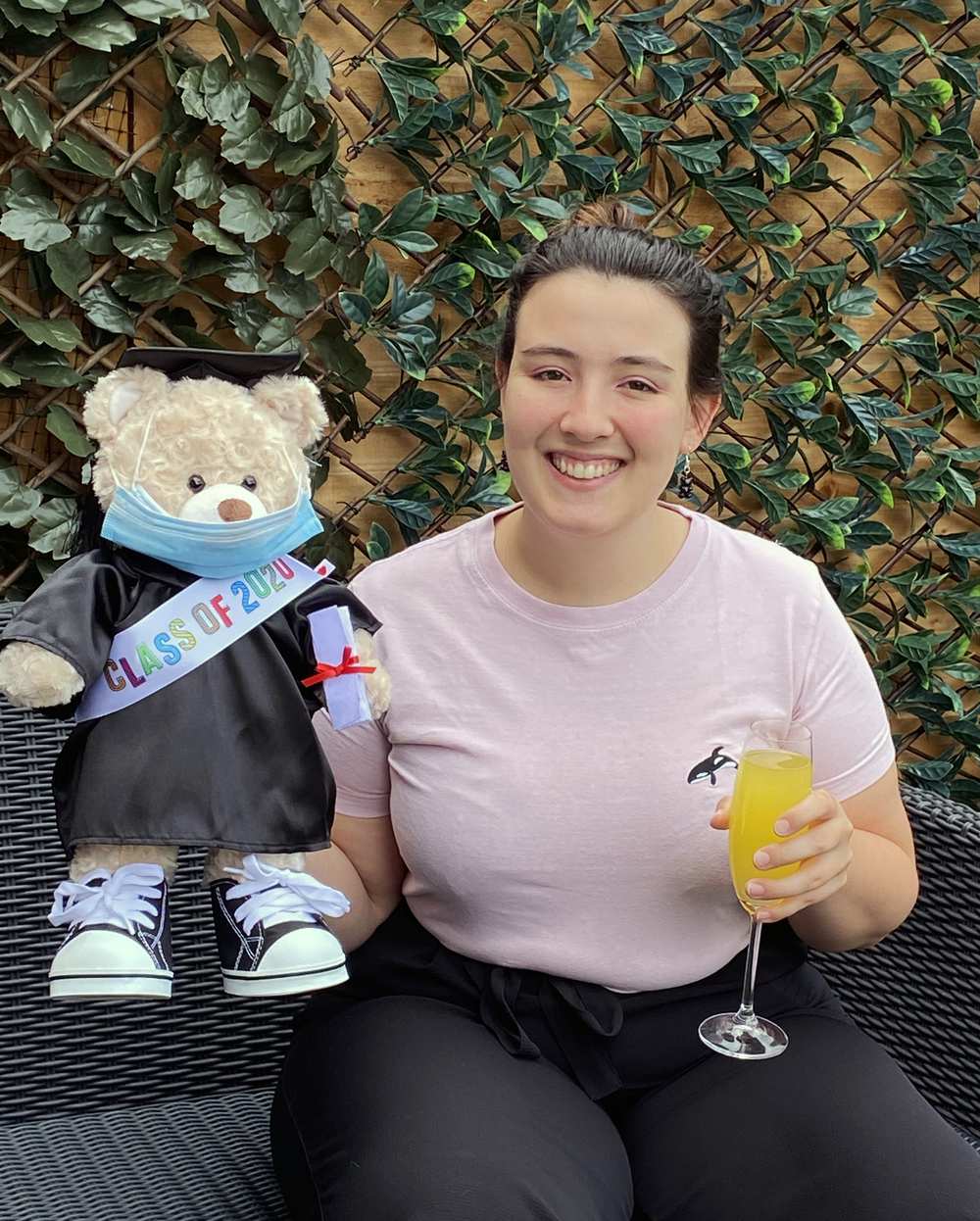 Anna Hill has had to overcome more obstacles than most during her journey to graduate from the University of South Wales.

The 21-year-old, from Worcester, was diagnosed with ulcerative colitis just months after starting her Police Sciences course, and was blighted by pain and exhaustion throughout most of her time at university.

But now, having been through a major operation to have an ileostomy (stoma bag) fitted, Anna is able to enjoy life again and is already planning her next career move – training to be a nurse.

“I was on holiday in Zante at the end of my first year in uni, when I fell ill,” said Anna, who lives in Warndon Villages and attended Blessed Edward Oldcorne Catholic College.

“Shortly afterwards I was diagnosed with colitis – a condition I knew nothing about. Other than having to use the toilet a lot, I had no idea just how much it would change my life.”

After trying numerous medications to get her illness under control, Anna planned to return to USW for her third year, before she fell ill again – this time having to be admitted to hospital.

“I had to go to A&E as the pain was so awful, and was told I was at risk of having a perforated bowel. That’s when I had the operation to have an ileostomy, where a stoma bag is fitted in place of your colon to collect waste products.

“At first, I was upset at the thought of having to wear this bag for potentially the rest of my life, but I quickly realised much easier everything would be.

“It means I have to be near a toilet to empty the bag regularly, but it’s a very small price to pay when my life had become so difficult before. I was exhausted a lot of the time, I’d gained weight from being on steroids and even the smallest of tasks felt difficult.

“But now, I don’t have to take any medication, I’m not in any pain and I finally feel as if I’m in control of my life again.”

Anna missed two months of study while she recovered from surgery, but thanks to the support from her tutors and family – dad, Alan, mum Sarah and stepdad Ken – she was able to catch up and complete all of her assignments and exams.

“My dad was able to work from home while I was recovering and helped me to finish my dissertation, which was incredibly helpful when the stress of my finals was at its peak!” she said.

“When I was first diagnosed, nobody thought I’d be able to even go back to study, let alone finish my degree and gain a 2:1, so I do feel a huge sense of achievement.

“They really worked hard to make sure I was coping, and it helped my experience massively to know that so many people cared.”

Now, inspired by the care she received while in hospital, Anna is considering a change in career to become a nurse.

She said: “I’d love to help others who are going through similar conditions, and reassure them that everything will be OK.”

Sharan Johnstone added: “Anna has a tenacity and zest for life that just won’t be beaten. Her resilience, her refusal to give up and be beaten by ill-health is a true inspiration to us all.

“As a course leader, it is a privilege to play a part in someone’s learning journey, and I feel especially privileged to have been part of Anna's journey. I will watch her graduate from USW with a huge sense of pride.”