Graduation Tales: From Poland to policing, Ela’s lengthy journey to a top-class degree 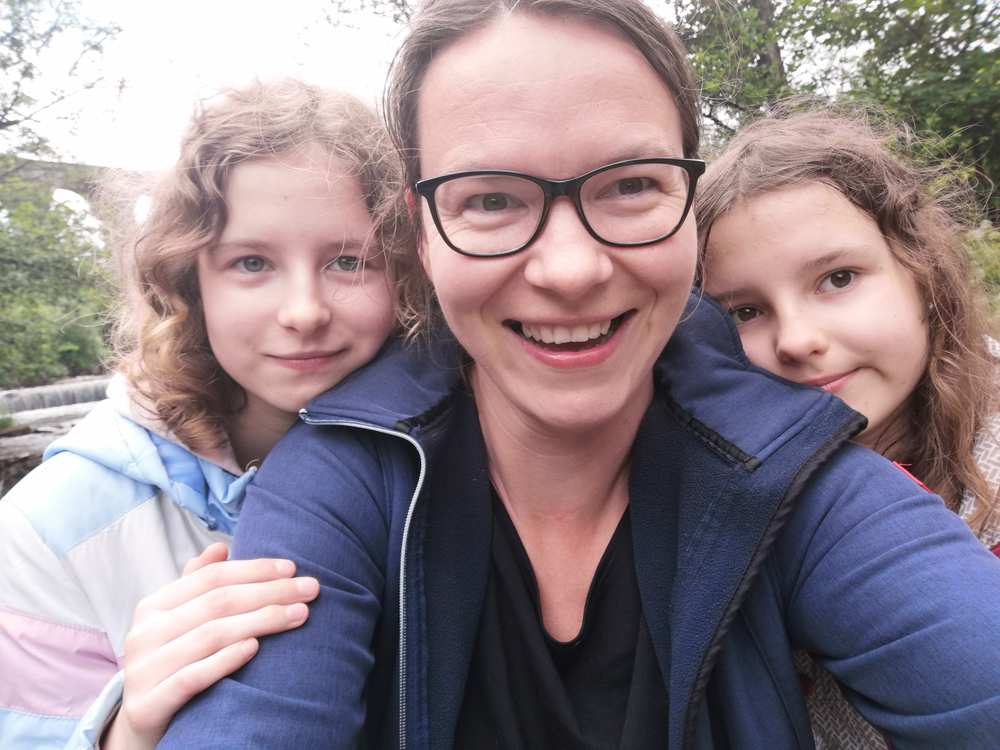 WHEN Ela Przeklasa moved to Merthyr from Poland 12 years, she not only brought with her a husband and young child, she also brought a burning ambition to one day become a police officer.

Now, after achieving First Class Honours in the BSc (Hons) degree in Police Sciences at the University of South Wales (USW), Ela is waiting to hear what options are available to her as she looks for a job in the force.

The news of her degree is the culmination of more than a decade of hard work by the 41-year-old , who’s now a mum of three.

“Two of my sisters had moved to Wales and, being a close family, I wanted to be near to them, so we moved to Merthyr,” she explained.

“When settled I got a job in a factory, where I worked for four years, but knew I didn’t want to do that for the rest of my life and had an ambition to join the police at some time.”

While holding on to hope of joining the force, Ela knew that one on the things holding her back was her limited grasp on the English language.

“I decided that enrolling in college would help me improve my English, so joined a Public Services course at Merthyr College, as it would also give me a better understanding of how the police worked” Ela said.

While on the course Ela attended an open day at USW, and it was here that she saw what was on offer for students and realised she had the ability to do a degree, which is now needed to become an officer, and eventually join the police.

After successfully applying to USW, Ela threw herself into the study and additional aspects of the course, particularly as a Student Volunteer for South Wales Police. A major part of the course, the work saw her assisting across the Missing Persons Team, CID, and with Neighbourhood policing.

“It was great experience to get involved directly with the force and to be able to help out, doing activities which gave me more self-confidence and insight in the policing” Ela said. “It adds a lot to the study, and highlights how the university course and volunteering with the police complement each other

“It opened my eyes to the range of possibilities where we could assist. It was and still is valuable experience which helped me decide on my dissertation subject.”

While volunteering for the crime prevention team in hospital, Ela was also able to use her native language to help detect crime.

“A lady, who could only speak Polish and was the victim of a robbery, was in hospital and needed support. I spent seven hours with her making sure that she was looked after, and she told me all about the robbery,” Ela explained.

“Being able to understand what she had said, I was able to help with the police inquiry and eventually it led to charge of the offender, and Citizens in Policing recognition from South Wales Police for the help I gave.”

Now the proud holder of a degree, Ela is looking at applying to South Wales Police this autumn for a role as a PCSO, which she hopes will be the first step to eventually becoming a detective.

And she has plenty of kind words for the people who have helped her.

“There were times when I thought about packing it all in and not continuing,” she said. “However, there were some very supportive people at USW who helped me when I was having these ups and downs, such as Academic Subject Manager Helen Martin, who helped me realise that I was capable of getting the degree, and my volunteering supervisor, PC Mike Perry from South Wales Police, for his support and guidance.”

“It’s been quite a journey, but I’m close to realising my ambition and can’t thank everyone enough for what they’ve done to help me.”

The Welsh Music Industries in a Post-Covid World

The world’s newest monkey species was found in a lab, not on an expedition