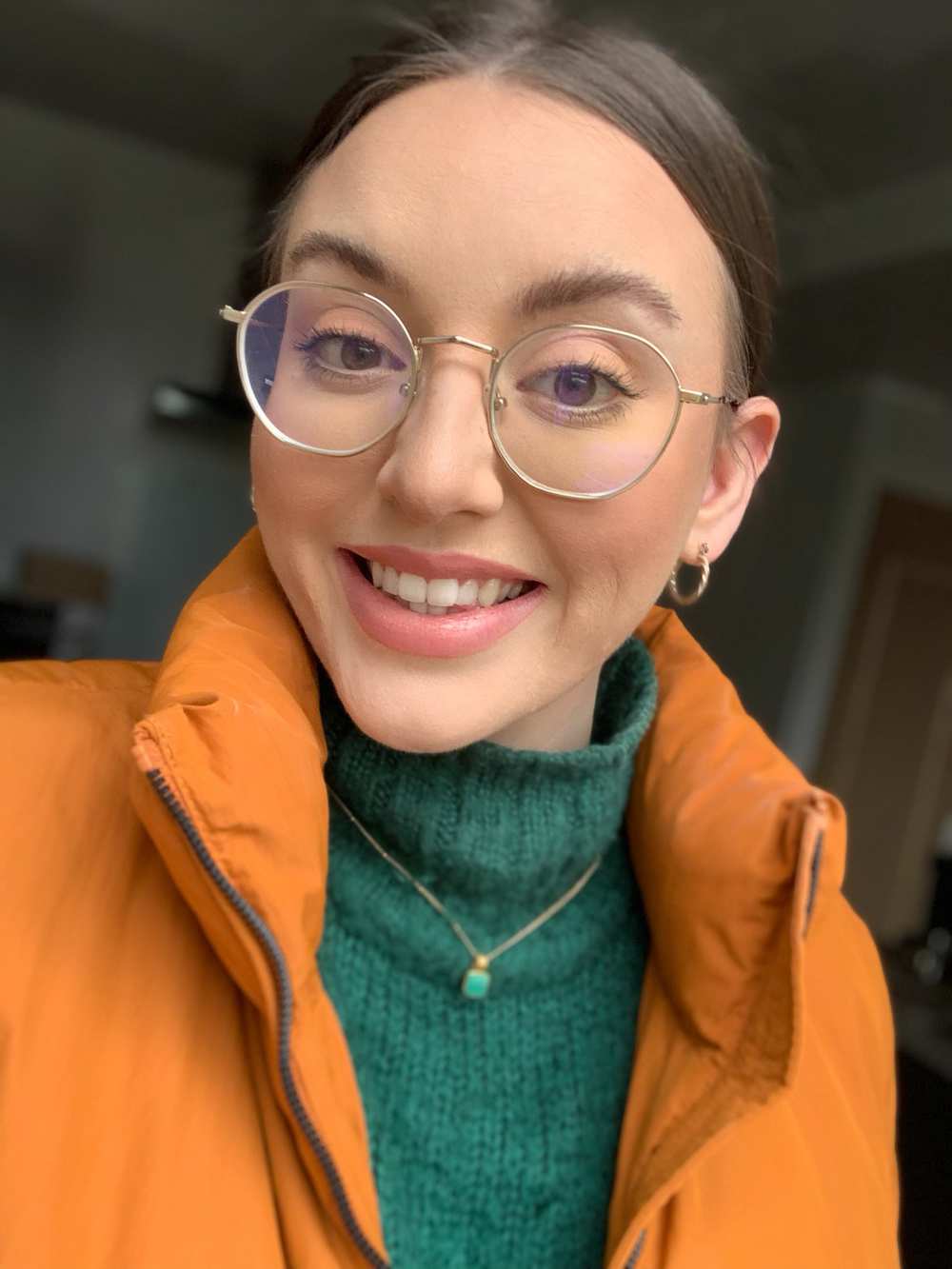 COMPLETING a degree can be difficult at the best of times, but doing it while battling visual impairment can make it a much greater challenge.

But that’s exactly what 25-year-old Olivia Carroll, from Pontypridd, has done. And not only is she graduating from the University of South Wales (USW) this month with a first-class honours degree in BSc Project Management and Surveying, she has already secured a job as a senior buyer with Network Rail.

Olivia’s challenges started when she was a teenager, studying in her first year at university.

“I went to a uni in Swansea when I was 18 but was hit by problems with my peripheral vision,” Olivia explained. “I went to see lots of doctors, but no one could properly diagnose what was going on, so I don’t actually know what causes it.”

After deciding that it was better to study close to home, Olivia enrolled on a degree course at USW, but was still struggling with sight problems.

“As I continued through my degree, my peripheral vision became less and less and I gradually lost the majority of it. Thankfully It’s stagnant now, and hasn’t changed for a very long time,” she said.

Facing up to the many challenges of losing her vision and trying to do the work necessary to get through a degree course, Olivia also began to suffer with understandable anxiety and insecurity.

The support from her lecturers at USW and employer, however, helped ensure she was able to continue with her study.

“Two lecturers, Shane Galvin and John Ryan, and line manager Carl Evans, were a massive support for me when it was at its height,” Olivia said. “It was something that I really struggled to come to terms with, it was a really stressful time because I didn’t know if I was going to lose my vision completely, and navigating how that was going to affect my life.

“Shane and John helped me through the course, and guided me in what support I could get to carry on with my studies. A lot of times, people who are in my situation, who don’t feel comfortable with their visual challenges, don’t want to talk about it, they’re more inclined to just drop out, which they feel is easier than trying to get over the barriers in their way.

“But the support I had from USW made it possible for me to continue, and to get the degree I have. It’s just important to make sure you ask for the support you need, however big your challenge, and do whatever you can to get through.”

As well as praising the study support she has had from USW, Olivia is also a big fan of the University’s careers service, through which she got her role at Network Rail.

“I had no experience outside of my degree, and none in the construction industry, but I was able to apply for a year in industry post publicised it through USW Careers website, and that’s how I ended up working here,” she said.

“After a year, they offered me a job and I’ve worked there ever since. If I didn’t go to USW I would never have had the opportunity to work for them.”

Although she is helping to break the stereotype of construction staff being predominantly male through her role at Network Rail, Olivia wasn’t ever driven by a desire to ‘break the mould’.

“I’ve never been one to ever think ‘this is a woman’s industry, this is a man’s industry’. When I grew up, a lot of my friends were boys and I have never seen that I should fit into a certain box,” she explained.

“And I was obsessed with TV series Homes Under The Hammer when I was younger. All I ever wanted to do was something in construction.”

There is, however, a different stereotype that Olivia is keen to break down – that of people’s understanding of sight problems.

“When I first had my issues, there was some embarrassment about my condition,” Olivia said. “Because I don’t look like I have any visual defects, a lot of people were trying to quiz me on things.

“What a lot of people don’t know if that something like 93% of people who are registered blind can actually see, but people assume that blind means you can’t see anything. I’m trying to change that.

“I also use a symbol cane while out walking on my own. That’s not really for my benefit, it’s a visual aid so other people are mindful of the fact that I can’t see properly.

“I’m completely comfortable now with what has happened to me, and what I have to do to manage things. What I’m hoping now is that I can educate people to understand more about what impact invisible disabilities can have on people, however they may look.”