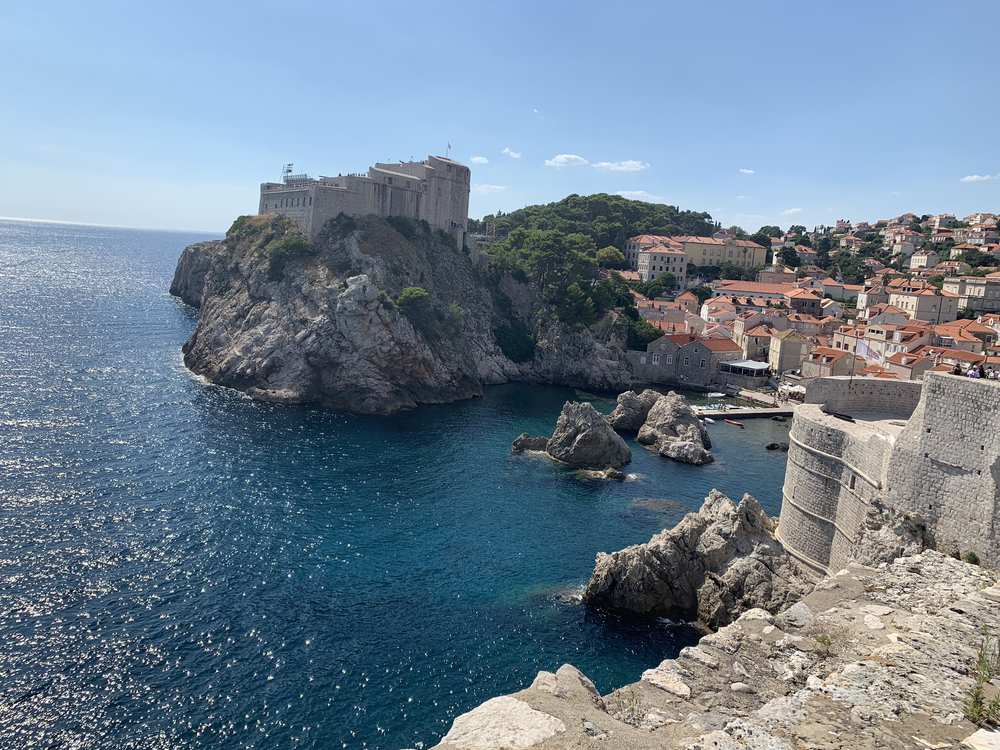 Fan tourism has been on the rise in recent years, as people seek out sites featured in the books, TV series or films they feel a connection with.

In the UK, tourism linked to HBO’s Game of Thrones has proved a particular success story. Before the coronavirus pandemic, 350,000 people visited Northern Ireland annually for Game of Thrones-related tourism, spending an estimated £50m every year.

Across the UK, a new industry standard named “We’re Good to Go” has been introduced, intended to give visitors confidence that tourism organisations are abiding by government standards. Tourism agency Visit Scotland has launched a marketing campaign to encourage local people back safely, as has Tourism Northern Ireland. Visits to sites beloved by fans could provide a valuable lifeline.

The visits taken by fans to these destinations involve an emotional relationship between space, place, memory and identity.

Being a fan of a film or television series allows people to identify as part of a group of fellow fans with the same interests. When they visit important sites, they may feel a sense of connection to other fans in the same place. They may also remember how they felt when watching a favourite film or TV show, and feel a close connection to those sites.

In my research, I have explored how visiting sites seen on-screen allows fans to use their imagination to inhabit fictional worlds that they can never truly visit.

Fan tourism includes visiting locations where films and TV series have been filmed, production studio tours – such as Warner Brothers’ Harry Potter Tour – and film-related theme parks. It also often involves the use of digital media technologies, such as social media, to plan trips and to share experiences with others afterwards.

Visit Britain has recognised the impact of film and TV locations on tourism. Visit England reported that screen tourism contributed between £100 million and £140 million to the economy in 2014.

This pre-pandemic success can be seen across the UK nations. In Scotland, locations associated with the TV series Outlander, based on a series of books by American author Diana Gabaldon, saw an almost 200% rise in visitors.

When faced with disruption and upheaval, we often turn to favourite books or shows to offer comfort and as a coping method. Fans may have re-watched favourite films or television series during lockdown to help deal with their anxieties.

However, they have been unable to visit important locations due to the closure of museums, heritage sites and official media tours. Being able to to finally go back to such places again allows fans to reassert their identities, to stand again in important spaces, and feel a sense of reassurance and security as things begin to get back to normal.

Fan tourists are a particular asset to tourist destinations because of their loyalty to specific locations. They may be more likely to want to return to important places before more general tourists. They may also want to support these sites financially to ensure their survival for future visits and for other fans.

Fans may also act as unofficial cheerleaders through their online connections on platforms like Instagram and Facebook. One popular fan practice is the sharing of photos and trip reports, or explaining how to find specific locations.

If fan tourists’ post-lockdown experiences are positive, they can be a valuable source of word-of-mouth recommendations that encourage both fellow fans, and more general tourists, to return to specific tourist sites.

Fans are likely to visit sites multiple times. Their repeat trips offer economic benefits for tourism providers, but this also means that they may have different experiences at sites over time as the coronavirus recovery progresses. They can use this to report on their trips, which may reassure others that it is safe to visit.

Already, films and TV shows beloved to fans are being used to welcome visitors back. For instance, a new mural of the characters in TV show Derry Girls has been unveiled at City of Derry Airport.

Fans’ close connection with texts and other media makes them a valuable asset. The relationships between media and fan tourists, local and national organisations, and businesses and operators look set to be more important than ever.