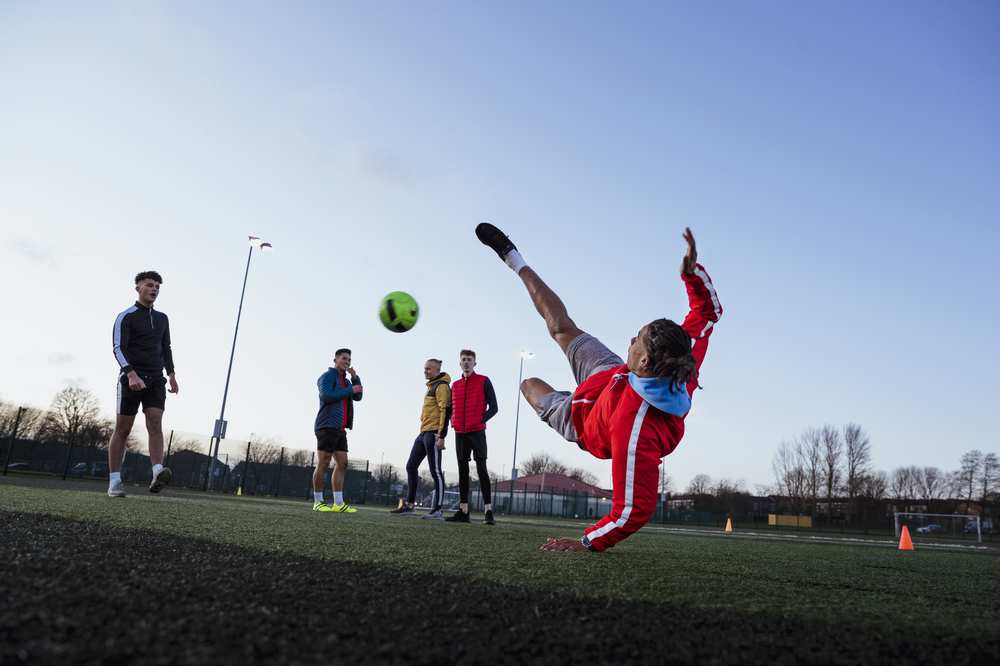 By Professor Mark Llywellyn and Philip Tyson of the University of South Wales, and Alecia Cousins of Swansea University

Playing football is a good way to get physically fit. But our new study shows that a regular kick about can also lead to improved mental health, social confidence and a sense of purpose.

As we explored the impact of the beautiful game on people with mental health challenges, many of the players we spoke to said their weekly games improved stress and anxiety levels. One commented:

I think when you have the adrenalin pumping it kind of flushes out any kind of negative emotions and stuff you have, almost like you kind of sweat it out.

Another said they went home after a game feeling “much more relaxed”, adding: “It would be great to do it every day.”

Other benefits included social connections, which some of the players we spoke to had previously struggled with. It appeared that football was instrumental in providing a common interest for players and coaches, and a subsequent bond. One player said: “You talk about what has happened on the field. That is what the ice breaker is. I think that is where people gain their confidence then to talk to new people.”

Another powerful element was the way in which becoming part of a team, sharing a pitch and a spirit helped to normalise their feelings and allowed them to build connections to each other as individuals and as members of a team.

The players we spoke to were mainly young men, for whom mental health problems are a particular issue. Suicide, for example, has been the leading cause of death for men aged under 34 in the UK since 2001.

Key to its success was the enthusiasm and commitment of the coaches, who were able to create a positive, inclusive environment for the players. For example, the programme was initially designed to be “non-competitive” but this changed after the coaches recognised it might not attract players, with one noting that “people with mental health issues are no different… I wouldn’t get out of bed to play non-competitive football”.

The participants recognised and appreciated the coaches’ dedication, which acted as a motivating factor for many of them to commit to the programme, with one commenting that “they are here putting all their spare time for all us to enjoy. They do a massive job, and we have a lot of respect for them.”

Treatment on the pitch

The mental health benefits described by the players in our study support previous research in this area. One recent review demonstrated that physical activity improved depressive symptoms, with results comparable to the use of pharmaceuticals. It also showed improvements in cardio fitness and quality of life for those with major depressive disorder and schizophrenia. Exercise-based interventions have widely been found to be as effective as psychotherapy for some people suffering from mental health difficulties.

Future initiatives should strive to develop a more structured communication between mental health service providers and potential participants. Crucially, they should also reach out to established clubs which have the facilities and personnel to help.

Our results add strength to arguments that sports-based programmes should be widely established as low cost, easily accessible and effective mechanisms for improving mental health in our communities.

After all, the prevalence of mental health difficulties has become a major concern for public health, with approximately one-quarter of the adult population currently experiencing mental health difficulties in some form. At the moment, such difficulties, which include anxiety and depression, are most commonly treated using pharmacological or psychological interventions. Yet serious consideration should be given by policy makers to exercise-based programmes, which continue to prove themselves as effective alternatives.

This article is republished from The Conversation under a Creative Commons license. Read the originalarticle.