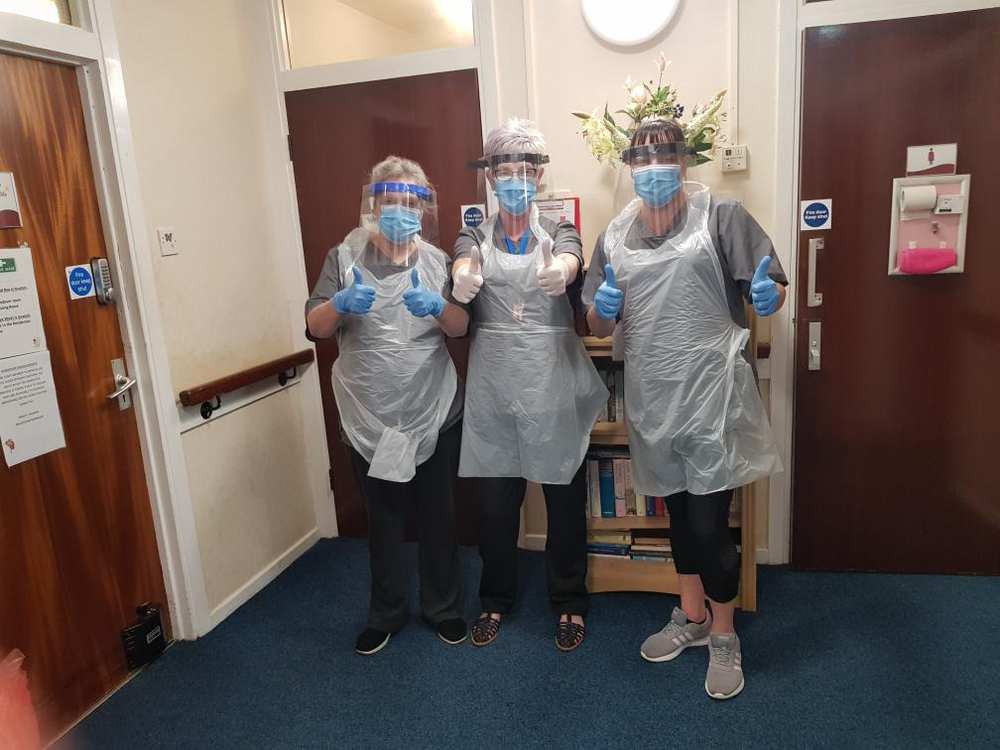 DOZENS of pictures of staff wearing protective masks produced at the University of South Wales (USW) have been shared on social media.

A team established in USW’s School of Engineering at the Faculty of Computing, Engineering and Science (FCES), started making the protective equipment last month, and have now delivered 1,300 visors to staff working at 60 different institutions, including the NHS, pharmacies, police forces, and care homes across South Wales.

Led by senior lecturer Dr Leshan Uggalla, the team produced the visors on 3D printers on USW’s Treforest campus, after they were given special permission to use the on-site engineering facilities.

“A new 3D printer was bought earlier this year for USW to support rocketry activities, and my colleague Helen Williams saw a video on the manufacturer’s website showing how to make the visors,” Dr Uggalla explained.

With the support of Adam Stubbs, Aircraft Maintenance Workshop Technician, who has wide knowledge of 3D printing, the plans progressed, and were developed further thanks to Peter Davey, Print and Design Services Manager.

“We needed a material that was suitable to make the transparent piece of the visor, and thankfully Peter had some stock in the print room that was perfect,” Leshan said.

“Within an hour of asking, one of Peter’s colleagues, Jamie Oldfield, was able to deliver it directly to the engineering department during the complete lockdown of campus premises.

“I also think it’s important to recognise the work of the full team - Adam Stubbs, Steffan Williams, Luke jones, Jamie Davies and Steffan Ward – who have been coming to campus every day between 10am and 4pm to make the PPE.”

The feedback has been very positive from those who have received the equipment.

‘‘I have to say the visors are fabulous. I used one myself for a resident who has just returned from hospital. It was very comfortable, easy to put on but stayed firmly in place during use. It was brilliant in that it did not steam up and was a perfect fit.” said Wendy Ticehurst, Home Manager of Hafod.

Dr Uggalla added that the effort to produce the visors has been backed by staff across USW.

“This has been fully funded by the School of Engineering at the University, and we’ve had support for the project from the highest level at USW,” he said.

Dr Uggalla added that the team will look at what PPE they can continue to produce for those who need it.

“Our current plan is to continue the work for the next two weeks, as there is a huge demand at the moment.  Early next week we will consider whether we have the capacity to continue to produce the visors,” he said.

“Whatever is decided, the team has worked very hard to do what we can to support the community around USW and are glad to have been able to help in whatever way we can.”

Blended approach to learning from September 2020