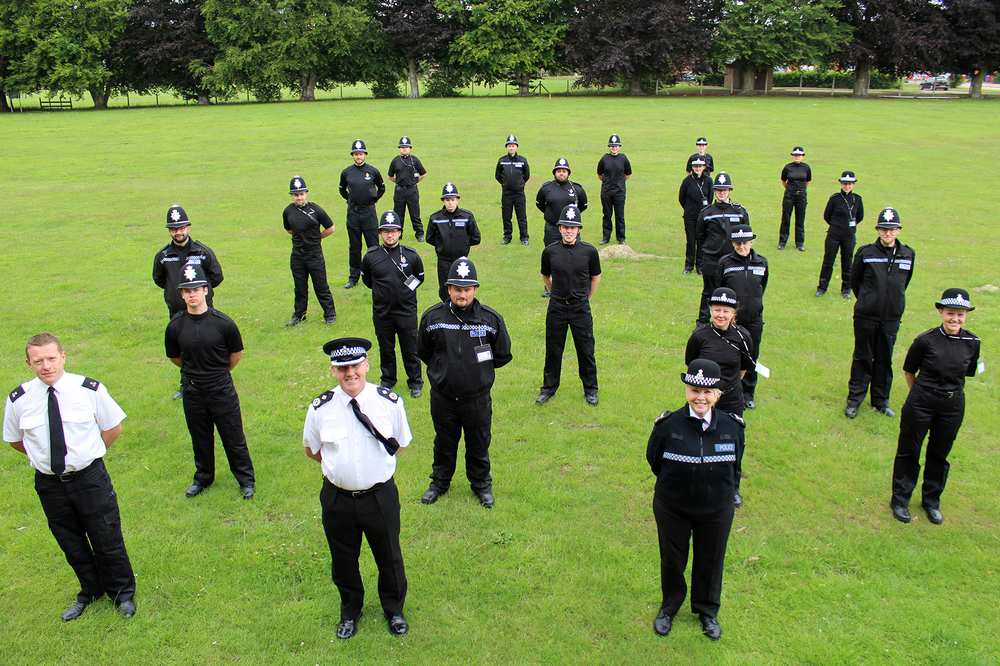 Wiltshire Police has welcomed the first cohort of student police officers this week as part of a new police constable training programme, in partnership with the University of South Wales (USW).

The training programme offers a three-year apprenticeship degree in Policing, or a two-year diploma for those who already hold a degree.

The new national entry routes for police constables have been set by the College of Policing to standardise professional qualification levels for police officers. USW is teaming up with Wiltshire Police to deliver the training from its headquarters in Devizes. 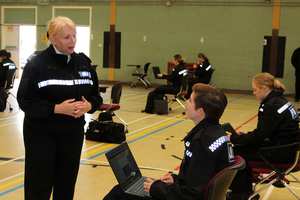 The 40 students came to police headquarters on their first day (Monday 29 June) for a briefing, to pick up their kit and to be welcomed to Wiltshire by Deputy Chief Constable Paul Mills and Wiltshire and Swindon Police and Crime Commissioner Angus Macpherson.

Due to Covid-19, the first few weeks of police constable training will be online and the course curriculum has been adapted for this purpose.

DCC Paul Mills said: “Our course trainers have done a fantastic job getting the new training programme up and running online, working alongside our partners at the University of South Wales.

“I am proud to welcome the first students to Wiltshire taking the new apprenticeship degree or the graduate diploma and wish them well with their policing careers. The introduction of the programme heralds an important landmark in the continued development of policing in the country, with all new recruits now graduating with a degree level qualification in policing.”

PCC Angus Macpherson, who began his working life as an apprentice with Hoover, sees the introduction of police degree apprenticeships as a real benefit to the force.

He said: “When we talk about apprenticeships, I'm a firm supporter. The training programme is ambitious and will benefit our officers, the force as a whole and the communities they serve. It also serves to show that policing is a demanding job, requiring professional skills and knowledge.”

Twenty five of the new students are taking the degree apprenticeship and the 15 who are already degree holders will take the diploma course – all are warranted full time police officers from day one.

During the initial 23 weeks training, they will study together in mixed groups, prior to joining community policing teams under tutorship to continue their academic studies, with protected learning time alongside being full time police officers.

Professor Peter Vaughan, Director of Strategic Projects: Policing and Security at the University of South Wales, added: “It’s fantastic to welcome the first group of officers into Wiltshire Police, who will be completing the new training programme with us, especially at such a crucial time for the emergency services in the UK as we respond to the Covid-19 pandemic.

“This is one of five police forces that we are working with across England and Wales, in partnership with the College of Policing. As a former Chief Constable myself, I believe this new offer will help to further professionalise the police service and we are looking forward to working together over the next few years.” 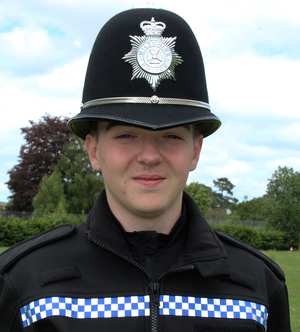 Ollie Venton, 21, is the first to progress from cadet to PCSO and now Police Officer, all with Wiltshire Police.

At the age of 14, he joined the very first Swindon cadet cohort after attending a careers evening at school, and has always been interested in a career in the police.

He said: “This is a great time to join the regulars, after being a Swindon PCSO for the last 18 months.

"I’m looking forward to starting the new apprenticeship, the structured approach it offers and having a clear career path mapped out for me.” 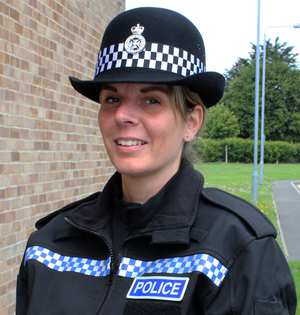 “It’s time to prove myself”

Jennie Howells is new to Wiltshire, with a 12-year army career behind her in the Royal Engineers, and, since returning from Germany to the UK, has experience of working with the NHS in her local hospital antenatal unit in Frimley, Surrey.

As a former soldier and mum of two, Jennie is excited at having the opportunity - at the age of 37 - to embark on a new career in policing.

She said: “Becoming a police officer really appeals to me.

"I want to make a positive impact on the community and also, it will be nice to prove to the kids that I can do this!” 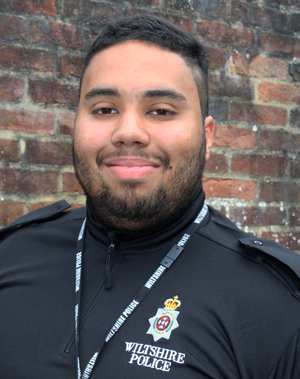 “This is a brilliant opportunity”

Philip Johnson, 20, is starting on the policing apprenticeship after 18 months working in the Devizes Crime & Communications Centre, handling 999 and 101 calls.

He applied straight from the Clarendon Academy in Trowbridge after taking A Levels and welcomed the support he got from the Force’s Positive Action team who supported his application.

He said: “I’m looking forward to working through the training modules.

"A career as a police officer is a brilliant opportunity to make a difference, and particularly to help vulnerable members of our communities.”