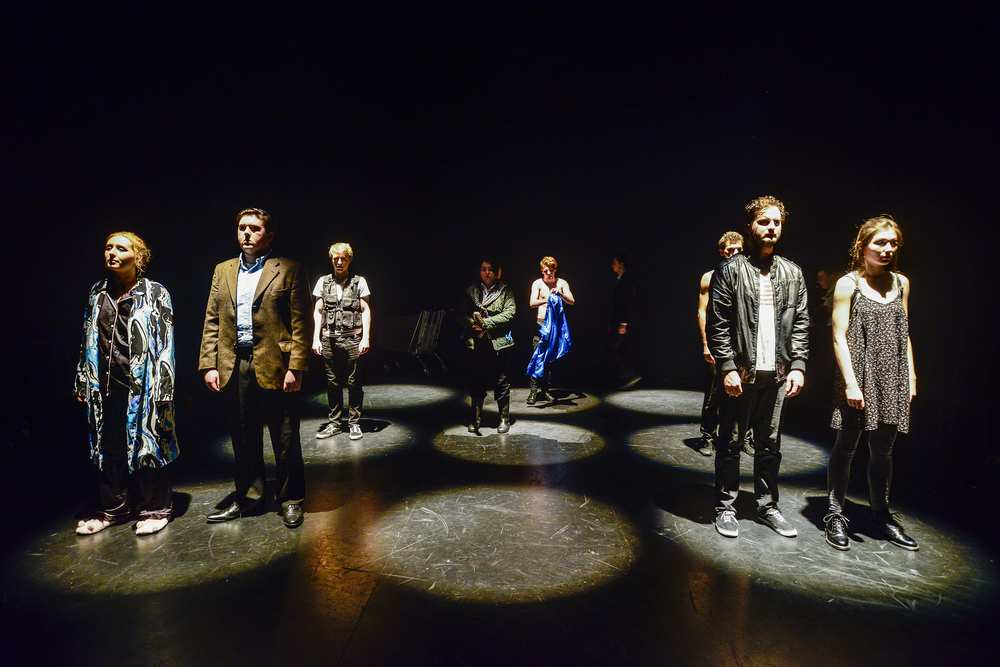 Academics in the field of theatre production through the medium of Irish, Scottish Gaelic and Welsh will come together for a unique conference this month.

The Ceangal | Cwlwm (Connections) conference, which takes place online from 26–27 November, will bring together practitioners from the areas of theatre creation, production, academia, policymaking and funding, who work in minoritised Celtic languages.

Among the speakers is actor Mali Ann Rees, best known for her roles in Keeping Faith, Hidden and Tourist Trap among many other television series, as well as musician and activist Andrew Ogun, who will both discuss equality, diversity and inclusion in the theatre industry.

Dr Sera Moore-Williams, Course Leader for Theatre and Drama (Welsh-medium) will also be speaking to BAFTA-winning actor and playwright Sharon Morgan, about how visible female playwrights have been in the history of contemporary Welsh language theatre.

Sam Ó Fearraigh, a writer and theatre-maker from Donegal, Ireland, is another of the speakers at the conference. He said: “We are often told – we who work in the minoritised languages of these islands – that we are on the edge. Physically and culturally we are pushed to the margins while innovation, artistry, and value are seen as the purview of an urban, English-speaking ‘centre’. It is assumed that our theatre is simply a weak attempt to imitate that of London or Dublin.

Ceangal | Cwlwm gives the lie to that assumption, demonstrating the range, creativity, and incisiveness of Welsh, Gaelic, and Irish-language theatre. But more important than that is the opportunity this conference offers us to re-imagine ourselves and our place in the theatre world. For while the ‘centre’ of the English-speaking cities might be far off, our fellow theatre-makers of the 'edge' are very close indeed. Ceangal | Cwlwm reminds us that we are not on the edge looking in at all, rather our place is at the heart of a vibrant, multilingual, international community of theatre-makers.

“For that reason, I was honoured to receive a commission from Ceangal | Dolen last year. I treasured the opportunity to create a piece of theatre not only for my own community, but for an international audience – adding another little beam to the bridge we are building between us.”