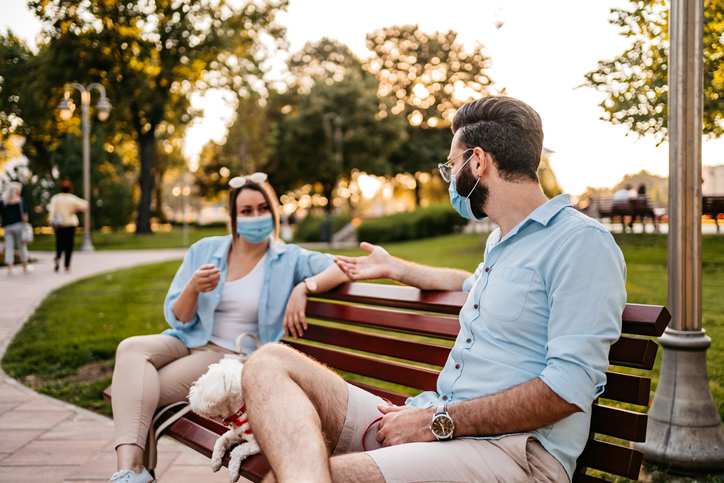 Loneliness levels rose during the lockdowns, but since restrictions have eased, people have not rushed out to find a new date. This has been given a name, “hesidating”, and is defined as feeling indifferent or ambivalent about dating, being unsure whether you want to date seriously or casually, or even if you want to date at all.

Some of the reasons why this might be a trend right now are worth exploring.

Initially it would seem that the loneliness experienced during the pandemic might motivate people to start to date again when restrictions were lifted. However, loneliness also results in increased rates of depression causing a sense of anxiety and trepidation for participating in and engaging with future social situations such as dating.

Therefore, the degree to which people hesidate may be explained by the aftermath of lockdown loneliness and isolation. This issue was explored in a study, which looked at the extent to which the symptoms of depression and social anxiety influence the use of online dating.

In addition to loneliness, the threat of disease prevalent during the pandemic led people to avoid contact with those who posed a risk of infecting them. In a time of potential infection, people tend only to get close to others when they are certain they will not be infected, and this may also influence a person’s decision to date.

Regardless of this however, humans are social beings and need to facilitate and maintain intimate relationships with others, including to produce offspring.

In a study which sought to investigate this competing motivation to form intimate relationships but avoid infection from disease, it was found that people with greater concerns about disease, were less likely to seek out or meet people they did not already know. More surprising, however, was that this avoidance behaviour even extended to video contact and online social interactions.

Those who have higher perceived vulnerability to disease may be less likely to risk meeting new potential partners through online dating situations, which also possibly explains the current practice of hesidating. Conversely, those unbothered by the risk of infection from others and who have a lower perceived vulnerability to disease may continue to date.

Hesitancy about dating may also be explained by the fact people don’t just use online sites to find romantic partners. Research has identified that many use dating app Tinder for casual sex, (a motivation which increases with age), ease of communication, validation (a Tinder match is often regarded as a measure of one’s level of attractiveness) and thrill or excitement (with men reporting this more than women). Furthermore, some 18% of people have reported a one-night stand as the result of a Tinder match, which strongly suggests that the app is not simply employed to find sustainable long-term dates.

In anticipation of the lockdowns, many people reported engaging in turbo relationships, which basically involves a fast-track to living together. The result of this is that perhaps fewer people remained in the dating market.

Similarly, this winter people are also talking about “cuffing”, which is defined as attaching yourself to or making physical contact with someone just for the cold winter months.

One possible explanation for cuffing is increased levels of testosterone in men during the winter months which leads them to seek out or look for the company of slightly more permanent sexual partners. In addition, the winter months are cold and dark when going out is less inviting. It would have been a good strategy for our ancestors to seek out the company of others during such a time, when they could potentially die from exposure to the cold and where the dark may have left them more open to attack from predators without the protection of others.

Dating right now can also be complicated by issues such as agreement on social distancing and mask wearing, or indeed whether people should take the vaccine. All of this combines to make dating more complex and more of an effort than before and may put off some people from looking for someone new.

This article is republished from The Conversation under a Creative Commons Licence. Read the original article.