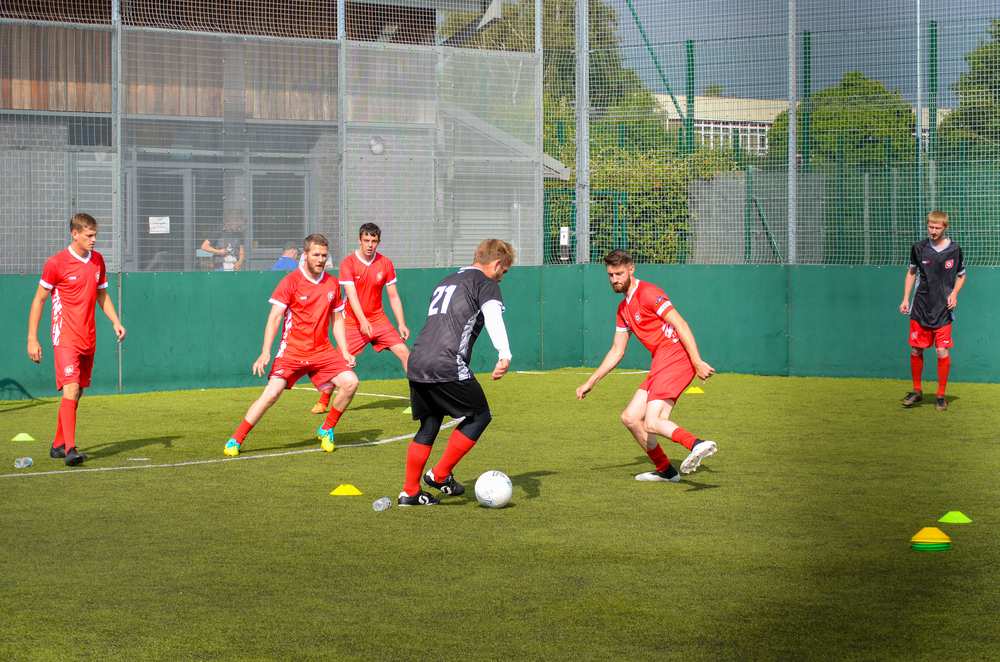 Students from the University of South Wales (USW) have been supporting teams from Street Football Wales on their journey to the Four Nations Challenge Cup, taking place in Edinburgh this weekend.

Street Football Wales (SFW) is a social inclusion charity, offering opportunities for people who have been socially isolated and excluded – including those who have experienced homelessness – to play football, make friends, build self-confidence and be part of a community. 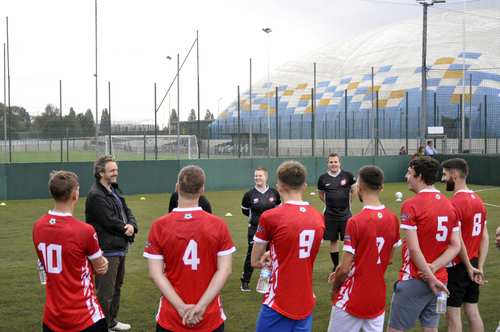 Actor Michael Sheen - the charity's patron - paid a visit to a training session this week as the men’s and women’s teams prepared to travel to Scotland on Friday (17 September).

The two-day competition, which will take place on 18 and 19 September and see SFW take on teams from England, Northern Ireland and Scotland in a series of four-a-side football matches.

Sports Journalism students Dafydd Jones and Matt Skinner, as well as Graphic Communication student Sam Ord, have undertaken placements with SFW in the run up to the tournament, supporting the charity and documenting their momentous journey, thanks to opportunities set up by the USW Careers team.

Scott Jeynes, Project Manager at Street Football Wales and a USW graduate, also used his connections to his former course – Sports Coaching and Development – to recruit the help of a third year student, Sian Cousins, to coach the women’s team. 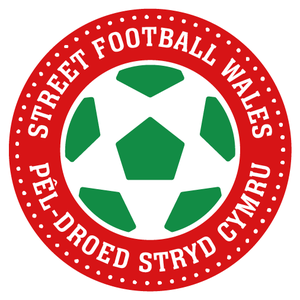 He said: “The impact on the players’ lives has been much bigger than the progress they’ve made in the past six weeks alone.

"They have made so many positive lifestyle changes – cutting down on smoking, alcohol consumption and substance misuse – because they want to be fitter and become the best footballers they can be.

“Football has meant that, perhaps for the first time in their lives, people are relying on them to turn up every week and be part of a team.

"Our aim is to substitute their bad habits with good ones – providing opportunities for exercise and to have a community around them – which is so important to us as a charity.”

Dafydd and Matt, both in their second year of Sports Journalism, have joined the players at training sessions to record interviews, capture footage of their games and write match reports.

They said: “This has been a great chance to see what Street Football Wales can do to make a difference to people’s lives. Even in the short time we’ve been following the players’ progress, we can how being part of a team has helped give them that support network.”

Sam, who is in her final year of Graphic Communication, has helped rebrand SFW and redeveloped their website, creating designs and content for their social media promotion advertising, merchandise and kit.

She said: “I jumped at the chance to work with such a great charity, after reading about their mission to use football to create a positive social change in Wales. I felt it was important for SFW’s brand identity to be fairly similar to that of the Football Association of Wales, so that it had that national feel for this tournament and beyond. I’ve thoroughly enjoyed working with SFW and hope to take on similar projects in the future.” 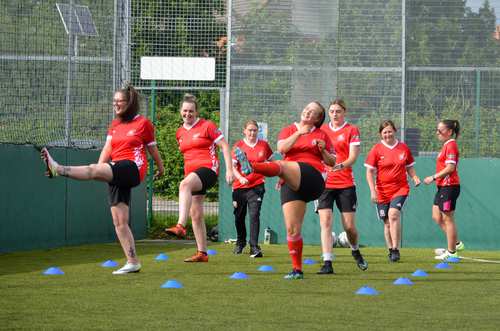 Sian, who has just started her final year of Sports Coaching and Development, has been coaching the women’s team ahead of the competition.

As well as her grassroots work, Sian coaches at Barry Town United Academy and was the first female coach to work with the boys youth teams there.

She said: “I’ve been coaching since I was 14 and have loved seeing the progression of girls football teams over the years.

"It’s been absolutely brilliant to work with the SFW women – the players are so grateful to be here, and it’s great to see the progress they’ve made in just a few weeks.”

One member of the women’s team is Sharie Messer, from Swansea, who joined an SFE training session as a complete beginner, having become homeless when she was a teenager. She went on to represent Wales in the Homeless World Cup in 2019, and is looking forward to competing in Edinburgh this weekend.

Sharie said: “I was so scared, going to that first training session, but I managed to push myself and really enjoyed it. Football has been a huge help in managing my depression and anxiety – I’ve been able to come off my medication and even get a job as a carer.

“Being part of SFW has been a brilliant experience. I’ve made friends, am speaking to my family again and have much more confidence to go out and speak to people. I’m proud of the progress I’ve made and looking back, I’m so glad I went along to that training session.”

Keith Morgan, Chair of Street Football Wales, added: “It’s so inspirational to be part of this organisation and see first-hand the benefits football has brought to the players. After the Covid-19 pandemic cancelled so many major events, being able to travel to this tournament has been such a boost for the teams, and we’re excited to be going on this journey with them.”

Glesni Ayres, Placement Partner for the Faculty of Creative Industries at USW, said: “The experience students gain whilst on placement is invaluable. From developing their transferrable skills, adding to their CVs and building network connections, they also have opportunity to explore an industry and role, gain confidence and make themselves more employable.

“As well as this, organisations benefit greatly from new skills and fresh perspectives from motivated, committed individuals who make valuable contributions to their business. It is particularly rewarding for students to work with charities such as Street Football Wales, using their skills and abilities to play their part in helping improve the lives of others.”