Graduation Tales: ‘I didn’t realise that women could be engineers’ 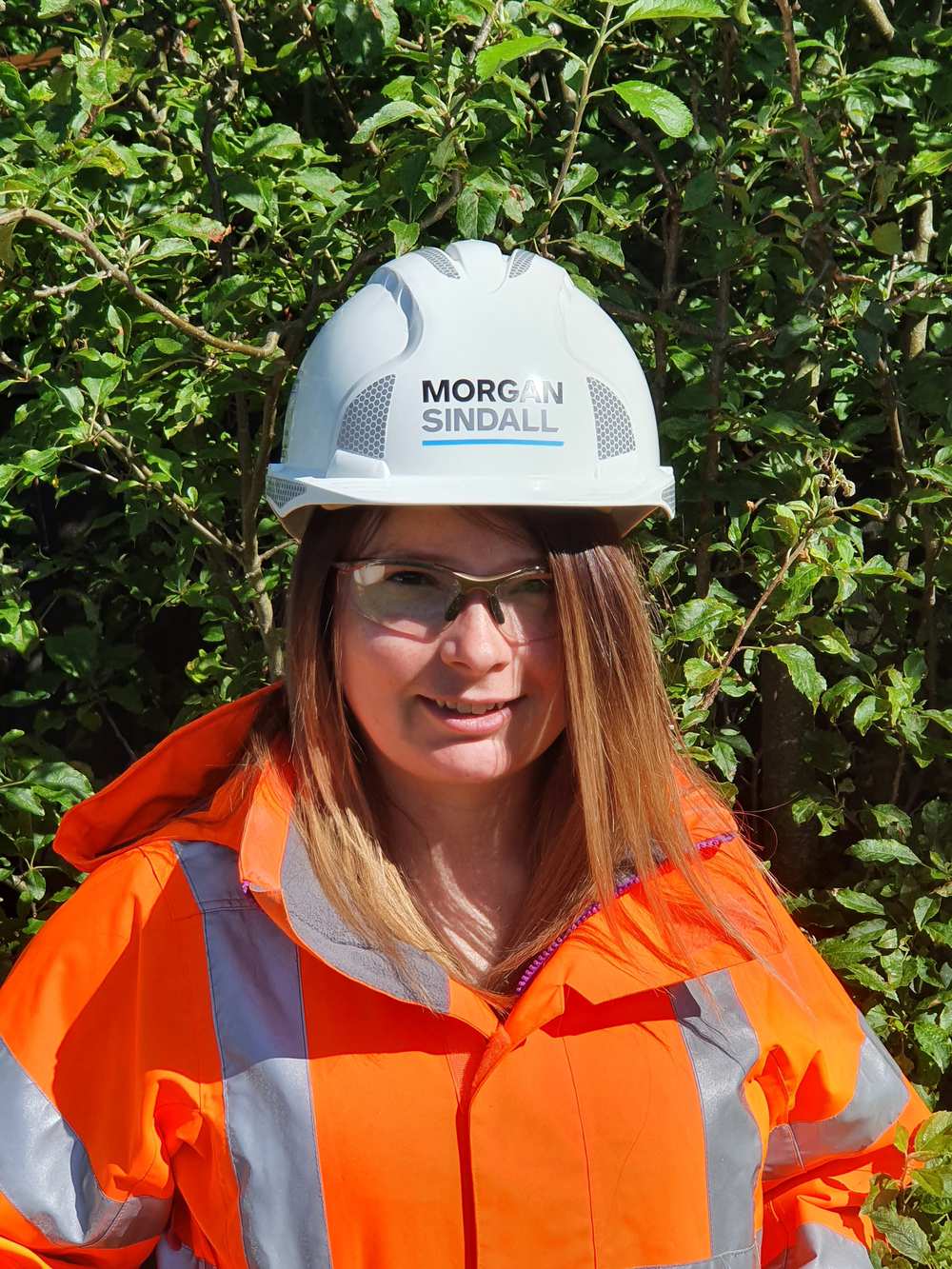 Michelle Russ didn’t realise that women could be engineers, or that one day she would be able to do her dream job.

But after taking a long road to her perfect role, the 34-year-old, from [RM(1] Cardiff, has proved that it’s not just a ‘job for the boys’, and is now ‘doing the stuff I love’.

“I went to Cantonian High School in Fairwater, but left soon after I my GCSEs,” Michelle said.

“I started A-levels, but left soon after as it wasn’t for me, and I didn’t really know what I wanted to do next. I didn’t really enjoy school and decided it was better for me to go into the world of work.”

Having secured a job at St Fagans National Museum of History, on the outskirts of Cardiff, where she worked for almost six years as a museum assistant, Michelle then went to work for Llancaiach Fawr Manor, which is run by Caerphilly County Borough Council, and followed this with a role at Cardiff Harbour Authority.

A slight change of direction saw her move into a new role at the Welsh Government, working at Flexible Support 4 Business, supporting people who wanted to start a business.

“I enjoyed the job, helping people from the contact centre and face-to-face, but the role was relocated to North Wales, so I had to look again at what I wanted to do,” Michelle said.

“Then I got a job ‘by accident’ in the water policy branch at Welsh Government, and ended up being the policy lead for sewerage, and it turned out that I really like drainage.”

Having ‘fallen’ into a job that she really enjoyed, which saw her lead on some of the biggest changes in sewerage policy and amendments to the law in Wales, Michelle was casting envious eyes over the ‘doing’ part of the job, and wanted to know more about the practical side of things.

“What I really wanted was to get into the details,” she said.

“I really liked drainage and sewers, and worked directly for Welsh Water for a while, learning a great deal about what is involved in being an engineer. That was wonderful and helped me learn a great deal more, before I moved to my current job at Morgan Sindall Infrastructure.”

Having taken a non-traditional route into engineering, Michelle readily admits that in order to progress in the field of design management it would be beneficial to improve her technical knowledge of civil engineering to allow her to better challenge and ask the questions she needed to of the design teams she works with.

As a result she decided, in 2019, it was a good time to get engineering qualifications, and signed up for a HNC at the University of South Wales (USW).

“When I moved from the policy side, it was because I wanted to know more and more about things. I was really interested in the delivery of projects and the actual doing.” she said.

“And that’s how I got to the role of at Morgan Sindall Infrastructure. I’ve got the management and communication skills, but needed to catch up on the more technical side of things, to get to know the detail behind it, and to really understand what people were talking about.”

Now the proud holder of a HNC in Civil Engineering, in which she got a distinction, and with plans to complete her degree[RM(2] , Michelle’s expertise has already been recognised by the Institution of Civil Engineers (ICE) as one of the winners of the Coopers Hill Memorial Award in late 2017, which recognised the authors of the best paper in the Civil Engineering Journal. It focused on work she is still involved in on surface water management in Llanelli, and how that impacts on water quality and the risk of floods hitting homes.

For Michelle, realising she is more than capable of doing her job to the highest level has only just sunk in, despite the fact she has the skills, accolades, qualifications, and a seat of the ICE Wales Cymru committee, to prove it.

“Even until fairly recently, I didn’t think I’d be good enough to do this job, because I’m a woman,” she said.

“I didn’t know that these types of job were open to females, I’d heard the term engineer, but didn’t realise we had this whole water industry in Wales of sewers and drains, and now it’s the stuff I love.”

Genomics – So much more than rare diseases