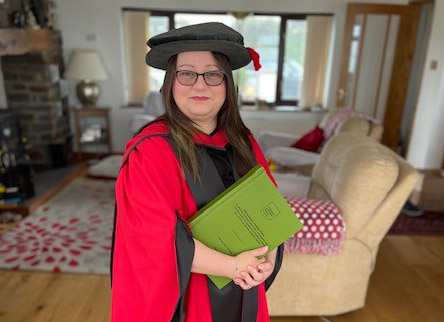 A research student from the University of South Wales has studied the links between self-awareness and effective leadership within the Welsh public service.

Nia Thomas, a Law graduate who now works in strategy at Great Ormond Street Hospital for Children, has graduated from USW with a Doctor of Business Administration (DBA) research degree. 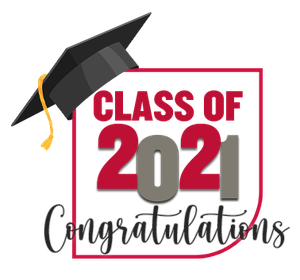 Alongside her day job, she is a magistrate and sits on adult criminal cases at courts in London, and is a trustee for Coram Voice, a children’s charity supporting children in or leaving care.

Her research involved asking Welsh public service employees to complete a questionnaire on what they perceived to be effective leadership, and she also carried out interviews concentrating on self-awareness and leadership.

“My findings told me that there was a relationship between self-awareness and leader effectiveness, and that leaders could be found at all levels of the Welsh public service,” said Nia, who shares her research on her blog, knowingselfknowingothers.co.uk.

“I really wasn’t expecting to find that people thought individuals working at the most strategic level of Welsh public service organisations had the least self-awareness, in comparison to people at other job levels.

“In exploring this further, people gave me examples of behaviour that they saw as demonstrating ineffective leadership, they told me about how they felt there was a detachment between strategic level employees and everybody else, and they told me how involvement in decision-making could help bridge the gap.”

Nia has summarised her research findings on her blog, in her Discovery Series, detailing the themes that came from speaking to employees.

“People also told me that some organisational standards still prioritise technical skills and capabilities over emotions and behaviours. Some people are promoted because of their technical skills and capabilities, but they have poor behaviours, people skills and lack emotion. This means that some people at the strategic level aren’t able to build effective teams and relationships, and cannot justify the decisions they make because they can’t communicate effectively.”

When it came to celebrating her DBA, Nia wasn’t about to let the Covid-19 pandemic spoil her plans – and in the absence of a physical graduation ceremony, she decided to hire her own USW cap and gown to mark the occasion with family, once restrictions allowed her to travel.

“Graduation feels like the icing on the cake after a long period of study,” said Nia.

“Because of the pandemic, I knew there wouldn’t be any formalities or fanfare when I passed my doctorate, so I decided to make my own party!

“My parents live in St David’s – 250 miles away from me – and my in-laws are 150 miles away in Tredegar, so I wanted to make our first visit to them in 16 months as special as possible.

“I even had a copy of my thesis with me which was lovely, and I managed to get those all-important photos that I would have had on graduation day, with all the special people around me.”

In the future, Nia would like to repeat the study with different people and perhaps with a different service to explore the similarities and differences in their views.

She added: “I’ve always wanted my research to be useful to people, so at the moment I’m working on translating my thesis into a business management book; my main aim is to swap the academic language into more readable, everyday language that everybody can access.”

National Teachers’ Day: "I can’t imagine not teaching in a Welsh-medium school now"