I really think you should just do it. If you have a natural curiosity, follow that up 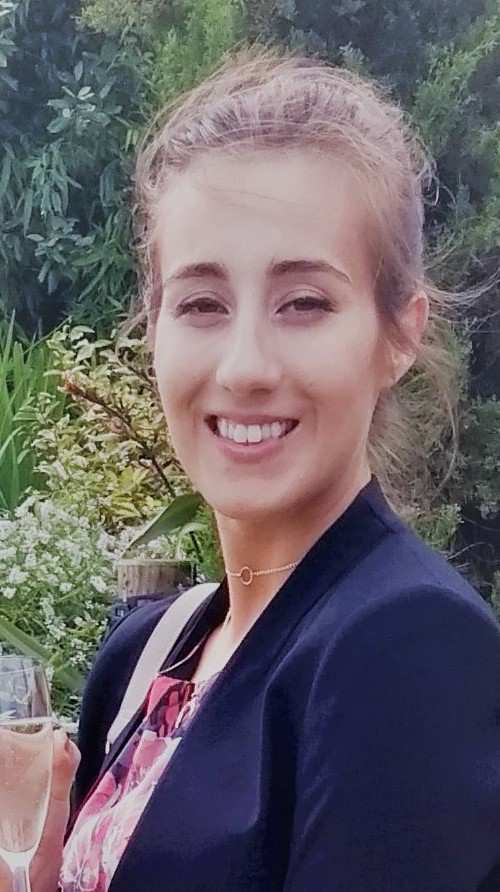 On International Women in Engineering Day, student Angharad Curtis, from Newport, who is doing her PhD in Optoelectronics, explains how her interest in medicine guided her route to engineering.

How did you come to be studying for a PhD at the University of South Wales?

After school I did a degree in Medical Engineering at Swansea University, which involved looking at medical devices, fluid dynamics, prosthetics, implants, implantable electronics – it was quite a generic engineering course with medical components.

With my degree being quite general and multidisciplinary, which touched on quite a few things, I decided I wanted to have more of a focus so went on to do an MSc in Biophotonics in Cardiff, because it fitted in with my interests.

This was a fusion between physics and biology and, as part of the course, I worked with an external company on a PPG sensor which detects blood clots in the legs, using light, specifically Near Infrared wavelengths of light to diagnose thrombosis. There was a lot of maths, physics and biology, so a new set of things to learn.

After getting my masters I went to work with a medical devices business, and then for another company which suggested I should take on a PhD, with their support as the company partner. I wasn’t sure at first, but then decided to take the opportunity and just went for it.

My PhD is in Optoelectronics, using different types of illumination (light) sources at specific parts of the wavelength spectrum, to identify the presence of a chemical marker in an effort to detect cancer.  The application is fluorescence endoscopy for the detection of breast cancer.

Why did you decide to focus on engineering?

I definitely feel like my personality is curious. I’ve always wanted to take things apart and put them back together. I’ve always been interested in how things work and why. Why that way and why not this way?

I did originally want to do medicine, but wasn’t successful with my applications. Then I thought about what part of medicine was attractive to me, and, as I’ve always had an interest in things to do with medicine and medical devices, went down that route.

I was really interested in prosthetics, and there was a lot of technology at that time – like the bionic eye, things that were quite like sci-fi and experimental – and I thought maybe I should try medical engineering.

What would you say to a female considering a career in engineering?

I really think you should just do it. If you have a natural curiosity, follow that up. I’ve been very fortunate that no one’s really told me that girls can’t do that.

You’re so young when you decide what you’re doing with uni, and deciding whether to go. If you are interested in certain things, and your friends aren’t, it’s OK to go down the route that suits you.

And it’s Ok to do something that gives you job satisfaction, it’s much more important than your salary at the end of the day. When you go to work it has to be something that’s satisfying to you because work is a huge part of your life.

Also, as time goes on and you see more women on the board of larger companies, you can see that this is having an impact on the people they are inspiring and ultimately hiring.