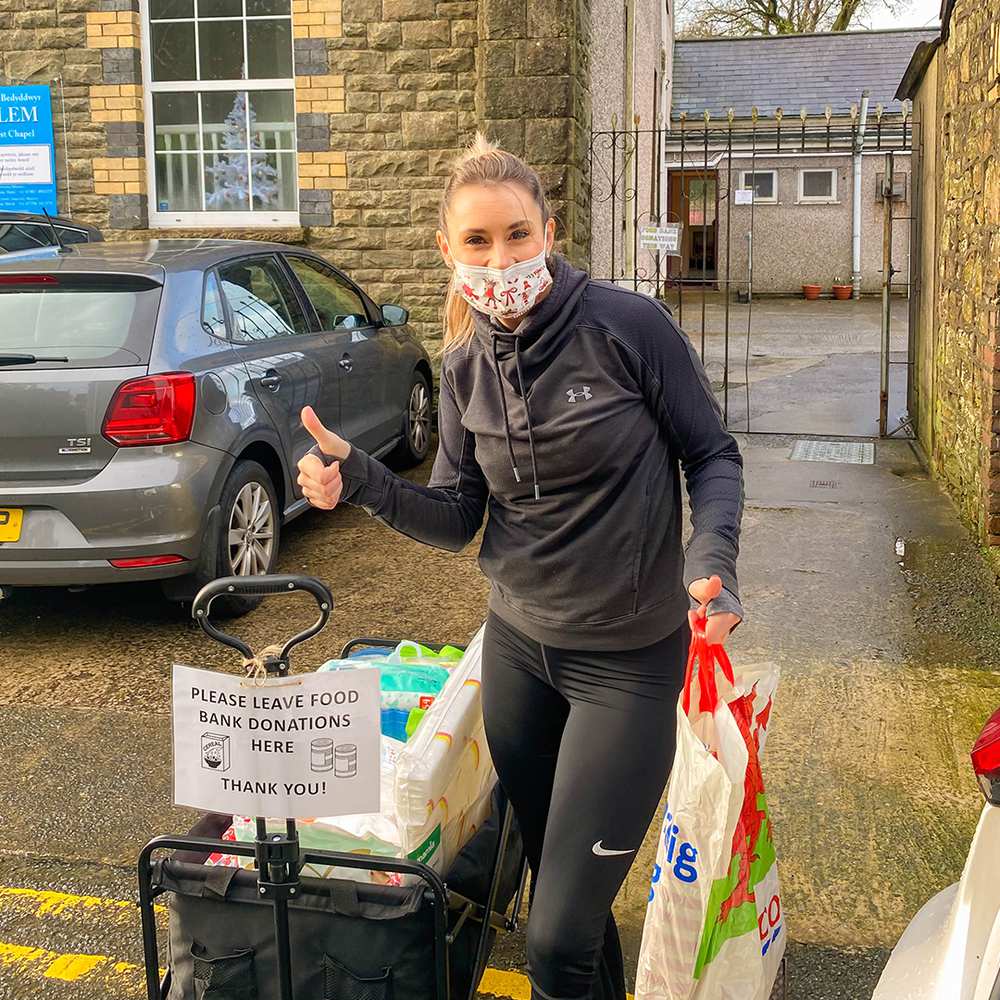 Tracey James, from Pontypridd, is graduating this week from University of South Wales (USW) as a Midwife. Whilst Tracey was juggling her work placements, examinations, and home schooling her sons during lockdown, she also set up a scheme to support families in need.

Now working as a Community Midwife, Tracey had wanted to apply to USW for years, attending five Open Days before submitted her application.

“I wanted to be a midwife for a long time, inspired by my own midwife when I had my first child. After my second child, I thought it’s now or never”, she said.

“During training, I decided that I wanted to be a Community Midwife. I love the continuity of seeing the same people and getting to know the ladies and their families, through pregnancy and afterwards.”

It was in her second year, that Tracey decided that she wanted help other families, particularly those with new babies, who might be struggling during the pandemic. She said:

“The idea for ‘Little Bank’ came to me when I was walking my little boy to school. I noticed a sign at a local food bank asking for essential food items. I wondered if anyone had thought to donate baby essentials. As a student midwife, I felt this was something I could help with.

“With the help of my amazing classmates, we set up collection boxes in the hospitals we were working in and at the University.

“We were supported by members of staff and mentors who spread the word about our initiative and the response we received was amazing. The boxes began to fill up very quickly and we were able to distribute the items evenly between different food banks.

“The support and enthusiasm from all involved was heart-warming and it was moving to support the families we have the privilege to care, for when many were finding things difficult, for one reason or another.”

Due to the innovation and success of ‘Little Bank’, Tracey was nominated for the Student Midwife Award at the 2021 Maternity & Midwife Festival Awards.

Debbie Lucey, Senior Lecturer in Midwifery, said: “Nominated for the USW Excellence Award earlier this year, ‘Little Bank’ shows the caring nature of our students who not only work hard in pursuit of academic excellence but are also socially aware.

“Thanks to Tracey sharing her idea with the students on her midwifery course, they’ve helped many families in South Wales through difficult times. We are very proud of them.”