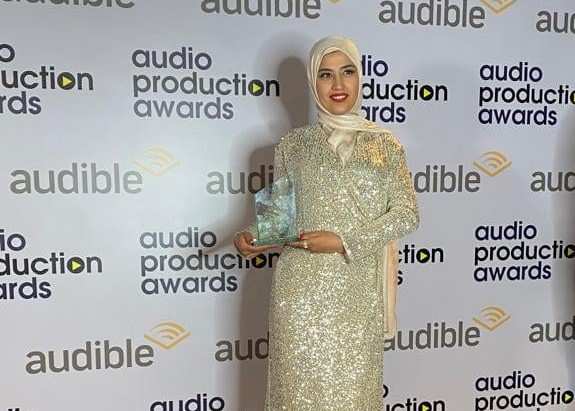 A student from the University of South Wales (USW) has won a national award after producing a podcast sharing the experiences of people seeking refuge in the UK.

Zaina Aljumma, who came to Wales in 2019 from Syria and has resettled in Treforest, has just started a Masters degree in SEN/ALN (Additional Learning Needs), and works as an intern at the British Red Cross, on its VOICES network – a collective of ambassadors who advocate on issues affecting refugees and people seeking asylum.

Having previously been an ALN teacher in Syria, Zaina was keen to continue her career in the UK, but was initially unable to start studying until she was granted asylum. While waiting to begin her Masters, she decided to build on other skills, taking courses in British Sign Language, creative writing, business interpretation and even a beginners’ Welsh language course. She also works as an interpreter for legal firms, helping Arabic speakers gain access to legal advice to grant their status to stay in the UK.

“I offer interpreting services for asylum seekers, refugees and migrants on any issues they may need help from a solicitor with,” said Zaina, who is a single mother to two boys.

“I find it rewarding to be able to help them in some way, because I have been in their position and know how challenging it can be when you first arrive in the UK. Simple things like, if the solicitor asks for someone’s address – we don’t have house numbers or postcodes in Syria, so it can be quite confusing, trying to explain that. There are lots of differences in our culture, so I can help bridge those gaps.” 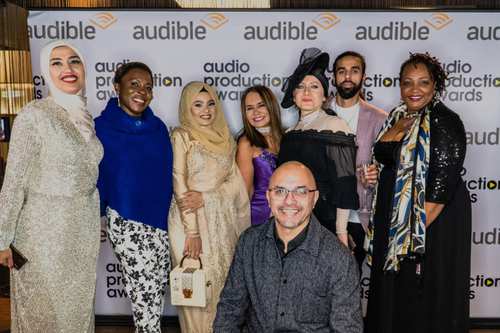 Through her internship with VOICES, Zaina learned the techniques of making a podcast – including using the microphones, recording, coming up with ideas – and created the first episode of The Kind Place series in June this year. In it, she talks about the isolation she felt when she first arrived in the UK.

“Lots of people aren’t aware that when someone comes to the UK, the Home Office move them around a lot, so they don’t always feel they can build relationships with others, because once you do, you are moved on to somewhere else.

“I love playing badminton and tennis, but when I first came here I was housed in South Wales, then I was moved to North Wales, and I couldn’t find anyone to play a match with me. All the local people would come to the park or the leisure centre in pairs, and I didn’t feel I could introduce myself to them and invite them to play, so that was tricky.

“Sometimes during recording the podcasts we were crying, sometimes we were laughing, so it’s a really powerful series because you get to know the details of someone’s personal experience.”

The podcast series recently won the Grassroots award at the 2021 Audio Production Awards, which celebrate podcast, radio and audiobook production skills. Zaina attended the awards ceremony in London, alongside her colleagues and fellow producer Zain Hafeez, originally from Pakistan, who produced the final episode in the series. Zaina and Zain accepted the award on behalf of VOICES and gave a powerful speech, followed by rapturous applause and cheers from the judging panel and audience.

After completing the one-year Masters degree at USW, Zaina hopes to work with either primary school children or university students with ALN, or with ESOL students (English for Speakers of Other Languages).

“I was able to learn English through my volunteering work, so I would love the chance to give something back and support others who are learning the language for the first time,” she said.

“I know exactly how tough it can be, coming to a new country and immersing yourself in a different way of life, but I am so happy here in Wales and have had a lovely welcome to USW.”