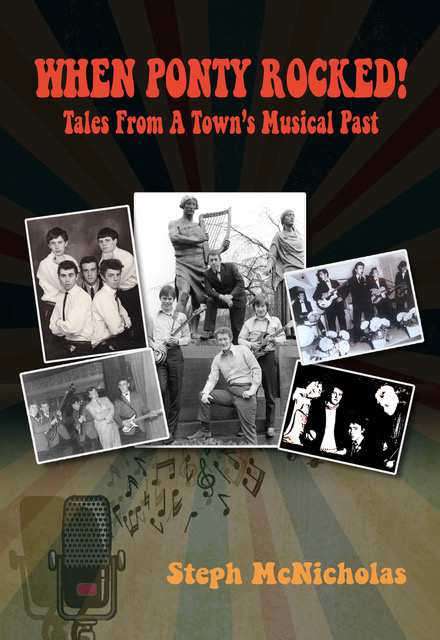 University of South Wales (USW) Student Support worker Steph McNicholas has used the Covid-19 lockdowns to write a book on the vibrant music history of Pontypridd.

Steph, a former newspaper reporter, has been a music fan for as long as she can remember. Now she’s put her lifelong passion to good use, as her latest book, When Ponty Rocked! is released.

The book is available to buy now at A Strings Guitars, ARTtic bookshop and Martha’s Homestore, all in Treforest.

It focuses on the stories of musicians and bands who burst onto the Pontypridd music scene during the 1950s, 60s and 70s, and is brimming with entertaining stories from Steph’s interviews with the performers themselves. 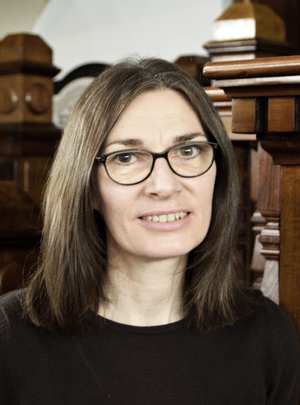 Steph’s debut book, Town and Country Girl, was published in 2018 and reflects on her time as a journalist in the London music press.

After starting her writing career as a local news correspondent for the Pontypridd & Llantrisant Observer, Steph trained as a journalist in Cardiff, then went on to work for newspapers and magazines, including rock music publication Raw, during the late 1980s and early 90s.

“That was probably the last golden era for the music press, before the internet came along,” said Steph.

Steph was able to devote far more time to the book during lockdown as she was working from home, and says that she’s enjoyed every minute of the writing process.

“Initially I was planning to write a history of the Muni Arts Centre, but as I started to speak to more people, the content just grew and grew.

“Having started interviewing musicians in person, I then spoke to a lot of people over the phone and via email. The more musicians I spoke to, the more contacts I gained, and it just snowballed.

“There were far more bands around in the 1960s than I realised. As well as Tom Jones and The Senators; the group he performed with before his solo career – The Strollers and The Sapphires also got together.

“They were the three main bands earlier in that decade, but there was no rivalry. They all got on really well, and used to walk through town looking for girls!

“There were a lot of dance halls in Ponty, such as the Regent, which hosted The Senators as the first rock and roll gig. There was the Basement at the top of town, and in the middle of Taff Street [the main shopping street] there was a hotel called the New Inn. St Dyfrig’s Church Hall, near Treforest Campus, used to be called Patsy’s, and all the bands used to play there.”

Naturally, many of the people who feature in Steph’s book are well into their 70s and 80s now, which did pose some challenges when it came to the lockdown restrictions and the use of technology.

“One gentleman, who I spoke to over the course of about six months, doesn’t use email, so there were lots of phone calls and letters back and forth. He also provided some brilliant photographs which are used in the book, as well as old newspaper cuttings.

“I think people have really enjoyed the process of remembering their teenage years, and I hope that sense of nostalgia comes across in what I’ve written.

“I’ve made some lifelong friends in the process of writing this book. I’ve actually built up so much content that I’ve had to split it into two volumes, with the next one focusing on the 1980s to the present day. I’m hoping that will be published early next year.”

Steph has worked closely with the USW Print & Design team to get When Ponty Rocked! printed, as she wanted it to be produced as locally as possible.

“I’ve decided to self-publish and make the book available in lots of local places. I really want people to have a physical copy, and a piece of Ponty’s history in their hands.”

Genomics – So much more than rare diseases