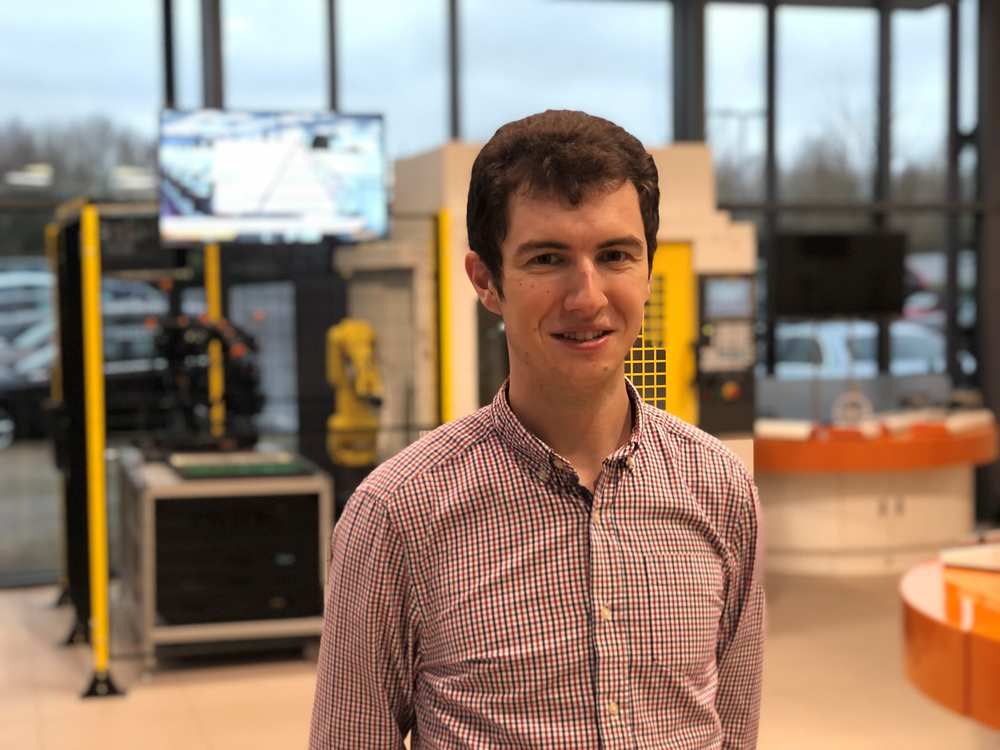 A University of South Wales (USW) graduate has won a top annual honour after being nominated by a senior member of University staff.

The award is presented on behalf of the Institute of Mechanical Engineers (IMechE) on the recommendation of the head of department at each university. Every year, the award is handed out to an outstanding undergraduate student who is an affiliate member of the IMechE and is studying towards an IMechE accredited degree.

“I have gained invaluable knowledge from Renishaw engineers that helped me achieve my first-class degree,” Matthew said.

“They have helped me to develop my general engineering understanding that I can apply to both company projects and academic assessments.

“My love of engineering started when I made and raced Greenpower electric cars with my father and brother as a child and I have found the same enjoyment in engineering during my time as an apprentice.

“An apprenticeship gave me the opportunity to work and study simultaneously to gain the qualifications and experience required for my future career.”

Dr Davies said: “Matthew Hunter was an exceptional student and his hard work and enthusiasm meant that his average grade over all the years he studied at USW was close to 90%.

“During his time with us he gained his HNC with Distinction, HND with Distinction and a first-class honours in BEng Mechanical Engineering, making him a very worthy recipient of the Frederic Barnes Waldron 'Best Student' award.”

Hugo Derrick, Technical Fellow at Renishaw, said: “Matthew has been a great addition to the team, and it is fantastic to work with him.

“Renishaw has always prided itself on its innovative thinkers and Matthew’s award justly recognises his outstanding academic achievements and ability to generate novel solutions.”