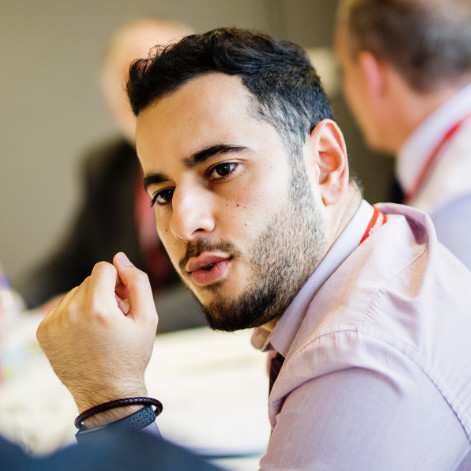 A play based on a book by a University of South Wales (USW) graduate is making its stage debut at the Wales Millennium Centre (WMC) next month.

The Boy with Two Hearts - A Story of Hope was written by Hamed Amiri, who graduated from the University of Glamorgan, now USW, in 2011 with a BSc (Hons) in Computer Science. He is now Group IT Business Engagement Manager at NewLaw Solicitors in Cardiff.

The play will be staged at the WMC from October 2 until October 23.

His book explores the humanity of refugeeism, and not only a tale of a family in crisis, but a love letter to the NHS, which provided hope and reassurance as the Amiri family sought asylum in the UK and fought to save their loved ones.

When Hamed was 10 years old he watched his mother give a speech in his home town of Herat, Afghanistan, speaking out for women’s rights and education, and against the ruling Taliban.  That night, an order was given for her execution. The family packed up their most precious belongings and escaped in darkness, starting what would be a long and dangerous journey.

But his mother's was not the only life in danger. Hamed’s older brother, who sadly died in 2018, suffered a rare heart condition, and this escape offered a chance of life-saving treatment in the West.

The book has received critical acclaim, and in July 2020 was BBC Radio 4 Book of the Week.

Originally from Afghanistan and having overcome personal adversity to arrive in the UK, Hamed is an active graduate and frequent USW Volunteer who shows high levels of commitment to the University - be it sharing knowledge as a guest speaker or inspiring final year students to stretch to their greatest potential one-to-one. He frequently draws on his own personal journey as a case study and champions the facilities and experiences of USW.

Hamed was awarded the 2016 Alumni Award for Inspiring the Next Generation.

Prior to the launch of the on-stage production, Hamed explained why he is so supportive of the University.

“USW was the place where I turned my life around,“ he said. “I got three Us in my A-levels, and had no chance of thinking I would ever have a career.

“But USW let me take on a Foundation Course in Computer Science, and that’s when I turned my life around.

“It sounds cheesy, but I left USW with a 2.1 degree, and have gone on to have multiple roles in numerous companies because of that education.”

For full details of the play at Wales Millennium Centre, visit https://www.wmc.org.uk/en/whats-on/2021/the-boy-with-two-hearts