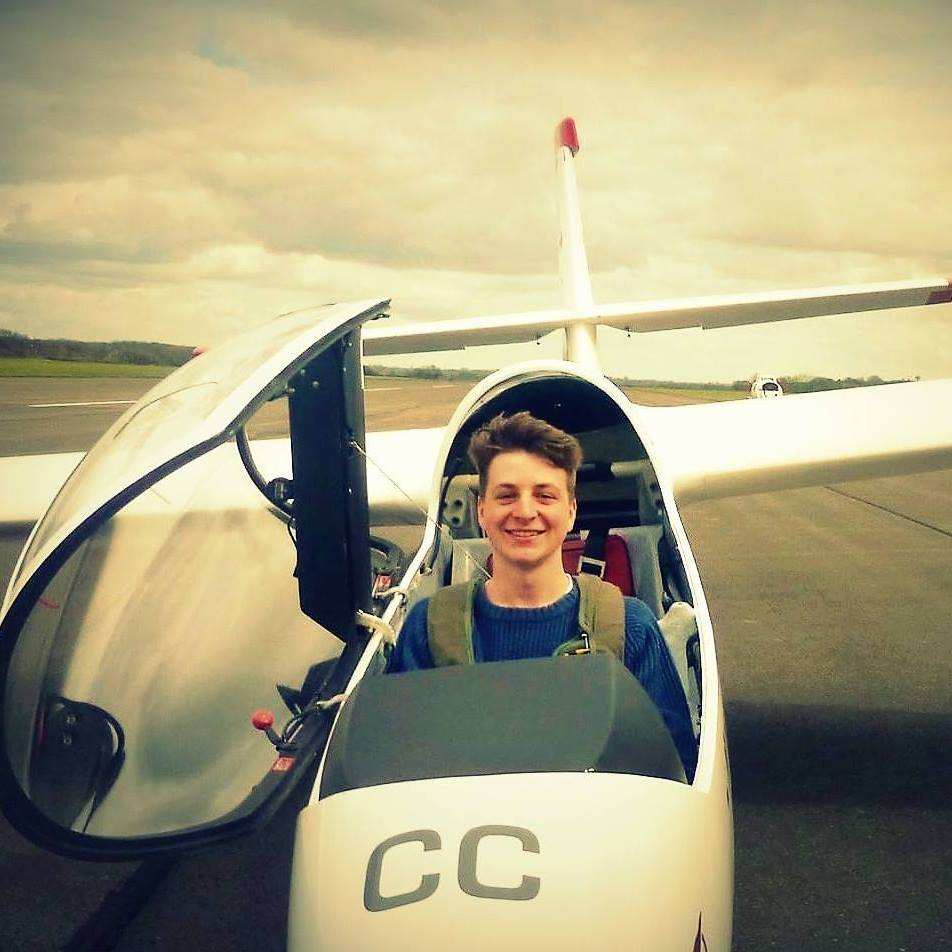 A University of South Wales (USW) undergraduate has become one of the first students to be accepted onto an engineer training scheme run by a humanitarian service.

Matthew Veale, 26, from Swindon, Wiltshire, is about to embark on the second year of his AircraftEngineering and Maintenance Systems degree at USW, on a course which holds special significance for him and marks the first step into an unusually brave career, which could lead him to war-torn countries such as Chad, Indonesia, or South Sudan.

Matthew is one of the first students to be accepted for a new Engineer Training Scheme sponsored by Mission Aviation Fellowship (MAF). Funded in part by donations made in memory of the charity’s co-founder – former RAF Engineering Officer Stuart King – Matthew is fulfilling a lifelong dream to live and work in some of the 26 inhospitable, low-income countries where MAF operates.

Stuart launched MAF in Central Africa in a bid to bring peace in the aftermath of WWII using a wooden Miles Gemini aircraft. The D-day landings veteran crash-landed in the mountains of Burundi in 1948 – yet he survived to help grow MAF until his death in 2020.

Today, MAF is the world’s largest humanitarian air service – employing 1,249 and operating a fleet of 120 aircraft. Stuart’s legacy to train young engineers for MAF is being carried on through Matthew.

Captivated as a child by Stuart’s story and reading Through the Gates of Splendor – a bestselling account of mission pilot Nate Saint who was martyred in 1956 while trying to contact the Huaorani tribe of eastern Ecuador using a Piper PA-14 aircraft – Matthew has developed a lifelong dream to help isolated communities using aviation.

Discovering MAF at primary school, Matthew determined that one day he would be part of the humanitarian air service, which flies aid, medicine, and relief workers to more destinations than any other airline. A three-week school trip to an Indian orphanage in 2013 brought poverty to life and deepened Matthew’s desire to help those less fortunate than himself.

“I remember hearing a talk by a trainee MAF pilot in a school assembly. It was a real ‘wow’ moment, and I was sold by an organisation which could combine my love of aviation and my Christian faith,” he said.

“It was a real standout day – and it has determined the rest of my life. Seeing poverty in India added fuel to the fire and I became passionate about working overseas and using my skills to help the underprivileged.”

Joining the RAF Air Cadets with 878 Highworth Squadron as a teenager, Matthew continued to develop his flying skills alongside his schooling and loved every minute – counting the completion of a 100-mile trek in four days among his personal achievements:

“The Air Cadets was such a great experience – I learned key skills like team building, discipline, and taking leadership responsibility,” he said.

“I really pushed myself, and the 100-mile Exped to the Netherlands in 2014 was a real highlight, as well as the flying. I’d recommend it to anyone.”

Obtaining a solo glider licence through the Royal Navy aged 19, Matthew applied to join the RAF in 2017 – an obvious next step to prepare for an eventual career with MAF. But his RAF application was unsuccessful – as was his early MAF pilot assessment – and Matthew found himself reassessing his career plan.

“Being rejected to become a pilot felt like a real punch to the stomach and it was a definite low point. But looking back, I had a deep resolve to be involved with MAF – I guess it’s all part of my faith, and I believe God is involved in my journey,” he said.

Matthew joined a small start-up NGO which taught English to Chinese children in 2017, and worked in China and the UK for two years – obtaining a Teaching English as a Foreign Language [TEFAL] qualification and travelling many times.

“Travelling across China was a real adventure, and definitely beat making sandwiches! But I never stopped following MAF’s work and seeing an advert for their new ETS online gave me renewed new hope that I could be part of the organisation I’d always dreamed of working for,” he said.

Matthew plans to begin his practical MAF career in Uganda at MAF’s large maintenance base in 2027 – and hopes to move from there across to a programme in the Asia Pacific region:

“Finally being part of MAF makes me feel super chuffed. The team has been so welcoming, and I’ve met lots of the UK staff in person and online,” he said.

“One day, I hope to live and work in Asia because I love the culture – they are so welcoming and hospitable – and MAF flies in Kalimantan, Papua New Guinea, and Timor-Leste, among others.

“But for now, I am going to knuckle down with my studies, complete my degree, ESAS and all the practical qualifications.

“The first year has been so intense, but it’s worth it, knowing I am getting closer to my lifelong dream. It’s an incredible organisation, and I feel so proud to be part of it.

“Despite the hurdles, closed doors, and disappointment, I’m relieved that I never gave up – and I hope others will follow me in considering an adventure with MAF.”