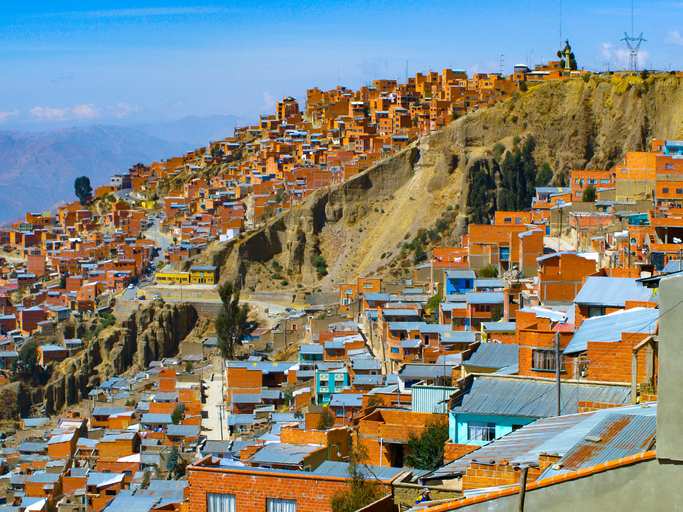 Researchers at the University of South Wales (USW) have identified that too much ‘free’ catalytic iron in the blood could lead to chronic mountain sickness (CMS) for people living at high altitudes, with a range of symptoms and risks, including cognitive impairment.

What is chronic mountain sickness?

Symptoms of CMS include headache, dizziness, tinnitus, breathlessness, palpitations, and much more.

Damian Bailey, Professor of Physiology and Royal Society Wolfson Research Fellow, travelled to La Paz, Bolivia (3,600 metres above sea-level) to research the effects of lifelong living at high altitudes and how it affects delivery of oxygen to the brain. He said:

“Around 90% of people who live at high altitudes adapt to the conditions. There are generations and generations of people that exhibit genetic and environmental adaptations that allow them to operate in those harsh conditions. However, CMS is an example of what happens when people fail to adapt, it’s effectively a maladaptation syndrome.

“When most people go to high altitude, they produce erythropoietin, which is a hormone that stimulates the bone marrow to produce red blood cells. As a result, they have more haemoglobin (the protein that transports oxygen in the blood) so more oxygen travels to the brain, which is important since we have evolved with very oxygen-hungry brains.

“However, if you can't switch that gene off - if it's constantly switched on and you're constantly churning out red blood cells, your blood then becomes very, very thick, like treacly sludge and further slows down the delivery of oxygen.”

Previously, living at altitude has been considered an advantage because lifelong ‘highlanders’ have been able to perform better at endurance events than ‘lowlanders’ when they come down to sea level. For example, Ethiopians or Kenyans who excel at marathon running. However, for the five to 10% of the world’s estimated 140 million ‘highlanders’ with CMS, life becomes intolerable.

What is the impact of CMS?

Aside from the symptoms, CMS has long-term risks associated with it.

Professor Bailey said: “Our previous research has identified that patients with CMS suffer from depression and cognitive impairment, which may be the result of lower blood flow to the brain. This is due to an excessive build-up of free radicals that impair the ability of blood vessels to relax and open. The patients are not very good at, what we call, mental gymnastics, so are unable to remember and to rationalise ideas. Sadly, they are prone to dying young. They can they suffer with heart attacks and strokes because of their thick blood.

“One treatment option is bringing the patients down to lower altitudes where there’s more oxygen. However, in the countries we are concerned with, if you're wealthy, you live closer to sea level. These CMS patients are mostly poorer people, and so they live very, very high and are constantly exposed to the lack of oxygen.

“Another option is, what we call, venesection. They would go to a clinic and have about a litre of blood taken off them. It takes about six to eight weeks for their body to make more blood, so it is a temporary fix and not terribly successful. We're constantly on the lookout to see what is causing CMS and how it can be treated.”

Professor Bailey’s study involved exposing a group of ‘lowlanders’, in good health, to high altitude and measuring blood flow to the brain.

“In this group, the brain sees this increase in altitude as a challenge and we get this increase in blood flow to offset the reduction in oxygen. It seems that the brain adjusts the amount of oxygen thanks to the 'controlled’ (i.e. not excessive) formation of free radicals. So, it is constantly on guard, if you like, trying to defend the amount of oxygen it gets.” Professor Bailey said.

The other group of participants were the ‘highlanders’, who were born and bred at high altitude with and without CMS.

What were the outcomes?

The study discovered that the ‘highlander’ subset had free iron in their blood and that this was the primary trigger that catalysed free radical formation. Typically, iron is tightly bound to red blood cells and proteins and very little circulates ‘unbound’ in the bloodstream. Professor Bailey said:

“This ‘free’ iron moves into the circulation and this is the ‘spark’ that can set alight the free radical ‘fire’. In excess, free radicals can cause structural damage to cell membranes and impair the ability of the blood vessels to open up; they become stiff.

“There is hope for CMS patients as there a drug that can capture free iron in the blood. It is a fine balance though as your body also needs iron.”

There was another finding that the ‘highlanders’ were not eating enough fruit and vegetables, which likely exacerbated the problem since dietary antioxidant intake was inadequate. Teresa Filipponi, Senior Lecturer in Human Nutrition, travelled to La Paz with Professor Bailey.

She said: “This study was the first to comprehensively assess diet in CMS patients. Our data demonstrates that vegetable and vitamin C intake are especially inadequate, falling below the minimum amount advised by UK and Bolivian Governments. We need to consider interventions aimed at encouraging more fruit and vegetable consumption to help address dietary antioxidant deficiency since it could help improve clinical outcome.”

Why does CMS interest researchers?

“We are constantly looking at unique models where oxygen delivery to the brain is challenged. CMS is just one of the models that represents an accelerated form of aging because the patients are not getting enough blood flow to the brain.

“There are a whole range of medical interventions that are designed to increase oxygen delivery to the brain, which can help patients, because we know that the brain is evolved to be oxygen sensitive - oxygen and glucose is the brain’s fuel.

“The brain is particularly vulnerable if there's a change in blood flow. So, we use high altitude as a model because the higher you go, barometric pressure drops and the amount of oxygen decreases causing the brain to almost wake up and defend its fuel delivery.”

This research was recently published in Free Radicals in Biology & Medicine, one of the highest impact factor journals in its speciality (https://pubmed.ncbi.nlm.nih.gov/35398201/).