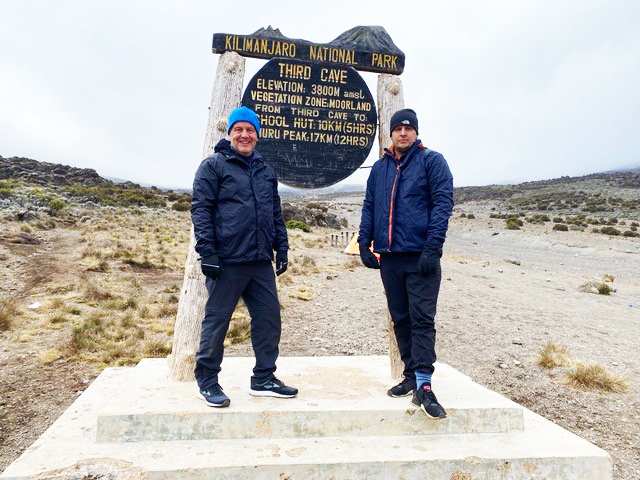 A University of South Wales graduate and student have climbed Mount Kilimanjaro – the tallest freestanding mountain in Africa – raising more than £8,500 for charity. 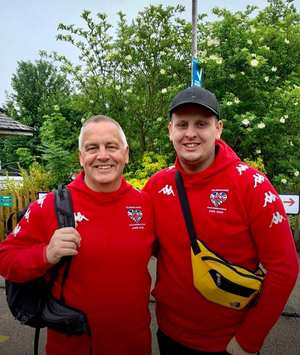 Martin Smith, who graduated from the University in 1991, and his son Michael, who is studying an MA in Documentary Film, took on the colossal challenge in aid of Team Endeavour, a UK military charity that raises money and awareness for children and families of the armed forces who are suffering through hardship, illness and poverty.

Martin has been a patron of the charity since 2017, and had originally planned to take on Kilimanjaro in 2020, before the Covid-19 pandemic delayed the challenge by two years.

Michael is coming to the end of his Masters degree at USW, and decided to film a documentary of the trip as part of his final project.

They and a small group of fundraisers travelled to Tanzania for the trip, which saw them embark on a four-and-a-half-day route to the summit (Uhuru Peak, 5895m) and a one-and-a-half-day climb back down.

“We decided to do the Rongai Route, one of the quicker and steeper routes, because of time constraints, which meant the altitude hit us really hard and made some of the filming even more challenging,” said Michael.

“We had to walk very, very slowly, and drink lots of water to try to become acclimatised. Then every evening, once we’d set up camp, we would walk around 300m higher and do some mountain yoga with breathing exercises, which would help prepare us for the following day,” added Martin, who studied BA (Hons) Public Administration.

“It was tough, to say the least, but extremely rewarding, and to have raised such a great amount for Team Endeavour makes it all worth it. I’ve seen first-hand the difference that the charity can make to people’s lives, and to be able to successfully complete the challenge with Michael was a great bonus!”