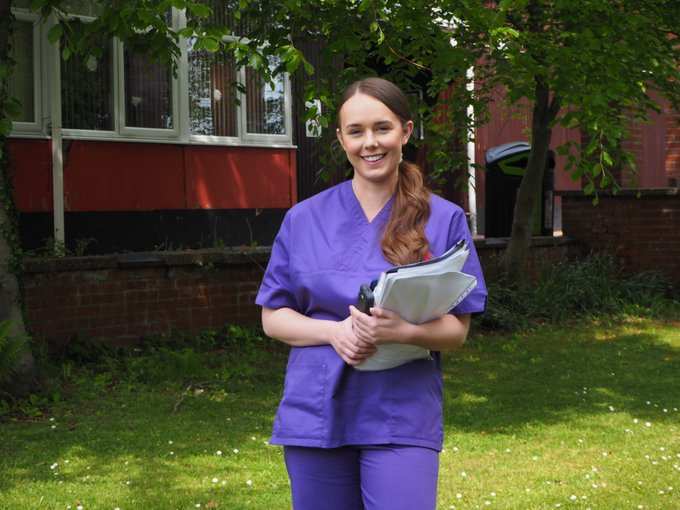 University of South Wales nursing student, Laurie Wood, has been awarded an Excellence in Equality and Inclusion Award by Swansea Bay University Health Board.

The award celebrates an individual or team whose work has excelled in promoting equality and diversity and contributed to creating a more inclusive environment.

Kara nominated Laurie for her exceptional care of a patient with learning disabilities who needed an MRI scan but, after five attempts, the scans had been unsuccessful:

“Laurie was determined that this time was going to be different. She was actively involved in understanding and supporting the meticulous planning that needed to be undertaken. She met the patient an hour before her shift started and, throughout the day, she supported the plan to ensure the outcomes were achieved”, she said.

Laurie also supported the patient’s carer. Kara said: “(the carer) expressed her dedication and compassion for Laurie’s care. She also commented that she was extremely fearful of the day, but with everyone’s support she said she had been the calmest she had ever felt in the circumstances.”

The ‘Living Our Values’ awards were held at the Swansea Arena, the health board’s first in-person event since the pandemic.