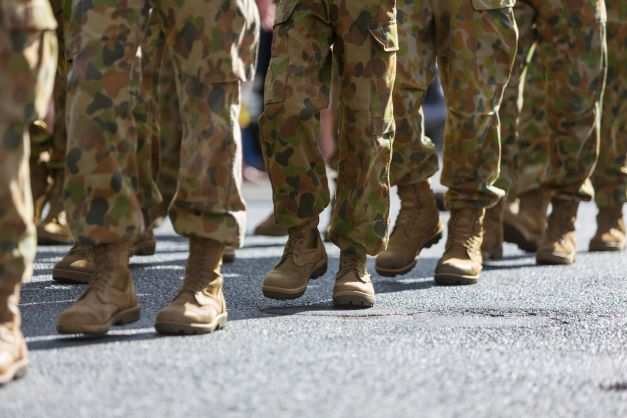 Dominic Maddox, 26, is an Army veteran and second-year BSc (Hons) Psychology student at University of South Wales (USW). Based in Tidworth for five years, he took on a supporting role for some of the tank crew, which sparked his interest in studying psychology and helping others.

Now living in Ystrad Mynach, Dominic struggled when he left the Army. He said: “I come from a military family – my Dad, uncle, and cousins have served.

“I wasn’t planning to join the Army but thought I’d regret it if I didn’t.

“I was responsible for disciplining and training the lads, but also being someone to talk to. Part of my job was to notice changes in their wellbeing or behaviour and signposting them to further support. I ended up with lots of lads seeking my advice.”

When Dominic left the Army, his mental health suffered:

“What makes the Army is the people you work with. You form a familial bond, develop a certain mindset and sense of humour,” he said.

“I struggled when I re-joined Civvy Street, trying to tone myself down to fit in. Veterans understand each other, for example, we understand the stresses and physicality of the job. It is always nice to talk to someone who has been through the same.

“I became depressed for over a year. My family and friends were there for me and helped me recover.

“Then I became interested in studying psychology so I can help people in a similar way. I am hoping to progress on to a clinical psychology doctorate. Having been to rock bottom myself, I know what people can go through.”

Dominic originally applied for the Foundation Year in Psychology but, during the application process, his armed forces experience was considered. He said: “I was offered a place on the first year, taking into account my career history. I was nervous about the academic side of study but I was introduced to library skills and I am really enjoying it now.”

USW has a long tradition of supporting the wider Armed Forces community across Wales, including those currently serving, their spouses and children, and veterans. Staff at the university sit on numerous all Wales Boards and committees and have recently developed the Service Children's Progression Alliance (SCiP) Hub Cymru with Supporting Service Children’s Education (SSCE) Cymru.

If you are interested in studying, visit our website or email Dr Ross Hall, USW Armed Forces Champion, who’s also a veteran, at [email protected] for further assistance or advice.