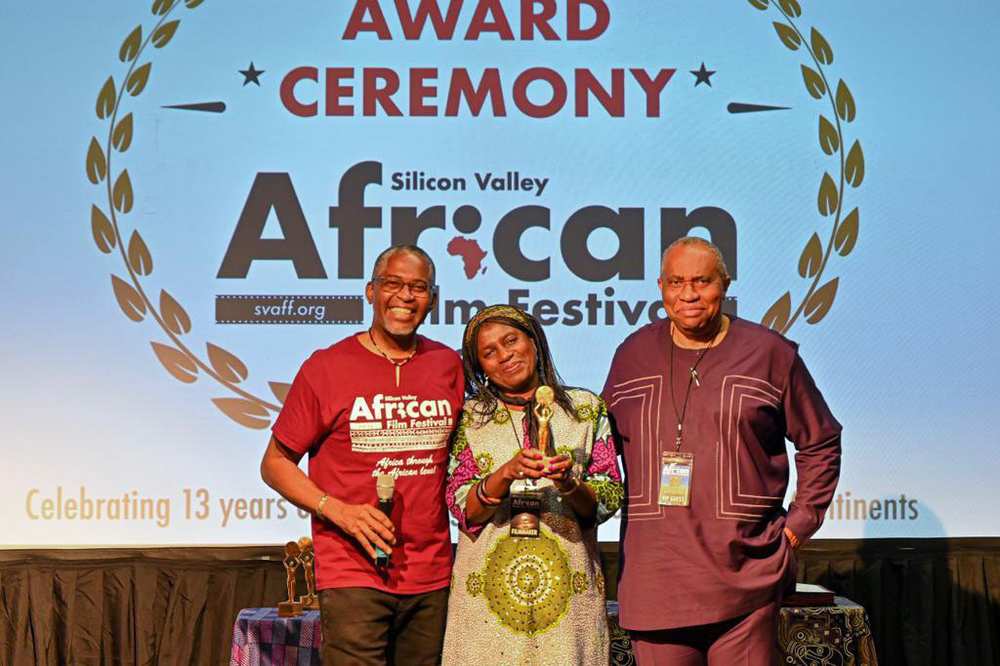 Professor Florence Ayisi from the University of South Wales has been recognised for her outstanding achievement in film, at the Silicon Valley African Film Festival in California. 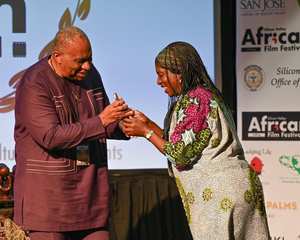 The multi award winning documentary filmmaker was presented with a Special Achievement Award at the festival, where her recent film, The Bronze Men of Cameroon, was screened.

The film explores cultural heritage, continuity and change; presenting a portrait of bronze casting as a valued traditional practice that has defined the identity of the Bamum People in the Western Region of Cameroon.

During Prof Ayisi’s trip the US, she visited UC (University of California) Santa Barbara and the African Studies Center at UCLA during the trip, where she gave lectures and shared insights into her research at USW.

“Notably, the students found her presentations, undergirded by remarkable knowledge of cinema, cultural production and contemporary critical methodologies, very resourceful, with quite a number now writing their term-paper research projects on Prof Ayisi’s body of work.”