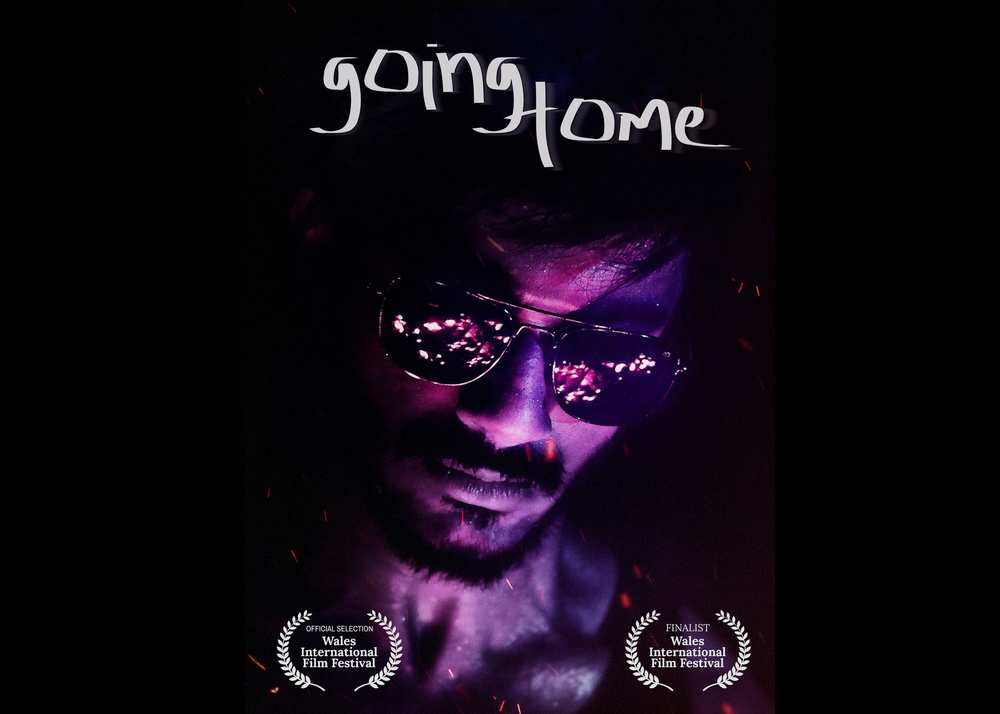 A Masters student at the University of South Wales (USW) will see his feature film released in cinemas this month.

Mashroor Parvez, a 30-year-old filmmaker from Bangladesh, is about to complete his MA in Film (Directing) at the Film and TV School Wales. His second feature film, going Home, hits cinemas on Friday 30 September.

The bilingual crime drama tells the story of a man working for a criminal enterprise, who finds his profession affecting his everyday relationships. The lead character, Raian, is wrestling with the consequences of the life he has led as a hitman, between the underworld and the government, and the toll it has taken on his soul. Self-medication through alcohol is having no effect and in his dreams, he sees the family he has lost. He is locked on a course of destruction.

Already an established filmmaker in Bangladesh, Mashroor hopes to carve out a full-time career in film and become recognised internationally for his work.

“I’ve been working on this film for five years, and was delighted to be selected as a finalist for the International Film Festival of Wales ” he said.

“It’s been an all-consuming project; I’ve worked on all elements of this film, which has been tough at times, having to juggle my job as an IT executive as well as my studies.

“The MA Film at USW has given me so many fantastic opportunities that I wouldn’t have otherwise had, so I’m very grateful to have done the course. It has certainly taught me how to handle serious pressure, and work on multiple projects!”

There will be a pre-screening of going Home at USW’s Cardiff Campus on Wednesday 28 September, before its UK-wide cinema release on Friday 30 September.

The film will be shown at Cineworld in the O2, Enfield, Ilford, Luton and Tottenham; Genesis cinema in Mile End, London; and Vue in Star City, Birmingham. This will be the first time that a Bengali language film has been screened at the O2.

Tom Ware, Associate Dean, Media Transformation and Partnerships at USW, said: “We’re very proud of Mashroor and what he has achieved. To be able to have his very own feature film reach national cinemas, to a huge audience, is fantastic and is testament to the tremendous work he has put in as a filmmaker. We wish him every success and look forward to following his career closely in the future.”