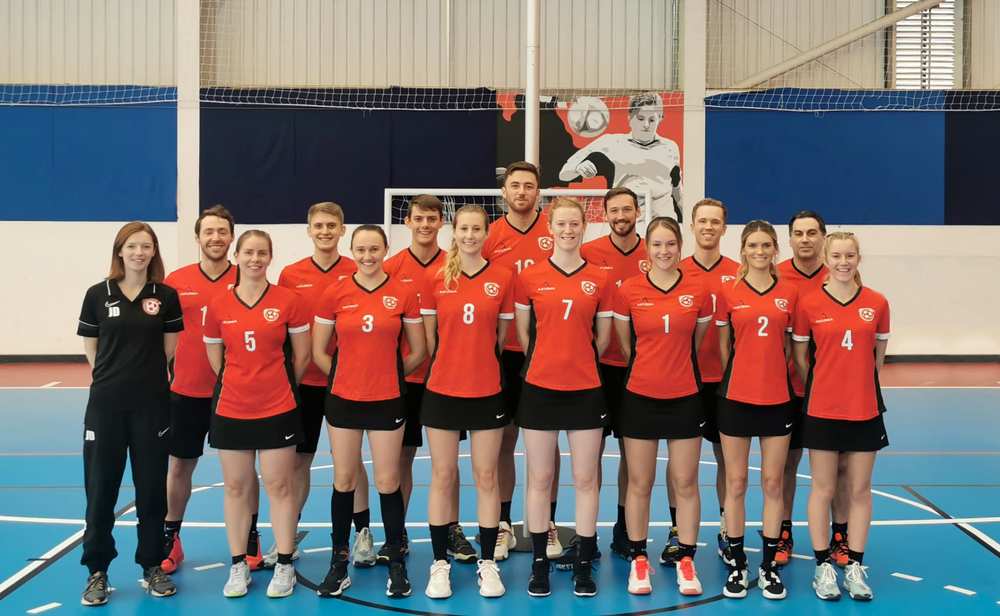 The Wales national Korfball team have been given a very special ‘good luck’ message as they travel to the Korfball World Cup qualifiers in Turkey, thanks to the University of South Wales and Cardiff Philharmonic Orchestra.

The musicians have recorded an arrangement of the Welsh national anthem, Mae Hen Wlad Fy Nhadau, with the help of MSc Music Production & Engineering graduates and BA Music Producing students at USW, which will be played before every match in the qualifiers, which take place in Antalya this week.

Listen to the recording here

Korfball is a ball sport, often described as a cross between netball and basketball, played by two teams of eight players, with four female players and four male players in each team. The objective is to throw a ball into a netless basket mounted onto a 3.5m high pole. The Wales team will face opposition from Turkey, France, Hungary, Switzerland and Catalonia during the tournament.

Martin May, manager of the Wales Korfball team and one of the directors of CPO, helped organise the recording. After retiring as a Deputy Headteacher, he was asked to manage the squad during the European Championships in Poland in 2021, and has been looking after the players ever since. His son Andrew is also a member of the team. 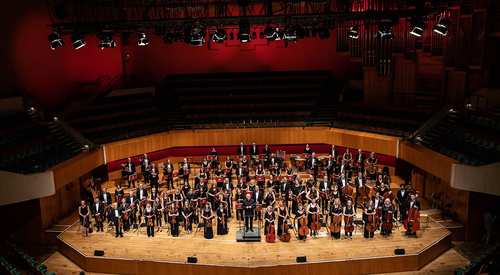 Cardiff Philharmonic Orchestra (CPO)’s version of the national anthem is an arrangement composed by Phil Roberts, a violinist in the orchestra who sadly passed away last year.

Martin said: “I was so impressed at the squad’s singing of the national anthem last year that I thought it would be a lovely idea for them to have a better recording of it.

"Which is where another passion of mine comes in; I've been lucky to play the flute with Cardiff Philharmonic Orchestra for the last 30 years and so I asked Michael Bell, our conductor, if the orchestra could participate in a bespoke recording of the anthem for the korfball squad. Michael, being the lovely man he is, of course agreed. We then needed music, which was kindly provided by Phil’s wife Sally, a member of the cello section; and we also needed recording expertise, which is where the University came in.”

Gill Edwards-Randle, Senior Lecturer in Music and Sound Technology at USW, is a fellow cellist with CPO and volunteered the skills of MSc Music Engineering and Production graduates Hana Zacpalkova and Jonathan Stevens, alongside BA Music Producing students Jake Hillcoat and Zeus Huxtable, for the recording.

Hana Zacpalkova said: “It was an amazing experience to be part of this recording. As a member of an orchestra myself, it was nice to be on the sound engineering side this time, and everybody was so kind, professional and patient. The musicians played the anthem so perfectly.”

Jonathan Stevens added: “Having studied by BSc and MSc at USW, our course leaders have always pushed us out of our comfort zone to take as many projects as possible, and what a great opportunity this was. Having Jake and Zeus on board was a great addition as we all worked well as a team to ensure a quick, professional, and non-intrusive set up, which has resulted in a beautiful recording of the Welsh national anthem to hopefully bring good luck to the Wales Korfball team!”

CPO are performing their next concert, A Night at the Movies, at St David’s Hall, Cardiff on Friday 2 December. For more details, visit: https://www.stdavidshallcardiff.co.uk/whats-on/orchestral/cpo-night-at-the-movies/