Research by Dr Mike Chick has helped to improve access to English language education for forced migrants in south Wales and informed government policy on ESOL (English for Speakers of Other Languages).

Since 2014, cuts to adult language education budgets combined with a rise in numbers of people seeking asylum have led to an urgent need for increased provision of ESOL. Language skills are essential to the integration of refugees and asylum seekers.

Speaking English is key to accessing work and educational opportunities as well as helping with social and cultural integration. And yet forced migrants often face long delays before they can access English classes.

Dr Mike Chick’s research into ESOL has led to substantial improvements in its provision for many people resettled in south Wales.

Working with the Welsh Refugee Council in Cardiff and with Rhondda Cynon Taf (RCT) Borough Council, he developed models of ESOL language provision for forced migrants through collaborative activity. 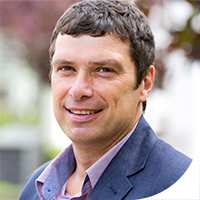