From practice to podium

Researchers at the University of South Wales (USW) have developed novel understandings of mechanisms and interventions which can enhance effective service provision in sport. Working with government agencies, national governing bodies of sport, and education providers, this research has informed improvements in the education and performance of professional sports coaches, support staff and athletes nationally and internationally.

Sport has been advocated as a domain in which people can learn transferrable skills that will help them in all areas of their lives. However, little is known about how life skills are developed through sport.

Research in reflective practice led by Brendan Cropley, Professor of Sports Coaching, has informed the Football Association of Wales Trust (FAWT) and UEFA coach education programmes and influenced coaching practice across Wales to enhance the personal development of players.

Working closely with the British Association of Sport & Exercise Sciences (BASES) and UK Coaching, USW’s research has also influenced coach education programmes across a wide range of sports and been made available to a worldwide audience. Between 2014 and 2020, this research has directly influenced the service delivery of over 4000 coaches working in Wales, over 100 elite football coaches working across the world, and over 100 sport science support staff.

The psychological preparation of coaches, support staff, and athletes is a recognised predictor of successful performance in competitive events.

Collaborative research in performance psychology and biofeedback led by David Shearer, Professor of Elite Performance Psychology has been used by Sport Wales to prepare over 100 elite athletes to deal with the pressures encountered at major world-level sporting events e.g. at the Commonwealth Games in Glasgow in 2014, and Gold Coast 2018 where Team Wales had their best ever medal performances at an international level. 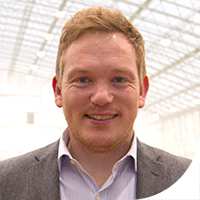