Reducing harm and saving lives in situations of substance misuse

In 2018, there were 2,917 deaths related to drug misuse in England and Wales, the highest number registered since records began in 1993. The problem is particularly acute in Wales where greater levels of deprivation have contributed to a rate of deaths far higher than in England.

Between 2009 and 2020, USW researchers led by Professor Katy Holloway conducted a series of interlinked empirical projects that have helped to minimise drug and alcohol-related harm and save lives. The findings have directly influenced the commissioning and delivery of substance-misuse services in Wales including, the national roll-out of the Take-Home Naloxone scheme across Wales (naloxone is a drug that reverses a heroin overdose) and important changes to long-standing harm-reduction advice.

Alcohol-related harms, including nearly 500 deaths per year and 15,000 hospital admissions, are of concern in Wales and led Welsh Government to implement Minimum Pricing for Alcohol (MPA) in 2020.

USW researchers also helped services to prepare for the potential unintended negative consequences of MPA in Wales. These include statutory community-based drug and alcohol teams in each Health Board area as well as the five major substance misuse treatment providers operating in Wales. They are also working with Welsh Government on a longitudinal study to evaluate the impact of MPA. 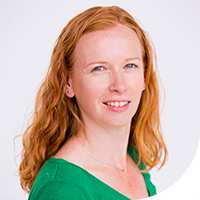