Credited with bringing Christianity to Wales and an early contender for patron saint, St Cadoc – a 5th-6th century Abbot of Llancarfan, near Cowbridge - is nevertheless little known, even in south east Wales, where many churches and four villages are named after him.

Professor Kevin Mills’ research, including his poetry collection, Stations of the Boar, and co-authored play, Cadoc and the Drowned Boys, has brought the stories of St Cadoc to a wider audience.

By engaging people in south east Wales with the stories of their region, an area where post-industrial decline and Welsh language loss often obscure the significance of local histories, this research has facilitated a deeper understanding of their place in Wales’s national identity. 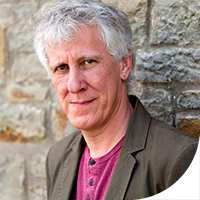