The history of the cultural exchange between the Welsh and the Khasi people of North East India is little known. This transcultural relationship is rooted in the missionary contact established in the mid-nineteenth century by the Welsh Calvinistic Methodist mission in the Khasi and Jaiñtia Hills, and the cultural processes that are a consequence of this interaction.

Until the mission movement came to an end in 1969, its representatives undertook extensive cultural production based on exchange with the local community, leaving behind a rich and complex body of literature and performance. Such materials include letters, hymns and folksongs, religious writing, diaries, magazines, travel writing and films, photography, and creative writing, scattered between archives in north east India and Wales.

In times of social and cultural division worldwide, awareness of how our cultural identities have been formed through transcultural relationships and how our histories have been defined by differing colonial/postcolonial contexts is crucial.

Research by Professor Lisa Lewis at the Centre for Media and Culture in Small Nations led to the Welsh and Khasi Cultural Dialogues project. This was shared via 28 public performances and five exhibitions by Indian and Welsh practitioners (in India and Wales) between 2017 - 2020 and has raised awareness of this history amongst communities in both countries, enabling participants from minority cultures to discuss their identities in relation to colonial/postcolonial history.

The research has affected working practices of participant artists; and resulted in greater understanding of how artistic practice can reveal complex and hidden histories. 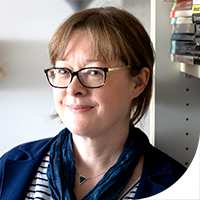