Researchers at University of South Wales have developed a diagnostic test capable of detecting the bacteria causing urinary tract infections within twenty minutes.

The current 'gold standard' for diagnosing patients with UTI symptoms is microscopy and culture analysis of a urine sample, taking 24-72 hours.

Urinary tract infections (UTIs) are one of the most common types of bacterial infection worldwide. It is estimated that 150 million people suffer from a UTI each year, and they are responsible for around 5,000 deaths per year in England and Wales alone.

It was reported in 2016 that UTIs account for 13.7 per cent of all antibiotic prescriptions issued in the community.

In primary care, most UTIs are treated empirically with antibiotics on the basis of symptoms and/or a positive dipstick result. This results in large numbers of inappropriate prescriptions, which is known to contribute to the antimicrobial resistance burden.

There is a need for a test that will allow clinicians to make point of care decisions in order to tailor or reduce UTI-associated prescriptions appropriately. For this reason, Dr Emma Hayhurst, a molecular microbiologist who specialises in antibiotic resistance, teamed up with Dr Jeroen Nieuwland, a molecular geneticist, and a team of biomedical engineers at the University of South Wales.

Their new test is designed to be a combination of an affordable, portable device and an assay which is fast, cheap and easy to carry out.

The test uses a molecular assay, optoelectronics and machine-learning algorithms to determine within 20 minutes whether there are clinically relevant numbers of disease-causing bacteria in urine. It can also pinpoint which bacterial species is causing the infection.

The device will revolutionise UTI treatment by providing a cheaper and more accurate diagnosis at point of care, compared to what is available now. This will reduce the large numbers of unnecessary antibiotic prescriptions associated with UTIs, which in turn will help relieve the burden of antibiotic resistance.

The innovative platform technology can easily be adapted to detect almost any pathogen from any sample, in a similar way to how the polymerase chain reaction is used now. In addition to other human clinical applications the device could also find applications in animal health and veterinary diagnostics, as well as in water testing.

Dr Nieuwland explains: “The test will provide health practitioners with immediate information on whether there are clinically relevant numbers of bacteria in a urine sample, and whether the causative agent is Escherichia coli (responsible for the majority of UTIs). This will give increased confidence in any decision to withhold prescriptions, without increasing the risk of a missed infection. The NHS will benefit from reduced direct costs, and a reduction in antimicrobial resistance." 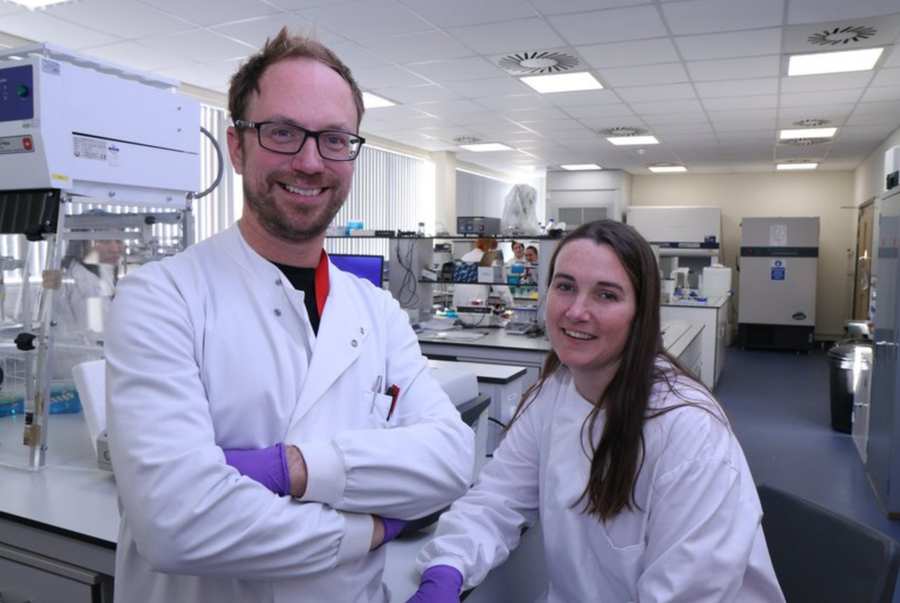 Dr Emma Hayhurst is a molecular microbiologist at the University of South Wales with expertise in anti-microbial resistance. She is interested in the transmission and detection of antibiotic resistance in the environment and the clinic, and in the wider issue of reducing inappropriate prescriptions through improved diagnostics, public engagement and improvements in public health. Dr Hayhurst works in partnership with the water industry and the NHS.

Dr Jeroen Nieuwland completed his PhD in plant cell biology at the Radboud University Nijmegen, The Netherlands in 2004. His thesis was about the discovery of a new type of plant cell wall loosening protein and its effect on plan growth and reproduction. He then successfully applied for an Intra-European Marie Curie Fellowship to work on plant cell division in the Institute of Biotechnology at the University of Cambridge. From 2009 Jeroen continued his research as a Research Fellow at Cardiff University. His current research interests are plant development, cell division and plant growth. Jeroen is keen to collaborate with people working in other disciplines such as computer science, engineering, chemistry and physics.