Digging around the evidence: USW expert reflects on the link between geology and crime 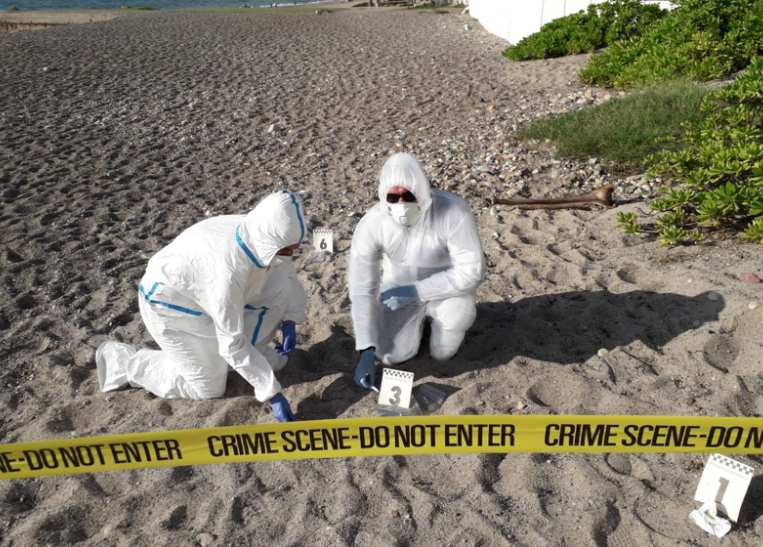 Duncan Pirrie, Associate Professor of Geology at USW and Head of Research for the Faculty of Computing, Engineering and Science, is the co-author of a new book The Guide to Forensic Geology, published by the Geological Society of London.

"Even as an experienced professional geologist, a link between geology and criminal and environmental forensic investigations is not immediately apparent. Why would an investigation require the skills of a geologist?

"Initially more by accident than design, I have, however, provided expert witness services in more than 100 murder and other serious investigations in the UK and overseas and am a recognised Expert with the UK National Crime Agency.

"Going back to 2002, I had a visiting fellowship with the the Australian Government Commonwealth Scientific and Industrial Research Organisation (CSIRO). Over several summers in Brisbane, we brain-stormed potential new applications of advanced mineral analysis methods, and wondered about potential roles of this technology in forensic science.

"With little understanding of forensic science, in 2003 I presented a talk at a conference, based on the analysis of soil samples from Australia, and posed the question as to whether this might be a valuable new investigative tool.

"In the coffee break I was asked if I might be able to assist in the investigation of the murder of a 15-year-old girl in the West Midlands. Her body was discovered in an alleyway between two houses, but the initial assault was thought to have occurred in the grounds of an adjacent school. 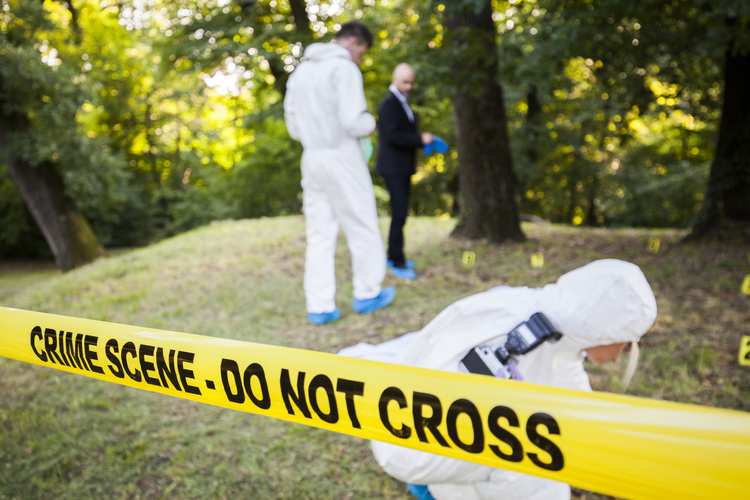 "An individual of interest to the enquiry had repeatedly denied any involvement and also having ever been in the school grounds. But the soil particles on his footwear told a different story.

"Through detailed analysis, we were able to show that the particles present on the victim’s and suspect's shoes had a common origin and were the same as those present in the school grounds.  They differed to locations where the suspect claimed he had worn the footwear. As part of a complex case, the evidence led to a conviction for murder.

"And so, my involvement in forensic casework started. Much of the work has involved the detailed analysis of forensic soil samples, comparing known crime scenes with questioned items from potential suspects. This type of comparative analysis has become a routine tool used by many investigative forces world-wide.

"In addition though, we can use soil samples as a predictive tool to identify unknown locations based on the soil's characteristics – a method we call predictive geolocation.  This leads to the second main application of geology in criminal investigations - the search for items hidden or buried in the environment. Much of applied geology is concerned with the investigation of ground conditions – usually for engineering projects. But the same tools can be used to search for buried, concealed items – including, but not limited to, murder victims, firearms caches, drugs etc.

"Forensic geoscience is, however, a very specialist discipline, with a small number of practitioners in each country. So, to further develop the science, and share best practice, in 2011, at a meeting in Rome, we established the International Union of Geological Sciences, Initiative on Forensic Geology (IUGS-IFG) – a global group of geoscientists working in this field. Through IUGS-IFG the study of forensic geology has developed enormously, as has its acceptance and application by law enforcement agencies world-wide.

"A group of very experienced forensic geoscientists came together to write A Guide to Forensic Geology, just published by the Geological Society of London, on behalf of IUGS.  This book is based largely on the combined casework experience of the authors, underpinned by the science behind the field. Its aim is to provide a practical guide for geologists in search and trace evidence analysis to further promote the uptake of forensic geology.

"Having helped, along with many other workers worldwide, the use of geological analysis in forensic investigations, the team of authors of this book have now moved on to a new and globally challenging problem. Mining provides the raw materials for society, but it is big business, and has significant issues with illegal and criminal activity.

"On a local scale, mining might be carried out without any legislative control – so called artisanal mining – which carries with it significant risks to people, impact on the environment etc. But at a much larger scale, global crime in mining funds international criminal cartels, terrorist networks and rogue states. Were the raw materials used in your phone sourced legally?

"With funding through IUGS we have embarked on, initially, a two-year project evaluating the scale of mining crime and then looking to the future of how geoscience may mitigate and investigate such activity. Again this is a global partnership with, in particular, colleagues from the USA, Brazil, Colombia, South Africa, Australia and Africa, with a partnership of academics and law enforcement officers.

"Knowing the source of raw materials and whether they were derived legally and sustainably will become a major new challenge in the future.

Forensic geology as a career path

"Finally, I am often asked if I can recommend forensic geology as a career path. Very few can make this a full-time career – the Brazilian Federal Police have the largest team of geologists, with about 80 staff, but in many countries there will only be a handful of experienced practitioners.

"It has significant challenges. Crime scenes and the recovery of victim’s bodies can be very upsetting; attendance and presentation of complex evidence during criminal trials will test your ability to the full.

"But it has reward, too. Whilst most of my casework experience has been related to the initial police investigations, the case I am proudest of involved proving beyond doubt, that evidence presented in an earlier trial was fundamentally flawed and that the conviction was unsafe.

"This investigation into a miscarriage of justice highlighted the importance of excellent science and the ability to independently assess the significance of the findings." 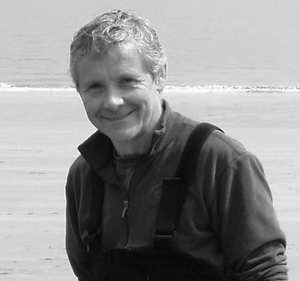 Duncan Pirrie is Associate Professor of Geology,  Head of Research for the Faculty of Computing, Engineering and Science, and course leader for the Masters in Advanced Applied Field Geoscience.

Dr Pirrie has published over 115 scientific papers and books. His research on applications of forensic geology has included linking soil characteristics with crime scenes and using soils to identify geographical locations. New work, funded through the International union of Geological Sciences is investigating the detection and mitigation of mining crime.

Dr Duncan Pirrie explains the need for new mineral deposits if we are going to achieve our ambitions for electric vehicles.

Dr Duncan Pirrie explains how soil can be used to analyse particulate trace evidence used to link offenders to crime scenes and in the search for missing murder victims.