Florence Ayisi, Professor of International Documentary Film at USW, is an award-winning filmmaker whose films have been screened all over the world at film festivals and on TV.

Originally from Cameroon, Florence came to the UK in 1986 to continue her studies. She joined USW in 1998 as a lecturer in Film. She teaches on the BA (Hons) Film, and also on Global Cinema which is part of BA (Hons) Cinema. She also researches diverse aspects of film theory, history and documentary film practice.

In 2021, Florence and a group of female professors from nine UK universities were successful in a £2.5million UKRI funded research project to explore the impact of the Covid-19 pandemic on the wellbeing and resilience of BAME (Black and Minority Ethnic) families and communities, called Co-POWeR.

Her drive for making documentary films came from being shocked by the negative stereotypes about Africa that she saw on British TV.

She said: “Between 1986 and 1989, most media coverage seemed to be about the negative aspects in Africa –disease, corruption, famine – but I knew there was another reality that wasn’t shown. That’s when I decided to use my experience of how the media can help shine a spotlight on people, stories and communities that UK audiences don’t know about. I wanted to focus on the positive narratives about Africa.”

Florence then studied an MA in Filmmaking, and dreamed of her ideas being commissioned by the BBC – but she soon realised that she needed to make projects that were widely accessible to their audience.

She said: “It was difficult to get independent funding, so I made the decision to teach students how to make films. For me, it was very satisfying to see others being inspired by the issues on media representations I really cared about. In my teaching, I introduced and explored several topics on representational issues, including how disabled people, women, minorities and gay people are represented in the media. I felt good about the fact that I was allowing students to be more critically aware of how the media can be selective; this offered students plenty of opportunities to reflect and question whether mainstream media outputs were reflecting who they were; in a sense, whether they saw themselves in the media that are most accessible to them.”

After the atrocities of 9/11, Florence went to the Sheffield International Documentary Film Festival and met Kim Longinotto, a British documentary filmmaker who is well known for making films that highlight the plight of female victims of oppression or discrimination. Florence teamed up with Kim to develop several ideas, and one was commissioned by Channel 4; Sisters in Law, about female lawyers in the judicial system in Cameroon. 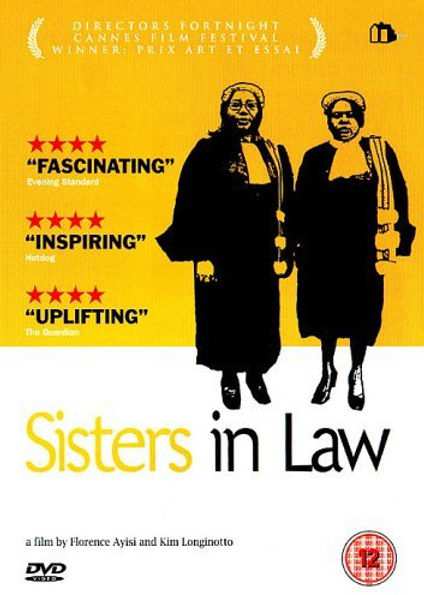 Florence said: “It was a privilege to go back to the town where I grew up to focus on the female lawyers who worked at the magistrates’ court. Before we started filming, I went to see the Minister of Justice and Keeper of the Seals. He was really pleased with the fact that he had female lawyers working at the highest level in the judicial system.

Sisters in Law has been screened in over 200 film festivals and on Television world-wide, it has won over 30 prestigious international film awards and was short-listed for an Academy Award nomination (Oscars) in 2006.

“In 2006, I travelled to Zanzibar to make a documentary about a female Muslim football team, called Zanzibar Soccer Queens, which tells the story of a community of strong-willed women, determined to better their lives and define new identities through playing football. 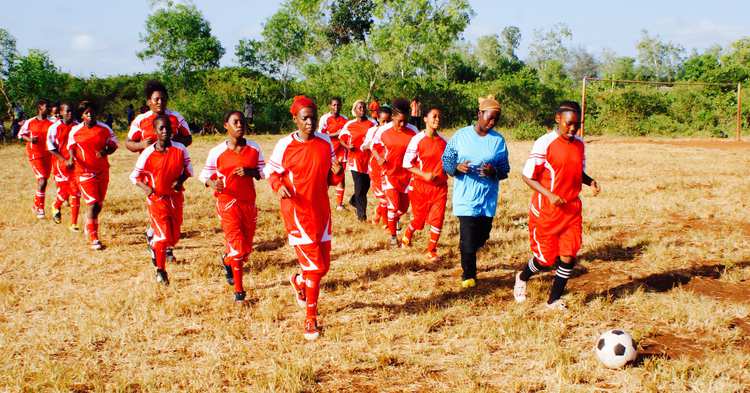 “I then made another film there called Our World in Zanzibar (2007) about Western women who have migrated to Africa. The film unveils their personal stories through workshops, candid discussions, in-depth interviews and staged performances. It explores why they travelled to Africa, leaving their comfortable lifestyles in the USA, Netherlands, Spain and the UK behind.”

Zanzibar Soccer Queens had made a big impact on the lives of the female footballers and society at large, changing attitudes to the point where the government allowed girls to play soccer in schools as part of their physical education.

People want to see another side of Africa

Florence said: “It was then that I realised the power of film and the impact it can have on people’s lives and in society. It has shown at several international festivals, and consolidated my belief that people want to see another side of Africa.”

In 2009, due to the success of the film, the team were invited to Germany to speak about their experience of being resilient and resistant to societal norms. This created a positive buzz back in Zanzibar, resulting in new possibilities for young girls and a change in negative societal attitudes towards female footballers.

This prompted Florence to make a follow-up film called Zanzibar Soccer Dreams (2016), co-directed with her friend and colleague, Catalin Brylla. This film chronicles the impact of the women’s success in desire to play football despite societal challenges.

In 2018, Florence made a documentary film called Marie Madeleine, A Female Chief, about a woman who was enthroned as chief in Nkol Ngock I, a small village in Cameroon. The film captures an unusual occurrence in Africa, where the position of a traditional ruler or chief is customarily handed down from father to son; presenting a rare glimpse into a community undergoing change. This film has also been screened widely at international film festivals.

Perhaps Florence’s most successful film to date is The Bronze Men of Cameroon (2020). The film presents an intimate portrait of bronze artisans in the Western Region of Cameroon, and highlights important aspects of cultural heritage, and threats to the traditional practice of bronze casting.

The Bronze Men of Cameroon

She said: “The Bronze Men of Cameroon has been shown at more than 20 film festivals and has won many prestigious awards. I’m delighted and feel privileged that the bronze craftsmen proudly allowed me to document their work and experiences.”

So what does the future hold for Florence? She said: “Being in Wales for so many years, I’ve realised that there is so much we need to shine a light on. There’s a huge multicultural community here. Wales is is a nation of diverse cultures and they are all living well together.

“I like to focus on the positives in society, and multiculturalism is definitely something to celebrate; highlighting a strong sense of community, connections and commonality, despite differences in ethnicities. Diverse cultures enrich societies, so I’d like to explore this more in my future work, and Wales offers a unique context for this.”