In the first study of its kind, researchers at University of South Wales (USW) have found that Brazilian Jiu-Jitsu (BJJ) athletes may be at less risk of causing long-lasting injury to the brain than previous studies have suggested.

BJJ is a popular martial art that exposes participants to recurrent intermittent asphyxiation due to controlled application of neck chokes. Unlike several combat sports, BJJ categorically prohibits strikes to the body, especially the head, favouring limb manipulation and neck chokes to coerce an opponent into submission.

Concerns have been raised regarding the potential link between repetitive neck chokes, structural brain damage and implications for cognitive function - the means and mechanisms of acquiring and processing information, such as, learning, memory, attention, and coordination.

Researchers (Benjamin Stacey, Zac Campbell and Professor Damian Bailey) of the Neurovascular Research Laboratory at USW examined blood flow to the brain using Duplex ultrasonography and cognitive function via neuropsychological tests in elite Brazilian Jiu Jitsu athletes. They found preliminary evidence that the BJJ athletes had a higher resting blood flow to the brain, alongside in-tact cognitive function, when compared to a control group of athletes matched by age, gender, and cardiorespiratory fitness. 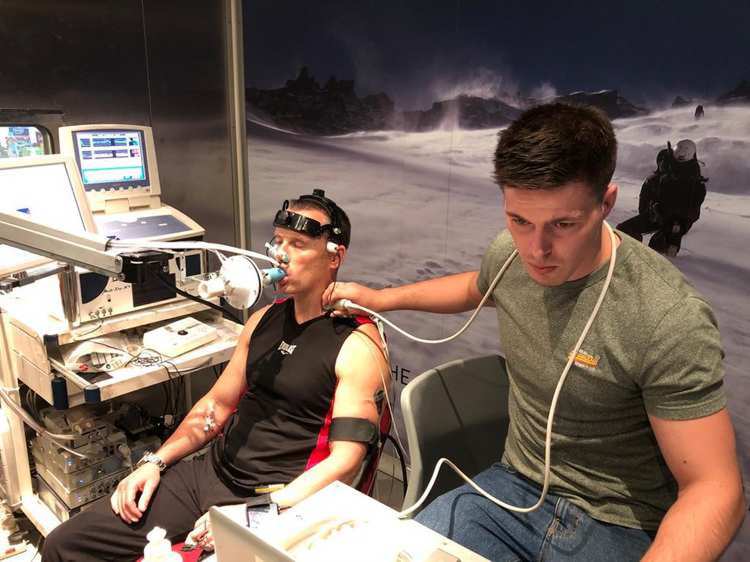 Benjamin Stacey, Lecturer in Clinical Science, said: “The popularity of BJJ is growing exponentially and is likely attributable to many people witnessing its effectiveness in Mixed Martial Arts (MMA) on promotions such as the Ultimate Fighting Championship (UFC) and Bellator. The inclusivity of BJJ allows for all individuals to train together, regardless of age, sex or physical ability and when compared to other combat sports, BJJ carries a lesser risk to injury.”

“Our unique findings argue against the notion that BJJ predisposes an individual to greater risk of long-lasting brain damage and conversely, provides evidence for enhanced protection for the brain. These observations may be attributed to choke-induced pre-conditioning and/or exposure to BJJ-specific high-intensity interval training, which we know can confer protective benefits for the brain”.

“These findings can help to inform much-needed follow-up research to extensively examine both the short and long-term implications of participation in the sport”.

The report was recently selected as the November Editor’s Choice article in the Scandinavian Journal of Medicine and Science in Sports (SJMSS).

Benjamin Stacey is a member of the Sport, Health and Exercise Science Research Group.