I wouldn't be where I am today without her

"I wouldn’t be where I am today without Professor Ruth Northway. I feel really lucky that she helped me.

"The support she gave me in my early career was life-changing. I was an insecure student nurse who had never considered a lecturing career, let alone undertaking a PhD. Academia can be an intimidating place, but she taught me to have confidence in my ideas and abilities, and to push myself.

"When my mother died during my PhD, it was really difficult for me. I felt like everything was falling apart. What really helped was that someone had faith in me, someone I admired and respected. Without Ruth pulling me through, I would have given up, for sure.

"Through her unassuming support she has taught me so much about the kind of leader I want to be. It was never about what she said or did but how she made me feel. I felt like I could achieve anything.

"More than a decade later, I’m guiding my own students along their career paths. I find myself repeating the same advice Ruth gave to me, and I can see those words leaving an impression on them too. This is how the legacy of a good mentor continues."

Having someone on my side, willing me on, was priceless

Dr Shiny Verghese is a lecturer in Computer Science and researcher in human-computer interaction.

"As a child, I gravitated towards strong female role models. I found it helpful to see people’s career road maps and how they navigated challenges. Kiran Bedi was the first woman in India to join the officer ranks of the Indian Police Service - I found her confidence inspiring. Sudha Murthy, the first female engineer to be hired at India's largest auto manufacturer (TELCO), was another inspiration. Her career was at its peak just as mine was just starting to take shape. Her achievements informed my own ideas about what was possible for women in technology.

"Finding a mentor was invaluable for me – especially in an industry renowned for its lack of gender diversity, like computing. Sarah Bargal, currently a Research Assistant Professor of Computer Science at Boston University, was a colleague I met while working at a private university in Kuwait. She started unofficially mentoring me straight away. I was studying for my doctorate part time while working and bringing up a family, and she was mid-way through her own PhD.

"She was a source of constant encouragement and support in the early days when the sense of imposter syndrome was real, and often crippling! Even when she moved jobs (and time zones!), we would speak on Skype, she’d look over my writing and give feedback. Sarah’s encouraging words on how ‘many of the best solutions come from women’ helped me find my voice and take on leadership positions. Having that sense of someone being on my side, willing me on, was priceless.

"The experience made me determined to help other young women. I tell my own students that they need to take the initiative, be upstanding and outspoken in order to achieve their ambitions."

I left her company feeling better, walking taller and believing in myself

Dr Abigail Watts is a research fellow in chemistry at the University of South Wales. She is currently working on the synthesis of nano-porous imogolite-based materials for applications in catalysis. 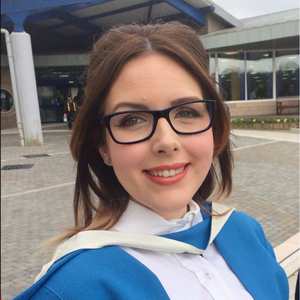 "Professor Alexandra Slawin, one of the world’s leading chemical crystallographers, was my mentor at the University of St Andrews. In an industry that remains dominated by men, it was inspirational for me to encounter such a brilliant female professor.

"In a survey carried out by Cambridge Structural Database in 2018, Professor Slawin was ranked sixth in the world for the number of datasets deposited in the CSD and the highest-ranked female. Her productivity is legendary and her achievements are all the more remarkable for her passionate commitment to supporting the career development of women scientists.

"She always found time to help other women climb the ladder. We were members of the school’s Athena Swan committee and one of our accomplishments was renaming the reading room after one of the University’s first female Chemistry graduates.

"Alex taught me to navigate the different personalities within my research group, and gave me the confidence to be more assertive. When feelings of inadequacy crept in, she always had time to listen. Being far from home, feeling lonely and isolated, she had an amazing ability to make me feel wanted and welcome. I left her company feeling better, walking taller and believing in myself.

I‘ve learned a huge amount from Professor Slawin, both about chemistry and about myself. She was a wonderful mentor - her insight and guidance have been invaluable and without her support I wouldn’t be where I am today.