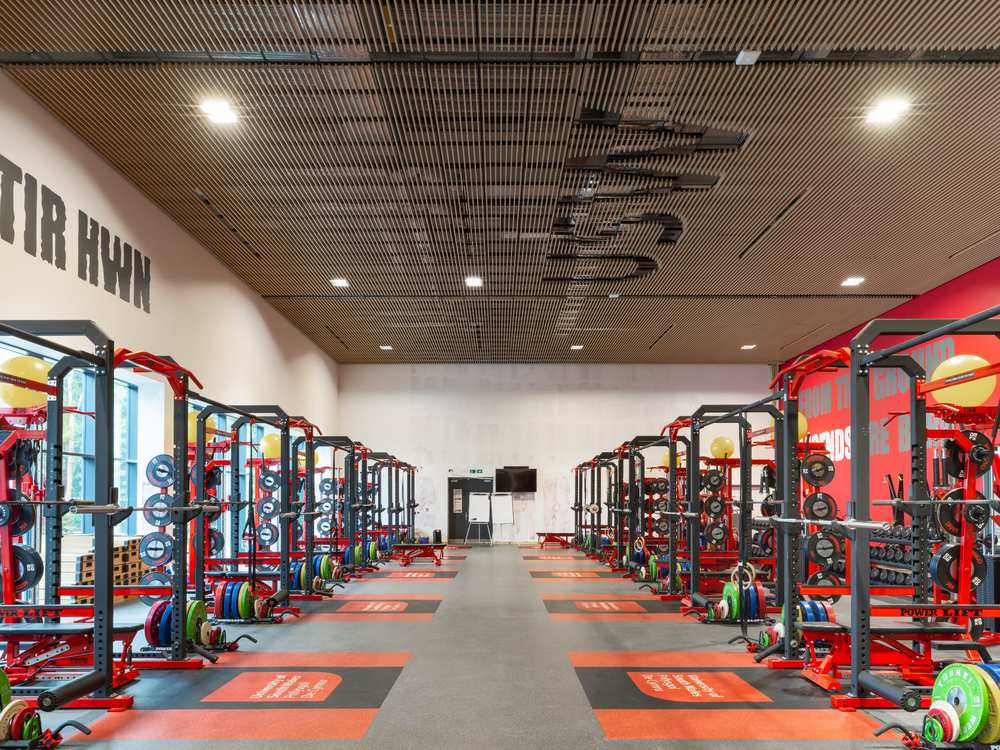 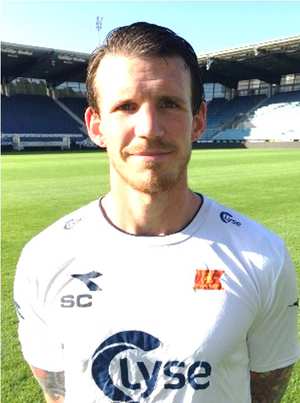 Sean is a PhD student in Strength & Conditioning (S&C) at USW. His research focuses on exploring the importance of experiential learning and reflective practice for enhancing effective service delivery in S&C. Previously, Sean was the Headof Physical Performance at Viking FK, a Sport Scientist with the Football Association of Wales and U23 Lead Sport Scientist and S&C Coach at Cardiff City F.C.

As the return of professional football in the UK, following the three-month enforced break due to the spread of the Covid-19 pandemic, is upon us, many people have started to discuss how physically prepared players will be for the intensity of competition associated with this level of the game. Certainly, whilst players have recently returned to training, first under strict restrictions and then into full-contact and practice games, the level of physical preparation has been less than ideal. In fact, in the second competitive game to be played following the lockdown, Arsenal lost two players to non-contact induced injury within the first 25 minutes of the game (for a report see SSN). Given my previous roles in professional football, where I was essentially responsible for the physical preparation of players, this situation, and recent media reports regarding players’ perceptions of the value of Strength and Conditioning (S&C) for helping to improve physical performance and reduce the likelihood of injury, have raised a number of issues worthy of discussion.

Does Dedicating Time to S&C give us a “Bang for our Buck”? 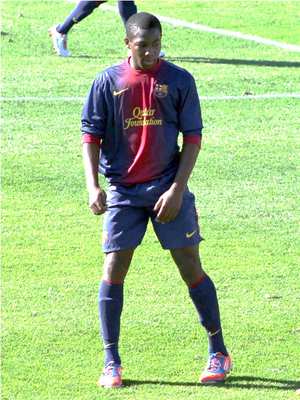 Gary Neville, former Manchester United player and current Sky Sports pundit, recently conducted an interview with Arsenal and France star Thierry Henry. During the interview they sat together and watched clips of Henry’s illustrious career, discussing various topics related to what made Henry such a fantastically gifted player. One of these clips included a short passage of play where the Arsenal forward receives the ball under pressure, holds off a defender with his left arm, dribbles away and precedes to lay the ball off to a teammate. Neville sees this and comments that Henry showed great “strength” to hold off the defender, which leads him to ask, “Did you go in the gym and do a lot of weights?” Henry replied, “I never used to go to the gym, never! I valued minutes on the pitch over minutes in the gym.” Similarly, when questioned about his seemingly incredible physical transformation, Adama Traore (Wolverhampton Wanderers FC and Spain), arguably one of the best Premier League performers in 2019/20 prior to the Covid-19 lockdown, revealed, “My training? I don’t do weights. It’s hard to believe, but I don’t do weights. It’s genetic. I exercise, but I gain mass very quickly” (see Talk Sport report).

As an S&C coach (having worked in professional football) both comments immediately sparked debate within my online football and performance coach community. The general contention of the discussion was that the “football coaches” had the view that players could achieve world-class status without the need to spend time in the gym lifting weights. Essentially, why should players who are “that” good be forced into a gym-based strength programme? Conversely, the “S&C coaches” questioned why any player, regardless of ability would shun a prescribed form of training just because they do not believe in its benefits, even though there is considerable evidence to support the efficacy of S&C programmes for improving elite sports performance (see Strength and Conditioning for Soccer Players). Without becoming the proverbial fence-sitter, there are merits to both sides of this argument.

The benefits of strength training for football have been studied for some time (for example see In-Season Strength Maintenance in Soccer). Further, given that the modern football player must be able to run and sprint repeatedly with unknown rest periods, jump high and be strong in the air, as well as possess a strong standing base to hold players off the ball, whilst being able to perform technical skills (e.g., passing, shooting, control) with efficiency and accuracy – it appears intuitive that strength and conditioning based training programmes would have a significant impact on helping players to not only cope with the physical demands of the game, but to also thrive physically and improve overall performance. In addition, it is widely acknowledged that such training programmes may also reduce the risk of injury, which is clearly an important goal for all professional players (see Strength Training Reduces Injury Rate). 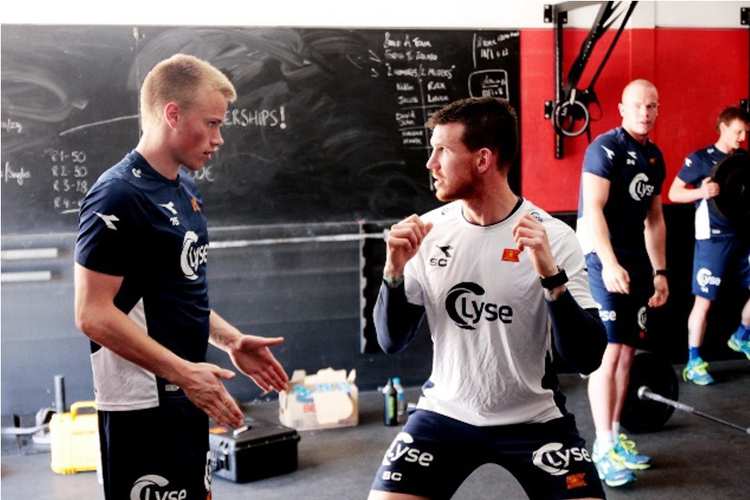 In spite of the availability of such supporting evidence regarding the efficacy of S&C programmes, those working in this area need to understand the importance of the wider knowledge and skills practitioners require for effective service delivery and behaviour/perception change with athletes. For example, in the interview, Henry stated that he “prioritised minutes on the pitch over minutes in the gym”. As an S&C coach, forcing players with such perceptions to follow a gym-based S&C programme may cause a strain on their working relationship, resulting in less than optimal engagement and effort from the player short-term and a reduction in trust long-term. Indeed, recent research has reported the benefits of enhancing athlete engagement through the quality of the relationship between the S&C coach and the athlete, which is improved by developing a good rapport based on trust and respect (see Coaches’ Psychosocial Behaviours in S&C). This is not to say that the need for strength work should be ignored in order to “keep the superstar player happy.” Quite the opposite, the principles by which we (S&C coaches) work should never be compromised. However, in order to address the demands of the context, we have to consider whether a sufficient stimulus can be achieved while maintaining a strong positive relationship with the player. Essentially, can we “hide the broccoli” in order to facilitate player physical development? 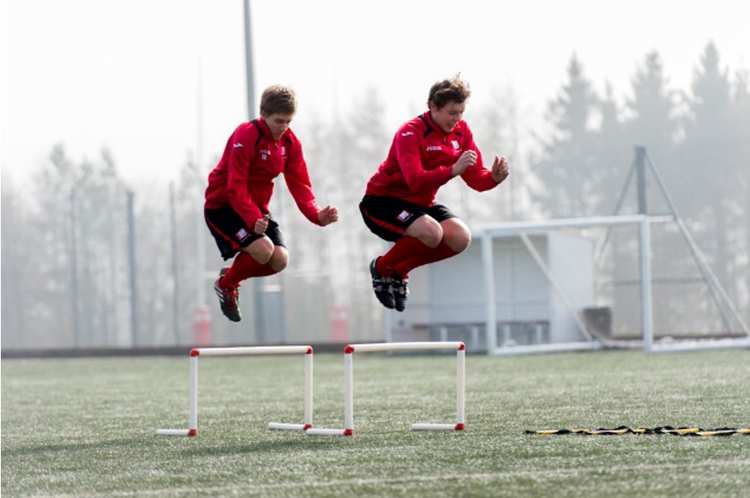 Numerous strength, speed, plyometric and mobility drills can be performed on the pitch with and without a ball (something that will arguably keep any football player happy). However, when I posed these suggestions to the same online football and performance coach community, a range of practitioners rebutted with the argument that “strength development requires progressive resistance, this is difficult to develop on the field.” While I do not disagree with this contention, the situation is not as straightforward and consequently, there needs to be an end in mind and a sense of what we are trying to achieve as S&C coaches. In my experience of working in football, the aim should be to produce the best, most robust football player who is “available” (e.g., injury-free) and fully prepared for the training and competition demands they face, rather than producing the “strongest” athlete possible. Certainly, is maximal effort during a sport-specific, on-pitch strength/speed/plyometric drill of greater value than a sub-par performance in the gym?

When debating the need for S&C training in football, we as coaches need to remember that we are dealing with human beings all with different traits, habits, and personality types. Not to mention the different backgrounds and cultures that a team of multi-national players can bring. While a well-intentioned S&C programme may tick all the ‘peer-reviewed’ boxes and be theoretically solid, if the player/s do not value it then it becomes mediocre at best and detrimental at worst (see sections 4.2 and 5.2 of Efficacy of Injury Prevention Strategies). However, if we, as S&C coaches, can look to build programmes towards agreed goals established between ourselves and the head coach, while simultaneously incorporating elements that we know hold value with the player (i.e. on-pitch/ball work) then we can possibly improve engagement and compliance, which is likely to result in stronger, faster, more resilient football players. The need to build deeper, more meaningful relationships through mutual trust and respect can help towards creating a greater training synergy or ‘buy-in’ from our athletes (see Toward a Sociology of Strength & Conditioning Coaching), which can be the key for effective S&C delivery.