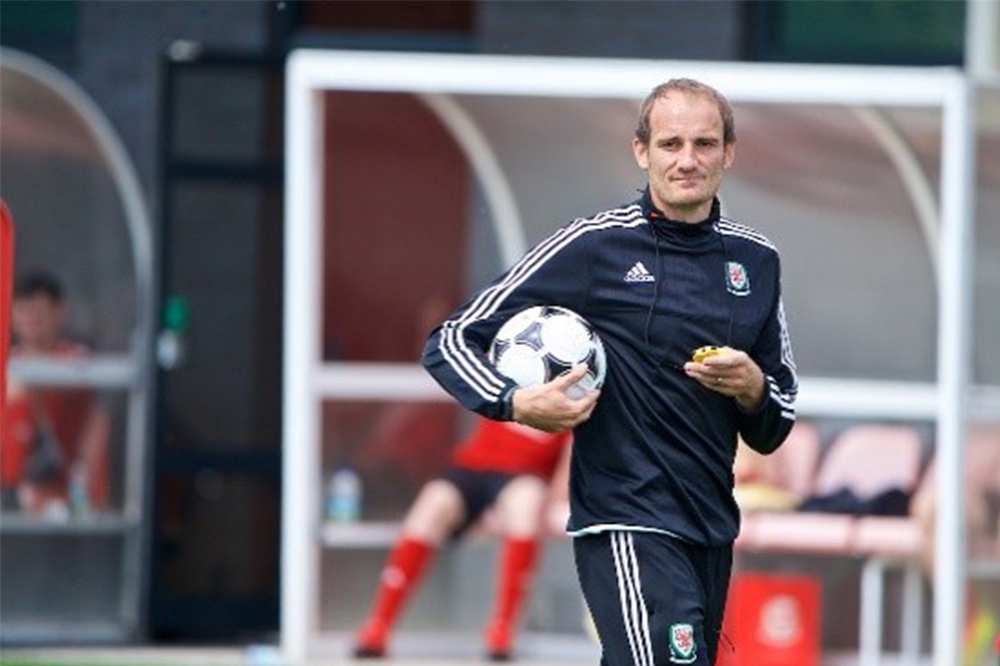 David is the Technical Director of the Football Association of Wales Trust, and has a PhD in Sport Coaching. David previously held the position of Football Coaching Consultant at USW.

Throughout the Sport Coaching and Motor Learning literature, there has been considerable debate about the best approaches to facilitate skill development in young sports people.

Much of this research has concluded that the learning of sport skills happens most effectively when the skills are learnt in a contextually relevant environment (i.e., skills are learnt in the environments and under the conditions or constraints in which they are to be used – see Representative Learning Design). As a result, traditional approaches to skill acquisition, such as the use of drill based activities, have been questioned with regard to their utility in supporting effective learning. However, anecdotally, a number of coaches from a variety of sports have raised concerns about the seemingly unquestioned dismissal of certain activities (e.g., drills) in favour of alternative approaches. Indeed, it appears as though the field of Sport Coaching has lost sight of the potential value that all activities can have if they are structured in the right way and used at different stages of the athlete’s development. For example, drill-based activities can utilise different levels of contextual interference (e.g., practicing various tasks [different types of pass, control, decision making] in a single situation) and constraints (e.g., individual, environmental and task constraints [overloaded situations, pitch size, game conditions]) to improve the likelihood of effective skill acquisition (see Skill Acquisition Periodisation). Such discussions form part of the modules delivered on the BSc (Hons) Football Coaching and Performance and the MSc Advanced Performance Football Coaching degree programmes at USW.

In the season 2018-2019, UEFA provided the Football Association of Wales (FAW) an increased solidarity grant for the next 5 years to impact Welsh Premier League clubs’ youth development departments. In turn, the FAW decided, in conjunction with the 12 Welsh Premier League clubs and the 2 relegated clubs (14 in total), to employ Heads of Coaching in each club to develop community links, improve coach education, and provide a more comprehensive player development methodology across all ages for boys and girls. As a consequence, in order to affect the youngest age within these programmes, the FAW and the FAW Trust (a registered charity tasked with the development of football in Wales) implemented a nationwide skill acquisition programme in order to ensure the players within the Foundation Phase (7-11 years) of each club are being exposed to a high volume of technically based activities and maximised ball rolling time (e.g., encouraging coaches to design and deliver sessions where the majority of the time the players are engaged in football-related activity with the ball) to ensure more efficient and effective technical returns (e.g., player technical skill acquisition) from practice. 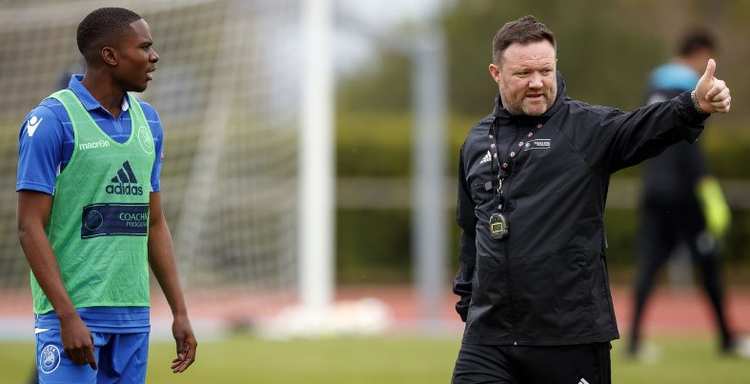 In order to implement this skill acquisition programme we created a working group of specialists in the Foundation Phase and created a workshop and resources to support clubs in implementing this across their youngest age groups. As a frame of reference we defined skill acquisition as, “Voluntary control over movements of joints and body segments in an effort to solve a motor skill problem and achieve a task goal.”

In turn, there are a number of models that describe the stages of learning during which performers experience aspects of learning a skill (see Fitts & Posner’s Stages of Learning; Gentile’s Taxonomy for Motor Learning; and Bernstein’s Prelude to Dynamical Systems). Therefore, in order for us to develop a robust skill acquisition programme we ensured that a range of relevant theoretical considerations were encompassed through varied practice design (ability based) so that players were repeating these core techniques in turn producing the relevant movements to achieve the overall task. Indeed, what was particularly relevant to the development of this programme, and a notion that underpins our player development philosophy, is the idea that, “What is tactically desirable, must be technically possible” (Lauder & Piltz, 2013, p. 59 – Play Practice).

There is much research that describes the relative benefits and limitations of blocked (e.g., repeated performance of a single variation of a skill, such as repeated passing of the ball to a stationary target over a distance of 5 yards), variable (e.g., practicing different variations of the same skill, such as passing from different angles or over different distances or using different techniques) and random (e.g., practicing multiple skills in a random order, such as random variations of different types of passing and receiving skills) practice. Each practice type stresses the individual based on the level of complexity of the task and how reminiscent the task is to those actions that are required in competition (e.g., the level of competition included, the number of opposition the skill is performed against).

Critically, when designing meaningful practice, the coach must recognise the significance of a trade-off between the level of repetition, decision making and complexity offered by the skill learning activity. Decisions regarding the nature of the skill learning activity have to be made, therefore, based on the coach’s knowledge of what they want to achieve (the objective) and the stage of learning of the player so that an appropriate combination of repetition, decision making, and complexity is gained. For example, such trade-offs, when deigning practices, operate on the following continuum, with decision making increasing or decreasing depending on the level of repetition and complexity required:

With this figure in mind, we designed a curriculum of activities that catered for such trade-offs, recognising exercises that have high repetition (e.g., blocked) will increase the quality, speed and accuracy of technique; whilst exercises with high decision-making (e.g., variable and random) will have greater realism and transfer into the game. Subsequently, the FAW Trust Coach Education and Player Development teams developed resources to support the FAW Welsh Premier League Academies Heads of Coaching to deliver the skill acquisition programme. Here are some video examples: 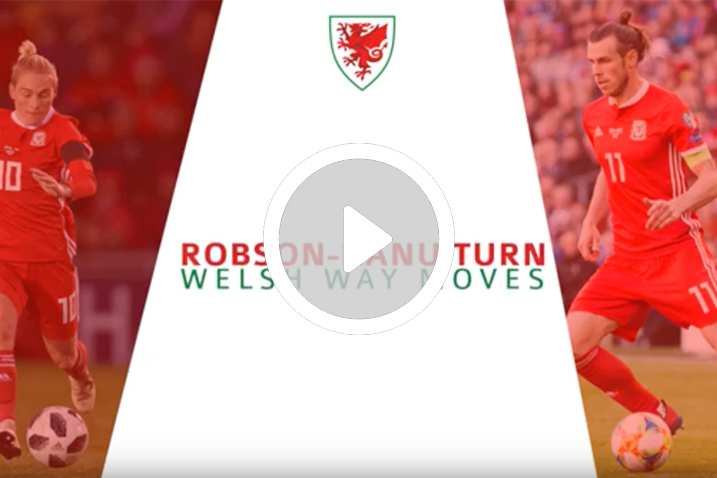 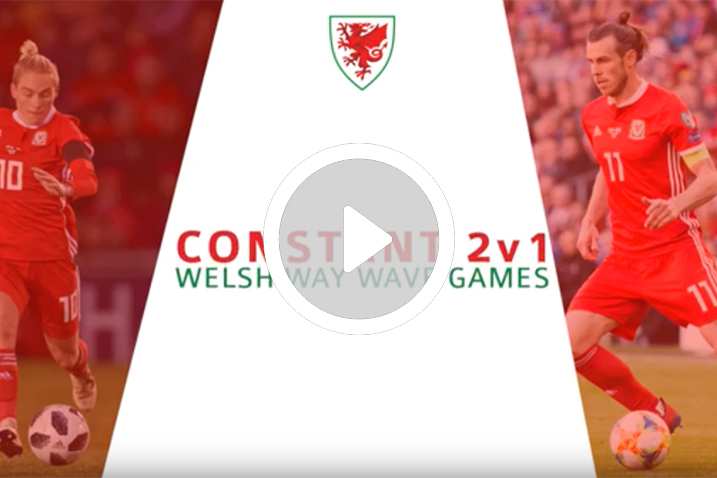 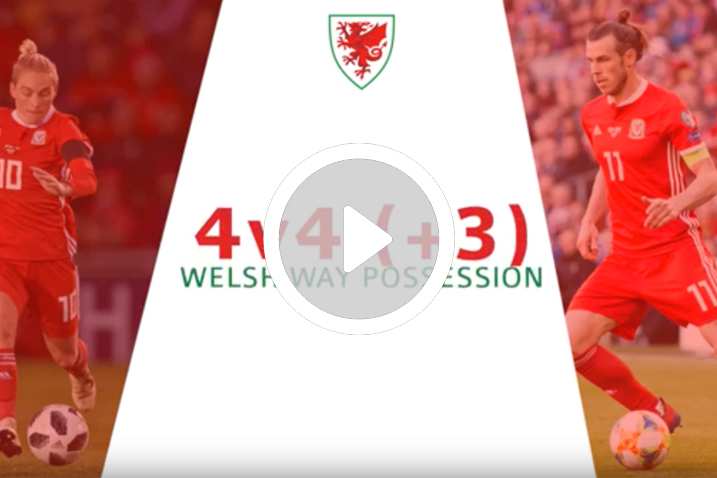 The fundamental process of the skill acquisition programme is to ensure that over the next 3-5 years we improve the technical ability of the players in the Welsh Premier League Academy system, in turn enabling coaches in the next phases of player development (Development and Professional Phases, years 12+) to build player understanding and application of the complexity, decision making and position specific aspects of the game. In doing so, we are attempting to facilitate a more effective approach to skill acquisition and player development through creating appropriate learning environments built on individual needs and characterised by support and challenge.