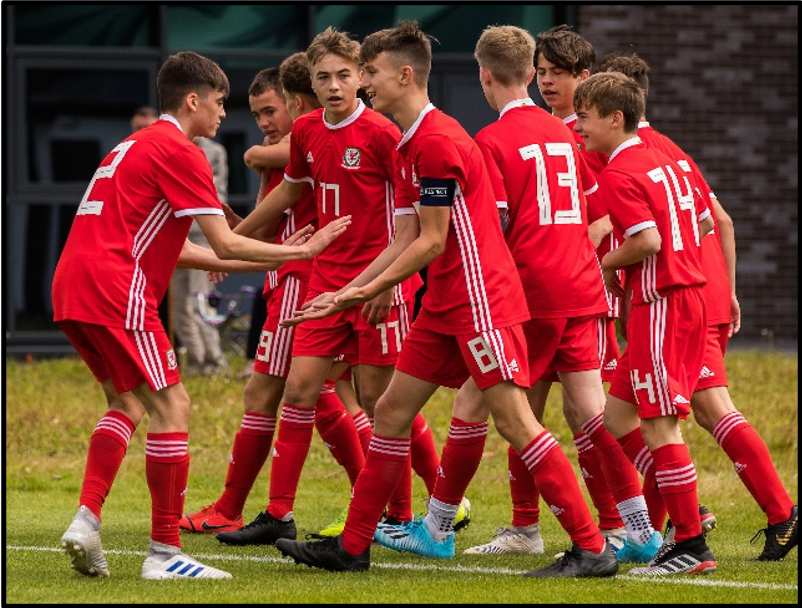 Alan is a PhD student in Sport Psychology in the School of Health, Sport, and Professional Practice. His research focuses on the psychosocial demands elite youth football players experience when making the transition from club to international level.

Across sports and competitive levels, athletes frequently experience adversities, ranging from mild hassles (e.g., physical demands of training) to major “crossroads” moments (e.g., loss of funding), which they must successfully overcome to grow and progress in their careers. One such group of adversities that have received significant attention in the sport psychology literature are transitions. Typically, transitions are events that are either anticipated (e.g., making the transition from junior to senior level) or unexpected (e.g., sudden retirement due to injury) in nature. The majority of sport psychology work and media attention has, however, tended to focus on athletic retirement and the transition out of sport (see a Systematic Review of Career Transition out of Sport). During such transitions, it has been reported that nearly one in five elite athletes will experience feelings of loss and anxiety (see an Interview with Jonny Wilkinson). 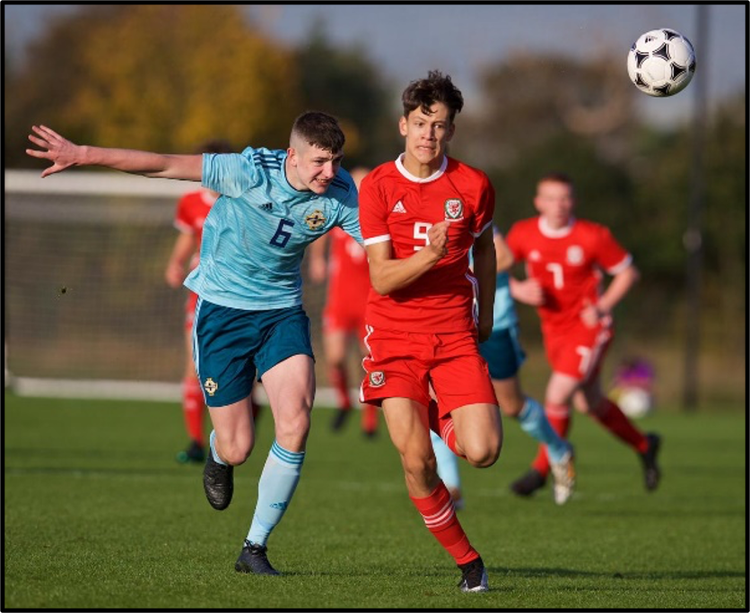 Exploring the demands associated with the JST is particularly important in a football context, where players making the transition from academy to professional level frequently move from a culture that is supportive of development to one that is characterised by a ruthless pursuit of results and often devoid of appropriate support networks. Too often, this results in players struggling to adapt to their new performance environment, from both professional and personal perspectives, and leads to many players dropping out of the sport altogether (see What Happens to Footballers after Being Rejected). Consequently, although many within-career transitions may appear overtly positive (e.g., a player signing a professional contract) they can be extremely demanding, particularly when the individual is not psychologically prepared for the transition and the new environment they are about to enter.

Our Research: The Club-to-International Transition

In elite youth football, the club-to-international transition (CIT) is a unique experience, often viewed as the pinnacle of a player’s career as they get the opportunity to represent their country on the international stage. Having previously been unexplored in the sport psychology literature, we believed the CIT warranted investigation as it contains a number of potential demands that could facilitate or debilitate a player’s personal and professional development, as well as have an impact on the long-term success of the national team. When investigating transitions, such as the CIT, it is important to identify not only what demands players may experience during the transition (e.g., competing for a starting spot), but also why they might view these demands as a challenge or as a threat to their athletic development (e.g., uncertainty over getting another opportunity to represent your country). Understanding the reasons why certain factors might be considered as demanding is associated with exploring the situational properties of the demand itself and can provide us (coaches, researchers, psychologists) with a better understanding of the stressful nature of situations and individuals’ reactions to these situations (see The Underlying Properties of Stress in Sport). As a result, our research aimed to develop the evidence-base concerning sport transitions and assist National Governing Bodies (NGBs) and those who work with youth football players to consider the wider implications of within-career transitions, with a specific focus on the CIT. 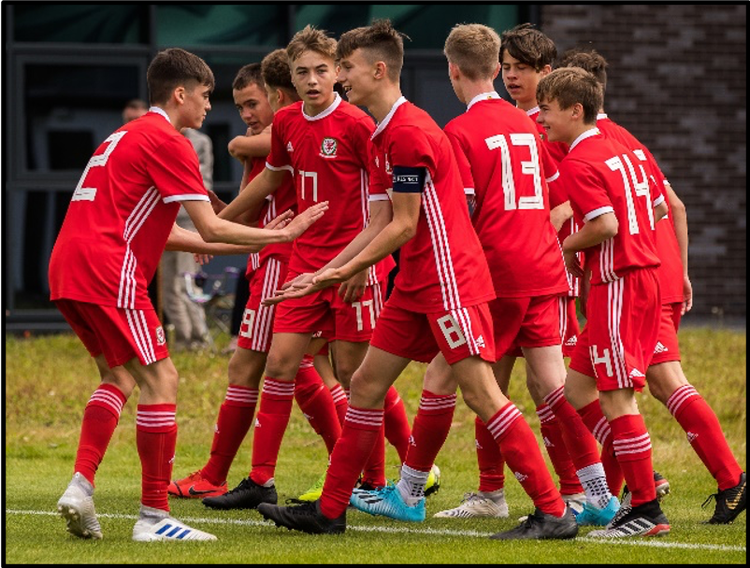 Our Findings: The Club-to-International Transition

From interviewing both players and coaches, we have found that the CIT involves a multitude of performance, organisational and personal demands and specific situational properties (see Table 1 for examples).

Of particular interest, is the unique nature of the CIT in relation to other transitions a young elite athlete may encounter early in their career. Specifically, past research has found in organisations where the academy and senior team’s philosophies around talent development are incongruent, players do not receive the required psychosocial support and preparation to make a successful transition (see Perceptions of the Junior-Senior Transition in Soccer). This lack of preparation resulted in players being unaware of the attitudes and behaviours required to survive and flourish in the senior environment. However, the CIT does not involve a transition between two sub-cultures of an organisation (e.g., academy-to-first team), but rather a continuous switch between two separate organisations with different talent development philosophies. Therefore, we found that progression through the CIT involved players facing environmental conditions that were novel (e.g., new relationships, new coaching philosophies), ambiguous and for which they were inadequately prepared in a club environment. Further, the continuous nature of the CIT meant that players were never guaranteed a place in the international squad, leading them to question the duration of the CIT and their identity as an international footballer. The uncertainty surrounding the duration of the CIT also meant that players were reliant on wider organisational relationships and discussions between international and club coaches, on which they had little input.

Our findings suggest that NGBs in football need to educate all relevant stakeholders (e.g., international coaches, players, parents) on the nature of the CIT and its situational properties. Players will inevitably face demands during the CIT, which are both potentially positive (e.g., developing new relationships) and negative (e.g., struggling with their identity). However, by managing the perceived situational properties of these demands through informed coach education (e.g., reducing the ambiguity associatedwith the CIT through early coach-athlete relationship development), players will likely become more comfortable when making the transition to international football. Further, if players are to make the CIT successfully and multiple times, then coach education programmes also need to focus on developing personal characteristics in players (e.g., mental toughness, hardiness, resilience), which allow them to adapt effectively to CIT demands. From an organisational perspective, a successful CIT also requires a more structured feedback process, involving communication between the player, club coach and international coach regarding player performance during international duty. The aim of this is to reduce players’ feelings of ambiguity surrounding the feedback process and provide them with a sense of ownership over their development (e.g., their behaviours during international training/competition camps) and an intrinsic motivation to continually make the CIT. By implementing such strategies, we believe that NGBs in football will be able to improve the transitional experiences of their players and positively influence their national teams’ long-term success. 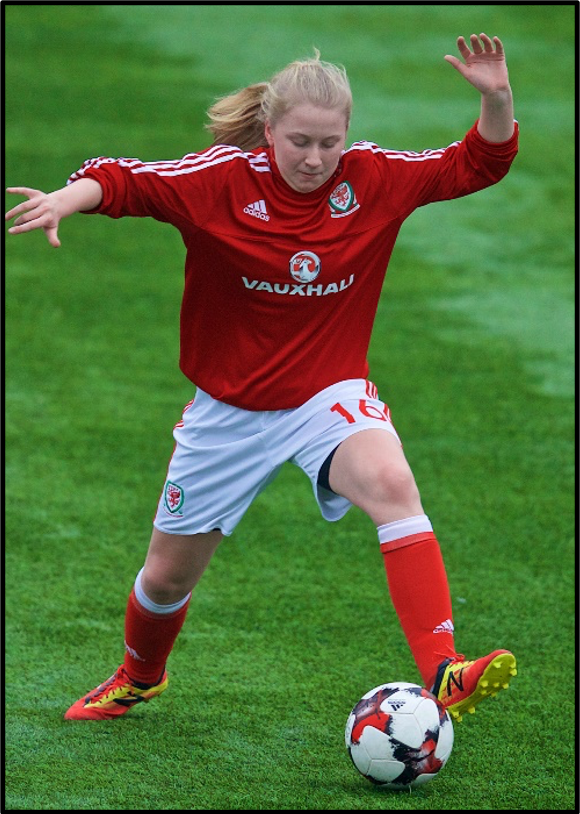 Note: Alan’s research is being supervised by Professor Brendan Cropley (USW), Professor David Shearer (USW), and Professor Richard Mullen (Brunel University) and is funded through a KESS Scholarship with the Football Association of Wales Trust. The research is also being conducted as part of the Centre for Football Research in Wales (for more information please see https://exercise.research.southwales.ac.uk/centre-football-research-wales/).