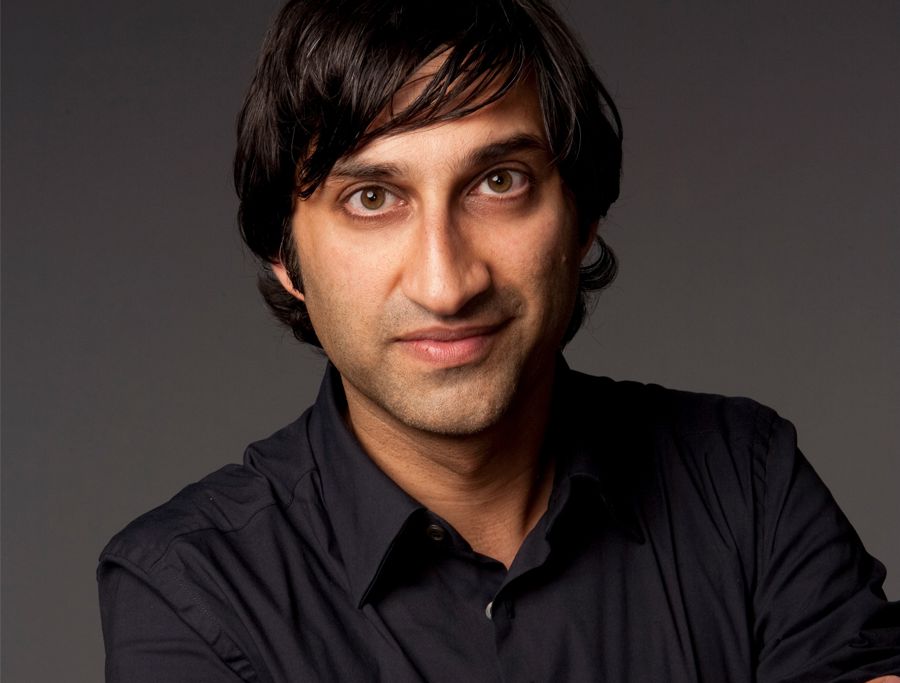 Asif Kapadia is a filmmaker, storyteller, director of the critically acclaimed documentary films Senna and Amy (about Amy Winehouse), and alumnus of the University of South Wales, having studied at the former Newport Film School.

He gave us his top seven tips for getting into the industry and making quality films.

1. Treat documentaries the same way as you treat other films

“‘Senna was like an action film. The aim is always to get people who don't watch documentaries to go and see it because they want to see a good film and they want to be entertained. Maybe they don't like sport or Amy Winehouse but the intention is to get them there for the movie experience.

“The beginning is all about the character. It's about understanding the character and their journey and having lots of layers. It should be as dense and layered and as complex as possible and your job is to tell the story visually. That's what movies should do for me. They're not about people talking and giving you information.”

2. Think about how you use different types of media

“Most of the beginning is shot on mini-dv cameras and personal home video cameras. I think the difference you get from someone holding a video camera as opposed to a mobile phone is that there wasn't a screen at the back, there was an eye piece, and to use the camera you have to look through the eye-piece.

“What you see in the footage is that Amy is talking to them and looking straight down the lens. So, it’s different from when you're on Skype and when you're looking at your phone because you don't have to hold it up to your eye anymore.

“You're looking at yourself and taking selfies and you can point it anywhere and you are holding the camera at arm’s length which, I think, gives you a different shot.”

3. Filming documentaries is about understanding people and building trust

“You have to spend time getting to know people and spending time looking at them and listening to them and for me, with ‘Amy’, a big part of it was just getting people's trust. It was all about trust, it was all about people who thought something awful had happened and it’s like no one had cared in the world. Nobody seemed to have an interest in what was really going on. And then I came along and they didn't have any trust for anyone. So I had to somehow speak to them and listen to them in a way that no one had done before. That was my job.”

4. Learn as much as you can at college or university

“I studied a lot; I'm a big fan of education. I studied at Newport from 1990-92. It was a two-year HND course. It was all shot on film so you had to load the camera yourself, you had to shoot the camera, and you had to cut the film.

“For me it was kind of the end of an era of making film and learning how precious your material is and really having to think before you shoot, which is the opposite of what you would do now when you shoot and then you think. So Newport was the first place to give me a chance to study film.”

5. Do as much as you can, doing whatever you can to learn new skills

“At Newport, I basically spent two years just making movies. I worked for people in every different capacity. It was the process of being a camera assistant, being a focus puller, laying tracking, being first assistant director, being in the art department, doing whatever it took to learn to write and direct my own stuff.

“At that time it was exactly what I needed. There were other courses that were theoretical but my love and passion for filmmaking came from being on set, and Newport was literally two years of being on set.”

“To be any kind of artist, to do anything, but particularly film making, I think you have to have perseverance. I was turned down by every course that I applied to. I was actually originally turned down by Newport but I obviously must have made an impression on the course leader because somebody dropped out at the last minute and I got a call right at the end of the summer saying ‘we've got a place, can you come?’ And they needed to know then and there whether I'd come.

“I literally had a week to travel up to Newport and find a place to stay. I was the last person to get a place and it’s really the reason why I'm here making films today. Because someone turned it down, I got the chance, took it and it got me into making films full-time. It's impossible to do this kind of thing if you're trying to do a day job as well.”

“The main thing is that I'm a director and I tell stories and I think everyone should try to do as much as they can in as many different genres as the can because all of the different dramas and techniques and storytelling can inform your work, so I'm not just a documentary film director.

“For me, I bring all of the things I have learned in drama to documentaries and that's hopefully why they look different and why they're exciting, because I treat them like a drama. And the people I work with also work on dramas and maybe that's why they don't have talking heads because they don't come from that background. They come from telling stories through pictures.”

Find out more about studying Film in Cardiff at University of South Wales.