Lauren landed an S3 Advertising role through her second-year internship 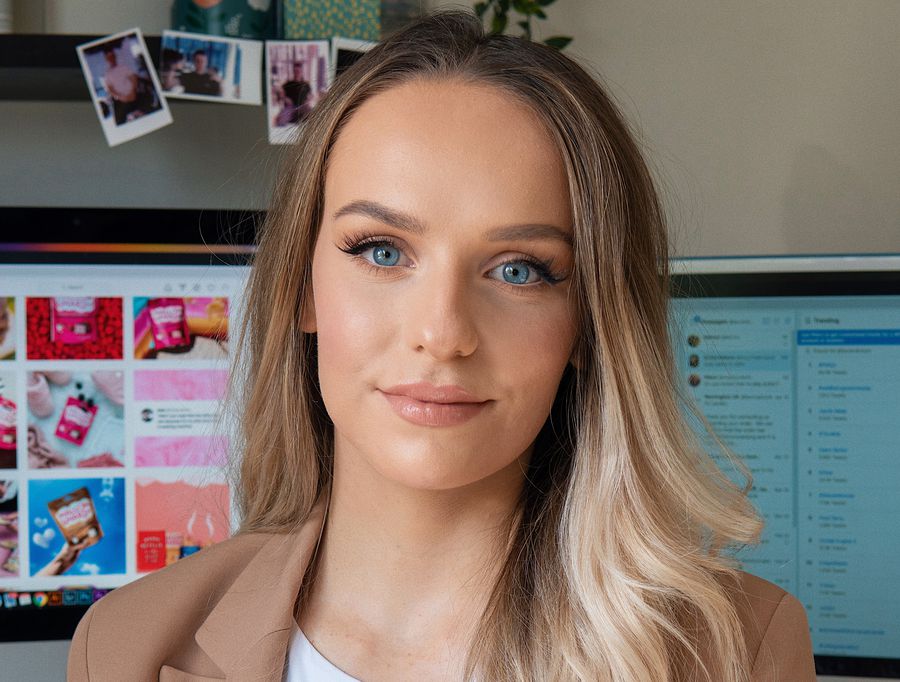 Lauren Dutson, a BA (Hons) Advertising Design graduate, landed a job at S3 Advertising during her second-year internship. She is now working there as a Social Content Executive and has already managed social accounts for Visit Southern Wales and Brace's Bakery. Lauren talks about how she landed the role:

"My journey with S3 began when I was offered a place at the S3 Academy, a two-week programme where they asked me and others in the academy to create a hypothetical coffee shop brand. At the end of this time, we had to pitch our idea to the entire agency. In true industry style, it got pushed forward by a week which meant we had to bring our brand and campaign together in five days!

I took on the role of art director and social media for our brand, Misunderstood Coffee. I created fake social media accounts to show off my social media skills which lead to many people thinking the coffee shop was real, even the people within S3! Online magazines and influencers approached me, wanting to know when the coffee shop was opening and where it was. This caught S3’s attention, and after a successful pitch, I earnt a job at the company.

As I was only in the second year of my advertising design course, I completed a paid summer internship at the company before going part-time in October 2019 during my third-year studies. Balancing work and university projects helped me so much. I felt I had an advantage having already gained so much industry knowledge. I was able to use my clients from S3 for my university work, and the lecturers were so supportive. Throughout my part-time role, I managed social accounts for Oppo Brothers, Mallow & Marsh, Visit Southern Wales, Brace’s Bakery and Story Nightclub.

“Lauren attended the S3 Academy, and it was evident that her skill set was a perfect match to S3. Unfortunately for us, she was only in her second year at the time. We were adamant that we weren’t going to lose her to the big world of creativity. So, Lauren started working with us throughout her final year on a part-time basis. This assisted in her studies, as she was able to put her learning into practice, and assisted S3 with her fresh ideas. Lauren now works for us full-time as Content Exec, and we are excited for her future here at S3; she has huge potential.”